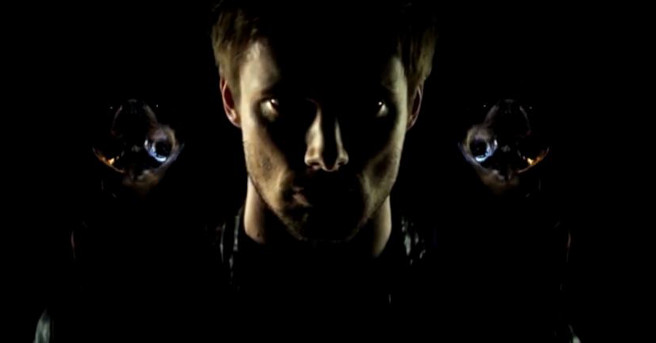 On Thursday (July 9) evening, I attended the panel for A&E’s upcoming show Damien. Damien is a sequel to the 1976 horror classic, The Omen. Set 25 years after the original, the show follows the grownup Damien, who just so happens to be the Antichrist.

Showrunner Glen Mazzara, and actors Bradley James, Barbara Hershey, and Scott Wilson talked about how the show was created, discussed their characters, and teased at what was to come.

Here are some highlights:

Damien follows The Omen, leaving out events from its cinematic sequels. In the TV show, Damien is putting together who he is and dealing with the implications of this. According to Glen Mazzara, “No matter what he does, things get worse”.

After 5 years of playing Arthur on Merlin, Bradley James was looking for a new challenge, which he found in Damien. He taped his first audition when he was in Vancouver filming iZombie.

Speaking of filming in Canada, although the show is set in New York, filming takes place in Toronto.

Barbara Hershey’s character has been an influence on Damien without him necessarily knowing it. While tightlipped on who exactly her character is and whether or not she was in the first film, Hershey said her character has “been in the shadows all along”.

When asked about how she approaches dark, maternal roles, Hershey responded, “I think any one’s inside of us if we dare look”.

Although his character is the Antichrist, James is reluctant to paint him a villain. He says that we all have the capacity to be nice, a capacity to be not so nice, and that Damien is “one of us”. He added that when first reading the script, he wasn’t afraid, but rather felt concern for Damien.

In the series, Damien is a war photographer. The original film had a photography motif. Mazzara was so fascinated by the relationship between supernatural and photography in The Omen, he wanted to bring it up again in Damien.

When asked if there would be more nods to the original film, Mazzara joked, “I love that film, so the more I can rip it off, the better”.

The show deals with the signs of an impending apocalypse. Scott Wilson thought it was a “perfect time for the show. You look around the world and see bad things happening”. He said current events would make people ask questions and start a discussion.

Mazarra said they worked with the rules the original movie set. He also wanted to keep the “heightened, operatic tone” from The Omen, and used music to help accomplish this.

Damien will premiere this fall, on A&E.