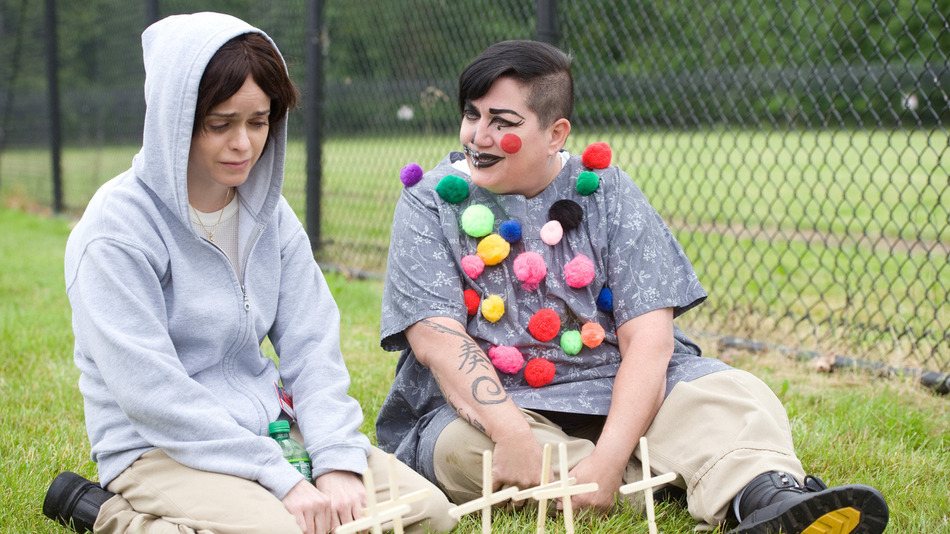 Orange is the New Black is back! It seems like we’ve been waiting forever to check in with the women at Litchfield Penitentiary, and the first two episodes of season three, “Mother’s Day” and “Bed Bugs and Beyond,” were incredible.

“Mother’s Day” was the perfect way to open up season three. Alex came back! And with Caputo at the helm, we also saw that Litchfield has become a gentler place. And the inmates got to throw a Mother’s Day celebration.

But through the celebration, we got to see how prison life really affects both the inmates and their families. The party came to a close after the mothers were forced to lie on the ground. The kids started crying, one dropped her balloon, and they started to follow suit and lie on the ground.

Using Mother’s Day was a great way to look into what makes some of the characters who they are. We got to see a bunch of flashbacks of people with their own mothers. For example, we saw Poussey’s amazing relationship with her mom and how she was dealing with her death in the present. We also saw how Nicky’s mom’s neglect shaped Nicky.

And Big Boo and Pennsatucky had an amazing moment where Big Boo explained that Pennsatucky’s abortions were actually a good thing.

However, the most poignant moment from “Mother’s Day” was the end. Maria had an amazing time with her daughter. But then her boyfriend said that now that the baby is starting to understand things, he won’t be bringing her around anymore. The devastation on Maria’s face was heartbreaking. And it truly showed how little control they have.

“Bed Bugs and Beyond,” meanwhile, was about, obviously, the prison getting infested with bed bugs, which is horrifying.

Plus, Suzanne, so far, has been struggling with people badmouthing Vee. Poussey has been getting more involved in spirituality. And Natasha and Big Boo lost the heroin that Luschek was going to sell.

The biggest moments came from Alex and Piper and Daya and Bennett, though. But honestly, these relationships are starting to get repetitive.

Alex had been terribly depressed because she ended back at prison. After Red confronted Piper over the fact that she lied about Red’s business, Piper realized that she was just as manipulative as her mother. So she told Alex the truth. Alex got pissed. They fought and had sex. And it was basically their relationship.

We also learned a lot more about Bennett’s back story in the army during “Bed Bugs and Beyond.” From a flashback, we saw that he once fled from an grenade.

Bennett’s become pretty frustrating as the show’s gone on. In the present, he proposed after he learned that Daya was thinking about letting Pornstache’s mom adopt the baby.

But Bennett then went to visit Cesar and the family, and quickly decided that maybe having this baby wasn’t the best thing. He left the crib Cesar gave him on the side of the road and sped away. Was the baby better off with Pornstache’s mom? Who knows. But this just proves how unreliable Bennett is.

But “Bed Bugs and Beyond” also set up a critical problem for season three. Caputo learned that they’re shutting Litchfield down. So where will everyone go? And will everyone be fired?