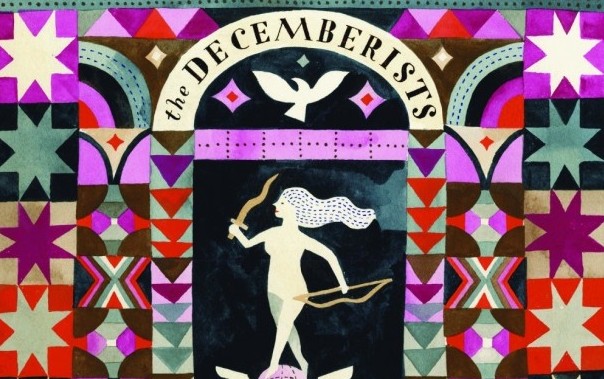 What a Terrible World, What a Beautiful World

“We know you built your life around us…but we had to change some,” Colin Meloy admits freely on the mostly tongue-in-cheek opening track of his band’s seventh album. It has been nearly fifteen years since The Decemberists’ first release, and in order to survive this long as a quirky indie project, change was unavoidable. Whether it is an evolution or a decline, such good-humored pointedness to kick off What a Terrible World, What a Beautiful World gives the band some leeway to take some liberties.

For all the talk of change though, there seem to be few drastic differences here. The band has shifted away from seafaring epics and high-concept theatrics, but their core is still there: superb storytelling, infectious hooks, and Colin Meloy’s signature effusive vocals. The slick production on What a Terrible World, What a Beautiful World manages to sand down The Decemberists’ edges for better and worse. This definitely sounds like a record put out by a major label, but for whatever charm is lost in post-production, this album never sounds like background music – a testament to Meloy’s songwriting.

Even the softest tracks refuse to be ignored. The best of these – and possibly the best cut on the album – is “Lake Song”, a remembrance of a long-ago summer “sweet as honeydew”. Playful piano and deft string arrangements (by journeyman Rob Moose of Antony and the Johnsons) underlie evocative imagery like, “And on this station wagon window/set the ghost of your two footprints.” The result is a feeling of buzzy nostalgia that is hard to shake. On this aural Polaroid Meloy reminds us that he’s the master of his niche: weaving a comprehensive, relatable story while integrating words like “prevaricate” and “sybelline”. He also drops my favorite couplet of the year so far: “Seventeen and terminally fey/I wrote it down and threw it all away.”

The album is not without flaw. There are hokey moments, especially the cowboy call-and-response in “Anti-Summersong”, but then again The Decemberists have never cared about being cool. Quality is uneven here; a cut or two certainly could have been omitted. I choose the stirring but out-of-place “Carolina Low” and the failed surf-rocker “Easy Come, Easy Go.” Despite some clear misses and a too-long run time, What A Terrible World, What A Beautiful World is a fine album filled with smart, pretty songs that hit right where they’re supposed to.