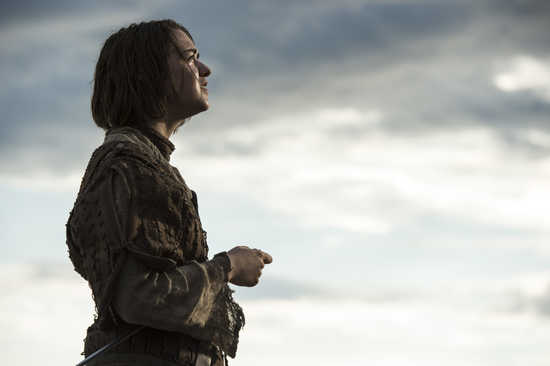 Game of Thrones: The House of Black and White

A certain segment of the viewing population probably felt very satisfied by that last scene because holy crap dragons! But where I fell in love with a last minute appearance from the most obviously name of Danearyses dragons, Drogon, was in how perfectly it encapsulated this week’s theme.

The best episodes of Game of Thrones not only take us all over the Westerosi map, checking in with key characters and moving their individual plots along in a satisfactory way. They also unite this diverse story with a strong thematic link. This week, we see the downside to ruling and the fleeting nature of justice.

Most obviously, this is the text of Dany’s story. She exercises mercy in a bid to avoid becoming the Mad King, before being forced into even greater cruelty. Her people call out to her as their mother, yet turn on her with each poor decision.

It’s also obvious in our first visit to Dorne, where we see Oberyn’s brother, Doran Martel (played by my first crush, the erst while Dr Bashir, Alexander Siddig), espouse a policy of restraint and justice, only to have the fiery waves of vengeance threaten to overtake him. Not to mention the spoken-of-but-not-seen Sand Snakes.

And we of course see it in Tyrion and Varys’s road trip buddy comedy, where the two sit inside a small box and wax poetic about the ephemeral nature of power. “Every pile of shit,” muses Tyrion, “ has someone’s banner hanging from it.”

We see it with Cersei Lannister, who’s power capture seems absolute as she strides confidently into the seat once occupied by Tywin Lannister, standing ready to stack the Small Council with her sycophants. But her actions, as always, are encumbered by a society that doesn’t value her for more than her womb.

But the struggle to maintain a just status quo also informs Sansa Stark, who this week decides to flee from the virtuous unknown in the form Brienne in favor of continuing under the flirtatious tutelage of the devil she knows, Littlefinger. It informs Brienne’s decision, in turn, to continue following the erstwhile redhead who scorned her.

And the desire for justice informs a moment of pure insanity for Samwell Tarley at the Wall, where he briefly forgets just what universe he lives in. He puts Jon Snow up for the position of Commander of the Night Watch and against all odds he win. And for a brief moment it feels like a victory – but we’ve just had a full show telling us to watch Jon’s back.

Which leave us with only Arya, making her first appearance this season. Of all our main characters, Arya has the most profound sense of justice. It’s a sense that has led her far from the main shores of our action, to a land where she stands by herself and with her nobility, just her and her sword against the world. As she has strode away from the traditional halls of power – away from ruling and towards freedom – it appears Arya is as close as she ever has been to safety, taken into the titular House of Black and White, and into the tutelage of a man who’s whole being has remained dedicated to justice.

This was a strong hour, both light hearted and astounding. It was filled with awe inspiring visual effects, and really showed off the scope of the show makers ambitions. I remained slightly off balance with all the new stuff in the show, and with my fear that I will watch the end of this story before I can read it, but the show demonstrates a confidence that makes me want to overcome my vertigo.

To go back to our dragon, who has turned into a symbol of power that cant be ruled, of justice that cant be controlled – we see him make a brief appearance to the mother who started all of this, before taking off to parts unknown. And here we are, just hoping for another glimpse.