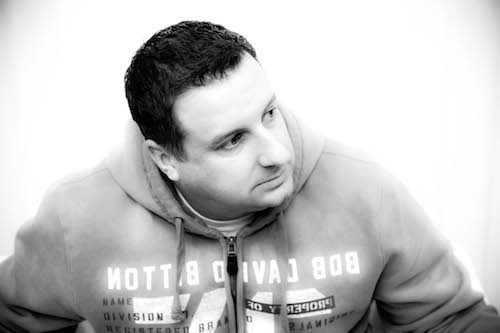 It’s a Saturday night and you’re online at Rise, Waterside or D’Jais premier nightclubs in New Jersey. As you approach the door you can hear the driving beats and pounding bass vibrating under your feet. That sound is coming from the decks of renowned DJ Johnny Budz. He is no ordinary DJ who has elevated himself in the DJ game more than once.

Johnny is known across the East Coast as a versatile artist building a name for him-self with every show. He came up listening to freestyle and old school hip hop learning the necessary rules of the game. Back then DJay’s use to carry milk crates of albums to their gigs where nowadays all you need is a laptop and thumb drive.

He worked his way up in the business by earning his stripes from working local gigs to being one of elite Mixshow DJ’s on KTU and Sirius XM. Johnny’s favorite station growing up was Hot 103 and he was strongly influenced by legends like Franco Iammello, Scott Blackwell, Roman Ricardo and Little Louie Vega. At nineteen years old he used to sneak into NYC clubs like 1018’s, Emerald City and the Palladium to catch their live broadcasts.

“My very first DJ gig was at Players Lounge in Garfield NJ around 1990. I would carry 5 milk crates of freestyle, techno and old school house records and play for 30 people every Saturday night. I had no clue what I was doing. I think the place is a pizzeria now!”

If there was any venue that stood out most for him it was at Club Exit in front of 5000 screaming dance-heads. He also had the opportunity to spin at Amphitheatre in Tampa, Florida with their rotating dance floor. One of his great achievements was his twelve year run at KTU due in fact to the help of Frankie Blue and Jeff Z who believed in his talents. Johnny would move on for a limited time at the renegade station Pulse FM. Even though it was really the first true 100 % dance station in New York bad management ruined its longevity.

This did not stop Johnny from stepping into another grand opportunity when he linked up with XM BPM in 2004. A station that is now a force in the dance music industry and a sort after spot for DJ’s to spin. Johnny’s show can be heard on a national level whereas before it was restricted to only the East Coast. In the midst of all these movements he was also nominated for best Mixshow DJ twice and earned an AIR award twice as well.

“Anytime you are voted for an award by your peers it’s truly an honor!”

As we mentioned earlier in today’s DJ market all you need is a laptop and a thumb drive. Johnny who has come from the “hard knocks” of the DJ line also realizes the difference and how it has become a bit less about talent and more about budget.

“Well it’s given people a better opportunity to become a DJ. It’s much easier now than it was 20 years ago obviously. Unfortunately it definitely has watered down the market. A club owner can be talked into hiring a ‘bedroom DJ’ for a very low price without understanding how that can hurt his club if the DJ isn’t very good. They even book 2-3 DJ’s nowadays instead of 1 established, more talented DJ. The idea of going to a club to hear a DJ spin all night really is disappearing and that’s a shame.”

Besides working nightclubs Johnny has also produced remixes. He has remixed such artists like Ciara, Missy Elliot, Ludacris, INXS, Brandy, Janet Jackson etc. Even though he is proud of every single project one does stand out for him. He remixed the track “Everything With You” by D-Fuse which ironically was the least popular out of the others.

Johnny is always on the move and diversifying his talents. He also runs one of the most elite entertainment mobile services in New Jersey. Elite Sound Entertainment (www.EliteSoundEntertainment.com) is an all you need party package for any event. He began the company in 2002 and has made it his business to offer the best in entertainment. They have done everything from Weddings, Sweet 16’s, Proms and Corporate events. Johnny Budz coming from humble beginnings has managed to sit among the legends he grew up with. To experience the talents of Johnny Budz either catch him live at clubs like D’Jais, Waterside or Rise or join his podcast “Johnny Budz Hit Factory” on ITunes and sound cloud.