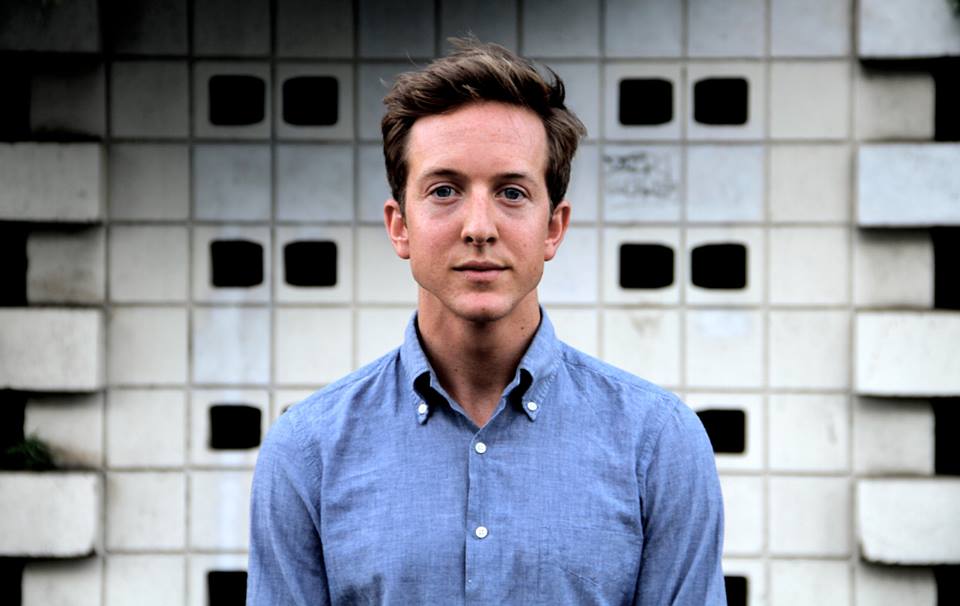 Before we announce the winners of the 2014 My Cinema Awards, we’re proud to present our annual Nominee Interview Series.

People like to say that the romantic comedy is dead. Screenwriter Mark Hammer isn’t interested in a world where that’s true. In 2014 he set about proving those people wrong by writing one of the most delightful VOD surprises of the year- Two Night Stand. Trapping the delightful Analeigh Tipton and a pre-Whiplash Miles Teller in a New York apartment during a blizzard, Mark proved that all you need to keep the rom-com magic alive is two charming talents, a gift for banter, and a whole lotta honesty.

Do you remember the first thing you ever wrote?
The first thing I remember writing was a sprawling unfinished novel inspired by my love for the movie Waterworld.

Who are some of your favourite writers?
My favorite writer is my girlfriend Chiara Atik which sounds so corny but it’s not biased because she was my favorite writer before I met her. I emailed her and introduced myself because I was such a big fan of her plays. I also love Brian Duffield’s scripts. Whenever he has a new spec come out I’m really excited to read it.

Is there a film that you hold up as having the best screenplay ever?
City Slickers and The Celebration are two of my favorites.

What is it about romantic comedies that made you want to participate in and add to the genre?
I love romantic comedies and the more I hear people say they’re a dead genre the more I want to write them. It’s a genre with a lot of well trodden tropes (same with horror) so it’s easy to be predictable. That’s the challenge. But all they are at their core is funny stories about love. And there’s no reason that should go out of style. I’ll keep fighting the good fight.

Where did you get the idea for Two Night Stand?
The idea came from a story my old roommate Zach Zirlin told me. He was stuck after a blizzard with a woman he met the night before and I instantly thought it would make a fun movie.

The film deals a lot with the dueling perspectives of a modern man and woman (a lot like When Harry Met Sally did back in the 80s). As a male screenwriter, did you have a female co-conspirator you went to when writing Megan’s perspective?
I didn’t have a female co-conspirator during writing. That would have been helpful! The embarrassing truth is Megan and Alec are just me talking to myself.

How does the film reflect your own point of view and experiences?
It reflects my point of view that men and women should talk more. About everything. From the start. Because if you wait it gets too hard to talk honestly later on.

Walk me through the writing process. How long did it take you from concept to final draft?
It took about a month to write half the script. Then I got stuck at the end of the second half (when she finally leaves the apartment) and I put it in a drawer for a while. I talked about the idea in a general meeting later and their reaction encouraged me to dust it off and finish it.

So you have a completed screenplay. Now what? How did you go from final draft to the Black List to production?
My manager Tom Drumm of Think Tank Management was amazing and sent it out to everybody. I have no idea how things end up on the Black List but I was obviously thrilled when that happened. It was all thanks to Tom.

Tell us about casting. How did Annaleigh Tipton and Miles Teller fit into or change your view of the characters you’d written?
I don’t picture characters when I write but both of their audition tapes jumped out at me. It’s wild how you watch hundreds and then suddenly one or two will stand out so much. They both did a great job.

You’re credited as a producer on the film, not just the writer. How hands-on were you throughout the process with director Max Nichols?
I was on set the whole time but it was more just to watch. It was my first time on a film set so I was happy to be there. I learned a lot.

The film takes place during a blizzard but filming was hindered by Hurricane Sandy. How did the storm impact production?
Hurricane Sandy came and trapped Miles and Analeigh in their hotel for two days, which is a bizarre coincidence. We lost a day of shooting but that was it. I wish we could have had cameras rolling and just made it a hurricane instead of a blizzard. The production value would have skyrocketed.

Natural disasters aside, what was the toughest obstacle in getting the film made?
I’m not really sure about the toughest obstacles to getting it made. As the screenwriter, once you pick producers you’re pretty protected from a lot of the headaches and set backs they have to endure. I don’t envy their job! Making low budget indies is just as much work for them (if not more) than making big budget movies. And there’s a lot less potential upside. So I’m grateful that Beau Flynn and Adam Yoelin and Ruben Fleisher and Max Nichols took the time and effort to make it happen.

In what ways does the final film diverge from what you imagined while writing?
Maybe the finished film is more of a dramedy than I had imagined. I saw it more as a straight comedy. But that’s the director’s sensibility coming through. He’s a softie!

How do you feel about Two Night Stand’s reception so far? Do you feel like audiences are getting what you wanted them to take away from the film?
It’s strange when a movie’s release is mostly VOD because you’re not seeing it with an audience. That’s okay though. People are watching it on their computers in bed so that would be uncomfortable for everyone if I was there. But I hope people enjoy it!

What’s your favourite moment in the film?
My favorite scene in the film is when they’re giving each other notes on the night before. I think Miles and Analeigh are really funny in that scene. And I hope it encourages people to have their own talk after they see that scene.

What are you working on now?
I’m working on a movie I wrote called You’ll Be the Death of Me for Mandeville and Summit. It’s a romantic comedy/slasher movie… which nobody is asking for. It’s really fun though. I hope it gets made. Besides that I’m writing other specs. My biggest advice for working screenwriters is to continue to write specs rather than trying to sell pitches all the time. You will be happier. Guaranteed.

Is there anything you’d like to add?
Thanks for talking to me! It was fun to take a walk down memory lane!