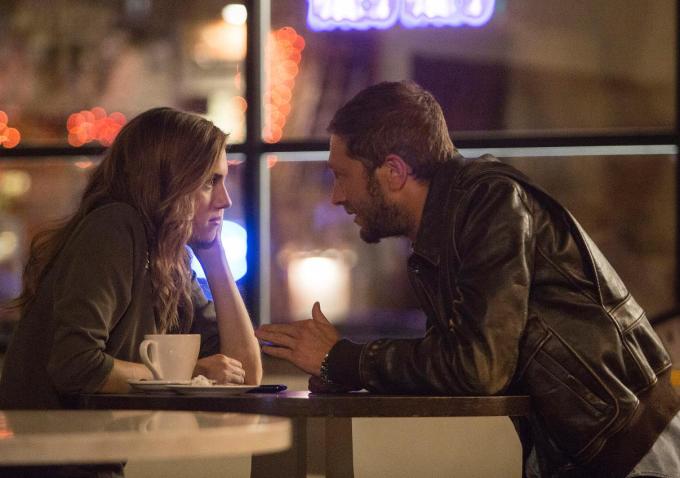 I thought this week’s episode of Girls “Tad & Loreen & Avi & Shanaz” was amazing. Coming out of therapy and just after Hannah’s mom Loreen got tenure, Hannah’s dad Tad told her he was gay. It did seem like Tad had a lot on his mind when he went to see Hannah. And Loreen did not handle it well. But they had to go to a dinner party to celebrate Loreen’s tenure where another professor, Avi told her that he’s in love with her. They apparently slept together at some point. Needless to say, this was all just too much for Loreen.

Hannah, meanwhile, was exactly the teacher I’d expect, gossiping with her student and going to get friendship piercings together. Hannah, of course, backed out. She’d also been thinking a lot about her date with Fran. When Fran told Hannah that she’s too dramatic for him, Hannah just could not understand. Fran ultimately told her that she’s the one confused about who she is. He knows exactly who she is.

So Hannah called her mom and went on and on about how not dramatic she is. So absorbed in her tirade, Hannah didn’t even hear her mom trying to interrupt. Finally her mom just blurted out that Tad’s gay even though she wanted Tad to be the one to tell him.

Meanwhile, Shoshanna finally had that date with the soup guy. Beforehand, she got some advice from Jessa, who’s still trying to win Ace over and told Shoshanna to do something surprising and romantic on her date.

Shoshanna also helped Ray pass out flyers for his campaign. They wound up talking about their love lives and Ray admitted he still wants to be with Marnie.

Finally, Shoshanna went on the date and it actually went pretty well, despite Shoshanna’s awkward use of Jessa’s advice. I’m actually pretty hopeful about their relationship.

Who am I not hopeful about? Marnie and Desi, who had a huge fight over Desi spending their entire advance. Marnie tried to explain why she got so upset and how money destroyed her parents’ relationship, but Desi had something important to say. After their fight, Desi decided he had to make some big romantic gesture, so he proposed to Marnie. Of course, Marnie was over the moon and said yes, but somehow I don’t have the highest hopes for this couple.