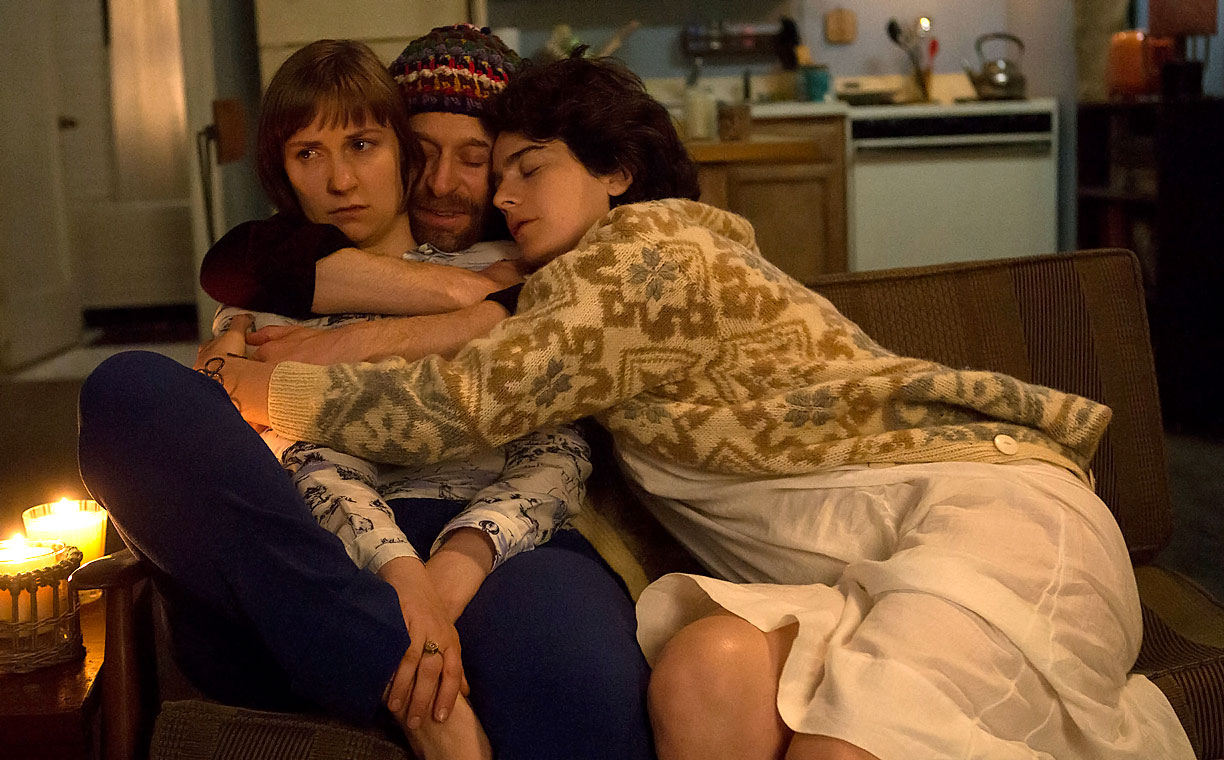 Girls’ “Sit-In” was actually pretty sad. When we last saw Girls, Hannah had just found out about Adam’s new girlfriend Mimi-Rose Howard. During “Sit-In,” we saw Hannah deal with her heartbreak.

And she did not start out dealing with it well. Locking herself in her old room and refusing to come out, Hannah even peed in the trash instead of leaving the room to face Adam and Mimi-Rose.

Everyone stopped by to try to help Hannah out throughout the episode. Shoshanna was first, with no luck. Then Jessa stopped by and revealed that she actually set Adam and Mimi-Rose up. Jessa was not sympathetic and was clearly still bitter Hannah had left. They ended up hitting each other and Jessa left.

Then, two of my favorite characters on Girls made an appearance: expectant parents and very weird couple Laird and Caroline. I can’t help it. I just love these two.

Next up was Ray, who wound up talking about his noise pollution problem and helping Hannah after she burned her hand. But he said that she didn’t deserve this.

Marnie finally showed up after being MIA all episode. She had been too busy being happily living with Desi and was also scared to tell Hannah that she thought that she should let Adam go.

Finally, at the end of the episode, Adam and Hannah had a heart-to-heart. Adam said their relationship hadn’t been working even though it was special and that things with Mimi-Rose were good.

Hannah kept hearing that Adam was happy now and that she was the one who had left and Adam even admitted that he felt relieved when Hannah went to Iowa. So this breakup did feel right. It was time. Still, somebody could have told her.

In the end Hannah left to go to the storage unit that Adam got her and sat on her couch and cried. It looks like Hannah and Adam are done for good.