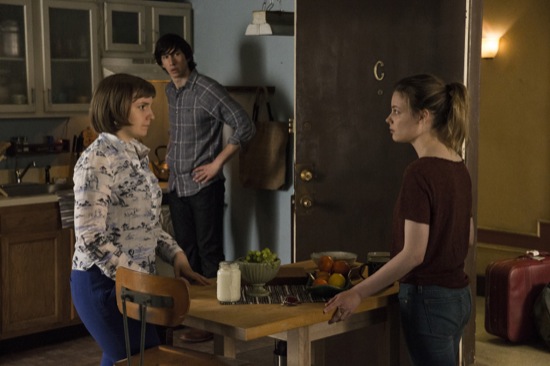 It seemed like everyone reached their breaking points during Girls’ “Cubbies,” even Hannah’s dad. And just when it started to seem like things would be okay for some of them, of course things went terribly wrong. What else was I expecting?

Reeling from job rejection after job rejection, Shoshanna went to talk to Ray, who happened to be screaming at a bunch of cars who would not stop honking their horns thanks to a new traffic light. I loved it.

After the way Shoshanna dealt with her last job interview, we knew there was no way she was going to get a job anytime soon. She and Ray bonded and became friends again and Shoshanna advised Ray to go to a city council meeting rather than scream like he always does. Could this be the beginning of Ray’s political career? I can only hope.

Marnie, meanwhile, was having her own problems. She and Desi were not working well together after their break up. She also showed Marnie and Jessa their new music and they described it as the kind of song that you hate until it plays on the radio so much you have to love it, which was probably spot on.

But things really took a turn later in the episode. Desi showed up to tell Marnie that he finally told Clementine about them and dumped her. Of course, Marnie was so happy thinking that he left her for her. But really, Desi thought Clementine was cheating and wanted to be the one to leave her. Still, Marnie grinned as Desi told her he loved her through his tears.

But as usual things were even worse for Hannah. She wrote an “apology” note to her class after the disaster at the party, but they called it a hate note and things got really heated in her class. After the class, her professor had her stay and told her Iowa may not be for her. Her dad randomly came to visit and they talked it out, though he seemed to be having his own problems.

In the end, Hannah decided to go home to New York and was so happy about it. We all knew she wasn’t going to be in Iowa long. I guess she just left Elijah there though. But when she came home to Adam, Gillian Jacobs, who plays Mimi-Rose, was in her apartment. So we’ll see how that plays out next week. I honestly can’t wait to see more of her.