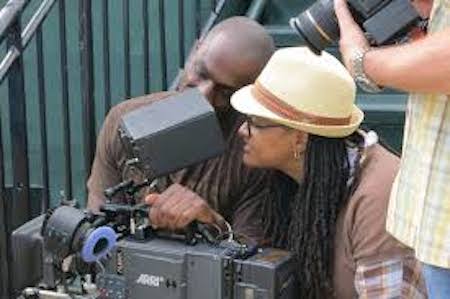 The Academy and Diversity this Year

Last year’s piece about diversity and the Academy Awards contained some cold hard facts from the LA Times about the break of the gender, race and age of Oscar voters. Over the past couple years the Academy has been attempting to stay relevant, and clean up their bad press with regard with these statistics, they have even allowed jokes in their telecast last year.

Ellen DeGeneres was a great host last year; she is a very funny person, and one of the few women to host the telecast, more on the gender gap later. In her opening monologue DeGeneres joked that the night could end in one of two ways. “Possibility number one: 12 Years a Slave wins best picture, Possibility number two: You’re all racists.”

Funny, yes, but in thinking back on the remark and the year that happened after 12 Years a Slave, it leaves you with bad medicine taste in your mouth. The best part about the joke is that it came from DeGeneres who people let into their homes during weekdays; she is seen as harmless most of the time, but when she gets biting or political she leaves her mark. This is the joke I remember most from Ellen, outside of the selfie and the pizza bit.

It seems like the Academy members as a collective felt like they did their part last year, they voted for the black film, the film about the horrors of slavery, and once again numerous performers, and films, and technicians were snubbed.

The obvious snub this year was Ava DuVernay; she was heavy favorite in the Best Director category, and the same can said for Selma across the board except for Picture and Song. DuVerney would have been the first black female nominated in this category. How a film gets a Best Picture nomination and one other nomination in Best Song is unfathomable.

If you move past Selma, you would find that Chadwick Boseman who played James Brown never even entered the conversation for awards attention, not even at the Globes, and bio-pics about famous musicians usually always get a lot of attention, look at Ray Charles, Johnny Cash, Glenn Miller, and many others. Oscars were far too into bio-pics about the polarizing Chris Kyle character, or as usual they had a hard on for English accents and nominated Benedict Cumberbatch for playing Alan Turring in The Imitation Game. Both fine performances, but come on Academy!

While Boseman would not have made my top five either, David Oyelowo would have for playing Martin Luther King Jr. in Selma; he was fantastic and this was the first film about a Civil Rights leader, something you think the Academy would drool all over, but since the film was not neat and tidy, it was ignored. You can blame screeners, or poor time of year on Selma’s snubs, but there is something at the core of the Academy which speaks to this disconnect.

These were not the only performances snubbed, there were two black women who also turned in some fine work, and since they did not play a maid, or did not submit they seemed to be ignored. Tessa Thompson was fantastic in Dear White People, which should have gotten more attention, while it hit you over the head sometimes with its message, it’s a message people need to have hit them hard. Gugu Mbatha-Raw gave two excellent performances this year in Belle and Beyond the Lights.

For Ms. Mbatha-Raw I am going to focus on Belle, which is a period piece set in the late 1700s Engalnd. Now when I said the Academy has a hard on for British period pieces, I did not lie, the Yanks liked the Imitation Game more than the Brits, Game did not win a single prize at the British Academy Awards, BAFTA. Belle is a film that seems to fit in their wheel house, only it stars a young black woman who challenges the system, and laws put in place that allow slavery in England. After watching it this weekend there is no reason this film should have been ignored, but her lead performance was not uttered once during award season. Could it be that these strong black women did not fit the Oscar performance mold? Some will argue she is a new fresh face, and was not attached to a serious Best Picture contender, but in the the Best Actress category 4 out of the 5 are not in Best Picture nominees this year. Women just seem to be left behind, especially in the director category.

This was also a year where women women were not taken seriously in Directing, and writing. As mentioned above DuVernay would have made history, but its a big deal when a women is nominated in this category. Over the 87 years four women have been nominated for Best Director Lina Wertmuller for Seven Beauties (1976), Jane Campion for The Piano (1993), Sofia Coppola for Lost in Translation (2003), and Kathryn Bigelow for The Hurt Locker (2009). Bigelow had the chance to be the first double nominee in this category, but she was snubbed for her direction for Zero Dark Thirty. In the 87 years of the Academy Awards women make up .0009 percent of the director nominees, an abysmal statistic. Women of color make up 0 percent of the nominees.

Female directors are a group who always seem up against the systemic pressure of male dominated Hollywood. One strong example of this was a quote from Lexi Alexander who directed Punisher: War Zone. Alexander was an early favorite to director Wonder Woman, but turned the gig down; in an interview with Forbes she talked about another woman who most likely had the job “If she says yes (to Wonder Woman), everybody will be very happy, including me. I don’t see at this point why anyone would say yes. There is huge pressure…. If [a female director] does fail, then all of a sudden it’s ‘All women suck at directing.’

It’s a systemic problem that this problem exists for female directors in film, and proves there is so much more scrutiny on them than their male counterparts. If Unbroken had not made a ton of money, or had been directed by a woman that was not Angelina Jolie, it would have made a lot of press that female director failed. Catherine Hardwicke was the first female to take on a big franchise and due “scheduling conflicts” she did not return for the sequel. Still not sure if the studio fired her or not, although Hardwicke says no; she has also openly talked in Variety that since doing Twilight there have not been many offers to direct other things. Look at all the other men who have filmed these crappy franchise films, has this hindered any of their careers? My money is on no.

One of the other big snubs this year was Gillian Flynn, who would have been the first female nominee to adapt her own book, into a screenplay and earn a nomination. There have been numerous women nominated in both screenplay categories, but that would have been a big first. Gone Girl was also a serious contender for Best Picture, and was one the only serious contender to have a female lead. I do not count The Theory of Everything, while Felicity Jones is the only Best Actress nominee in a Best Picture contender, the film is about Stephen Hawking, and people call it the movie about Stephen Hawking. Gone Girl would have been a credible Best Picture nominee, and its protagonist played by Rosamund Pike, who is nominated, would represent a much stronger woman’s perspective.

At the end the Academy Awards want to be seen as the pantheon of respectable film making, but they are losing this credibility as the years go on. When the Academy leaves out the stories of different identity groups they look like an out of touch insular group. Thank God Selma was nominated for Best Picture or that joke from Ellen last year would have made this awards telecast even grimmer than it already has become.