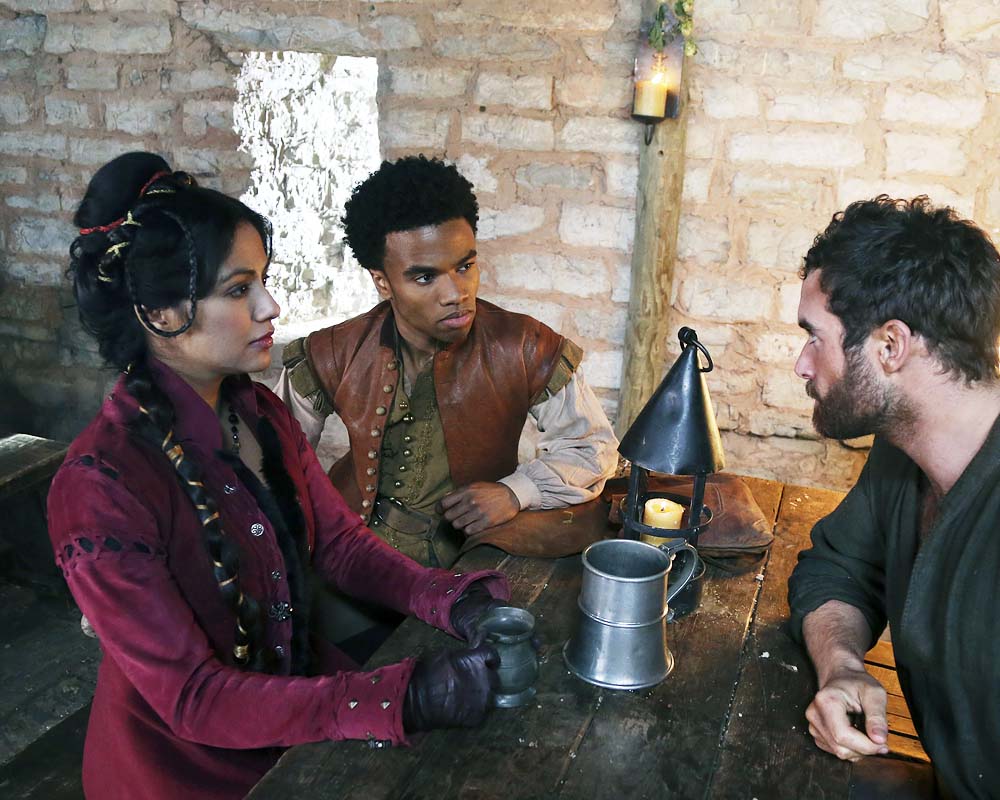 ABC’s Galavant is completely and utterly absurd, ridiculous, and a whole lot of fun. It’s certainly the finest medieval musical comedy on TV right now. While not without its faults, Galavant is a fun romp, taking full of advantage of its charming cast and the talents of veteran songwriters Alan Menken and Glenn Slater.

The show follows a washed-up knight, Galavant, who is only cajoled into going on a quest by a princess who promises a priceless gem and revenge on the evil king who stole his one true love.  The problem is Galavant is no longer a dashing knight, and his love, Madalena is no damsel in distress, having dumped Galavant in favor of the fame and fortune being queen would bring her. The show spins popular medieval/fantasy tropes and staples and brings a humorous edge to them. Hungover jousting anyone?

The biggest problem with the show is how short it is. While ABC airs two episodes together, the episodes themselves are only half an hour long. With the (admittedly funny) song and dance numbers taking up a good part of that time, the plots are simplistic and the characterizations a little shallow at times. Galavant isn’t trying to be an intense character study. In fact, the characters are purposefully outlandish. But you can have outlandish characters with a little more depth to them. Funny as Galavant is, how many seasons will viewers tune in for if the characters remain caricatures? For the sake of longevity, hopefully it can expand on some of its characters in its remaining six episodes.

The show is helped greatly by a talented cast with strong voices. Many of the lead are probably new to American audiences. Joshua Sasse is a great leading man. While Galavant is simultaneously arrogant and a little pathetic (he spent a year sulking because his girlfriend dumped him), Sasse is charming enough that Galavant is a lovable loser the audience can root for to bounce back, instead of insufferable. Galavant, the Princess Isabella (Karen David) and his squire Sid (Luke Youngblood) are a fun trio to follow in their quest to ‘rescue’ Madalena and reclaim Isabella’s kingdom. They balance each other out well. It’s almost the Game of Thrones Brienne-Jaime-Pod buddy road trip comedy spin-off I dreamed about.

(Side note: Youngblood played Lee Jordan in Harry Potter. Between him and Alfie Enoch/Dean Thomas starring in How To Get Away With Murder, ABC seems to be snatching up Gryffindor alum to star in their shows this season. Let’s get Rupert Grint a series).

Opposite the ragtag heroes is King Richard played by Timothy Omundson (Lassiter from Psych). Richard is a tyrant, but he’s more like a child throwing a constant temper tantrum than actually evil. The wimpy king is paired with the overly masculine Vinnie Jones as his bodyguard, and the cold, selfish Madalena (Mallory Jansen). It’s another odd trio that works.

With completely ridiculous characters, clever (and sometimes dirty) songs and spoofs on medieval clichés, Galavant is a fun show, but it’s not for everyone. But for musical fans (especially if you enjoyed Spamalot or Once Upon a Mattress), or people looking for a comedy that’s different than anything else currently on TV, Galavant might be just the thing to liven up their TV schedule, especially during the long winter hiatuses.