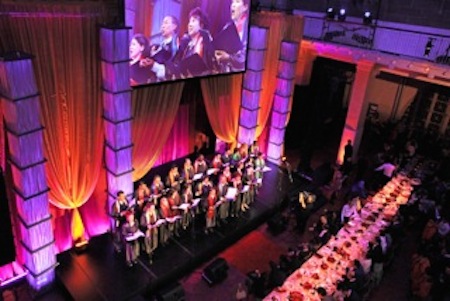 New York City has always been a key location for those in search of A-list entertainment. From film to music to live theater, it’s an American Mecca for artists looking to expand their craft and cement themselves amongst the New York City scene. However, no artist has done so quite like entrepreneur Dean Vali, President of Bounce Entertainment.

Dean comes from a family of entertainers. His father, Gus, was a musician. And he taught his sons from an early age the ins and outs of the music business. At first, Dean played in his father’s and years later he would use that knowledge to create his own company: Bounce Entertainment.

The company is like no other in New York. For the city that has everything, Dean has created something new—live entertainment on demand; any type, for any event. From large-scale bands to live dance performances, Bounce Entertainment offers a “full service” solution to an industry that has remained stubbornly “a la carte” for so many years.

“’Full service’ is an over-used word,” says Dean Vali, “but it best describes what Bounce can do offering, musicians, singers, dancers, celebrity DJ’s, a wide range of ethnic and ‘NY-centric’ talent, sound, light production, contracting and headline acquisition. We like to tell our clients, ‘If you can’t find it? We probably have it. And if we don’t, we WILL find it.’”

Founded in 2008, Bounce Entertainment has quickly become involved in some of the most impressive projects around New York. Events like Boomer Esiason’s “Boomer Celebration” Gala for Cystic Fibrosis at the Waldorf Astoria and the Titanic 2 Celebration aboard the USS Intrepid are just a few of examples of Bounce Entertainment’s ability to create custom events in some of the city’s most famous venues. In keeping in line with Dean’s penchant for creating something spectacular, the Titanic 2 Celebration not only featured specially commissioned music from the original 1916 voyage, but 100 NYPD Bag Pipers, and an after party from down under starring Australian Rock Group “The Little River Band.”

With innovation in mind, Bounce Entertainment continues to add new products every day. Shows like “Broadway Salute” recreates iconic songs and scenes from The Great White Way, while the “American Songbook Tribute” transports the audience to the Golden Age of music with Sinatra, the Andrew Sisters and Marilyn Monroe. Going beyond the classics, Bounce Entertainment also offers a fast-paced hip-hop review called “Streetz of New York,” one of the many major projects that have helped Dean earn the June Briggs Award this month, presented by the Destination Management Community for promoting New York as a key entertainment destination.

As for which service is most sought after, Dean explains that it always come back to music.

“We are first and foremost a music company. Our musicians and bands are most requested. Whether it is small atmosphere applications from Japanese Koto to Electric Violins, or a grandiose gala or awards dinner that features dance bands of up to 22 pieces.

Many would wonder how Dean manages to acquire so much talent. From musicians, singers, actors, dancers, choreographers to production staff, he has a database of over 2,700 contacts. This list was built because Bounce Entertainments main goal is to customize every event to the best of their abilities. They’ve shared the stage with celebrities, talk show hosts, actors, politicians and even two Presidents, and the one key point to Dean’s success is his refusal to take a back seat to making the event the best it can be. Ask anyone, and they’ll tell you it isn’t uncommon to find him working certain events himself, and if he can’t be there, a trained representative will be assigned to make sure things run smoothly.

Simply put, hard work is in Dean’s DNA. Bounce Entertainment is located in New Jersey and operates in, not only New York, but around the world, and he admits that his company’s knack for over delivering starts with him and his Greek background.

“My family, like most Greek families, is full of hardworking entrepreneurs. I owe my great success to my “Greek/American DNA” because, for me, there’s always the next thing.”

So what’s next for Dean Vali and Bounce Entertainment?

“Right now we’re working on some big ideas for 2015. We’re in the design phase of creating a candy cart that’s a giant replica of New York City, featuring an actual working subway train set. And we’re also in the early stages of developing our own line of photo booths.”

In other words, STAY TUNED…