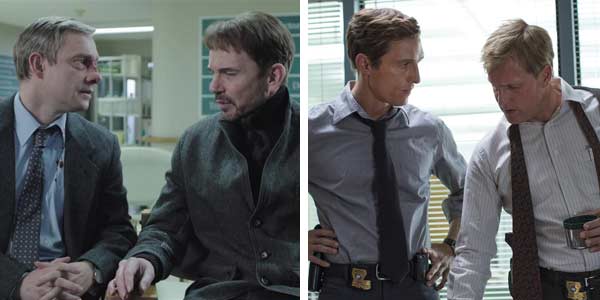 People who do not watch a lot of television may be scratching their head at yesterday’s Golden Globe Television nominations. Asking, where are Modern Family and The Big Bang Theory? Or what are The Affair, Transparent, and The Knick? All good questions, and they can be answered with a simple, the Golden Globes love new shows. On to the most nominated series/films.

Let’s move on to some of those new shows I talked about earlier on the Drama side, like The Affair, which is in a three-way tie for the most nominations in the Drama category with The Good Wife, and House of Cards. Each has 3 nominations. The Affair is a fantastic new drama on Showtime, and it has the chops to be a winner in one of its three categories. Old favorites Dowton Abbey (2 nominations), and Game of Thrones (1 nomination) round out the Best Drama nominations.

Here’s a joke to start out the Best Comedy categories, none of the winners from last year are nominated this year. Oh wait, that’s not funny. Brooklyn Nine-Nine, Andy Samberg, and host Amy Poehler were all snubbed in their perspective categories, which is why I love and question the Globes television nominations.

One of the best things about this year’s Globes Comedy/Musical nominees is that four out of the five nominees are created by women, which is a fantastic feat. Three of the show’s star feature a woman as a central character, and the fourth features a transgender woman. Pretty impressive! This would never happen at the Emmy Awards.

While you may find these nominations a bit quirky, I always find their television nominations the most refreshing. So add a new show to your list, and my advice is either The Affair or Jane the Virgin. In fact you should do both, but start with The Affair, then follow it with Jane; she will brighten your day.

Best Performance by an Actress in a Television Series – Drama
Claire Danes, “Homeland”
Viola Davis, “How to Get Away with Murder”
Julianna Margulies, “The Good Wife”
Ruth Wilson, “The Affair”
Robin Wright, “House of Cards”