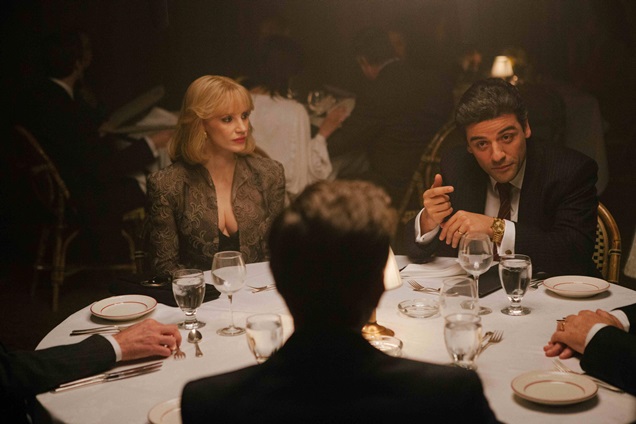 Slow Burn of Intensity: A Most Violent Year

JC Chandor may be a new name to a lot of people, but he is single handedly pushing and re-inventing acting led dramatic films. Within the last three years Chandor has explored the recent financial crash, one man’s struggle with the tempestuous sea and himself, and the heating oil business of 1981, one of the most violent years on record in New York City. Ambitious, but all well executed.

In 2008’s Margin Call, Chandor pulled together an impressive ensemble, which included Kevin Spacey, Jeremy Irons, Stanely Tucci, and Demi Moore, to name a few. In 2013 he went with the one man show of Robert Redford in All is Lost, and how can you go wrong there. In each of these projects he delves deep into human nature, and lets actors help convey the extreme depth of each situation. A Most Violent Year succeeds because Chandor’s directorial style continues this pattern.

Abel Morales (Oscar Isaacs) is attempting to be the good guy in the crime ridden world of the heating oil industry.  At every turn Abel and his company are hit with road blocks; his trucks are getting hijacked, and his drivers hurt but Abel wants to stick to his code, and do things the right way; he wants this business to focus on honor, and letting your word speak for itself.

Anna (Jessica Chastain) looks at the world from a different viewpoint; she was raised as the daughter of a Brooklyn mobster, who sold his company to Abel. Anna sees the reality of the impact the mafia has on the system, and she wants Abel to fight back, so they can continue to grow their company, and purchase new land.

The film’s slow burn style ups the ante at every turn. Abel works hard to secure the money to purchase this new land, and you watch him battle the culture around the industry, the inherent greed of the product and times, and watch him battle to keep his honor and respect while keeping his family safe.

A strong part of this film’s strengths comes from the performances of Oscar Isaacs and Jessica Chastain. Isaacs is perfection in this role, Abel will be compared Al Pacino in The Godfather, the man trying to do right by his family, but that is where the comparison stops. Isaacs takes this role into a much different direction; he uses his convictions mixed with his heart to lay everything on the line. Abel has had to struggle to get to this point in his life, and even though he is told by the D.A. (David Oweloyo) that he is being investigated for cooking his books, he holds true to the fact that his business is built on his moral compass.

As the film progresses and Abel is continually meant with obstacles there are moments when his reserved veneer start to crack. Isaacs plays each moment to perfection; he is a man fighting a system, with every ounce of his heart and soul.

Jessica Chastain’s Anna plays it just the opposite, while she is fighting for their family as well; Anna is more willing to do things illegally, and much more casual about the consequences. Anna is a product of her environment, and Chastain hits it out of the park with this role. This is what Jennifer Lawrence should have been in American Hustle.

This film takes place two years after the 1979 Oil Crisis in the United States, which was known as the second oil crisis or oil shock. The film also takes place about two years before the deregulation of Wall Street, and the resurgence of the Wall Street millionaires. Chandor paints a broader stroke than ever before; he shows the rotten history to the birth of Regan’s “Me Generation.”

Chandor uses the era, and the background of his lead characters to help paint the broad stroke of his film. Abel is a child of immigrants from nothing, while Anna comes from crime boss. Chandor makes Abel a respectable man, someone who can provide guidance to his drivers like Julian (Elyes Gabel). Chandor also positions these two perfectly with juxtaposition symbolic of the economic time. Chandor states that timing is everything.

Abel has made it and conveys to Julian another immigrant that he can make it too. Julian is the first driver we see attacked in the beginning of the film; he is pulled from the truck, and his sense of fear strikes a tone throughout the film. Julian is much less protected than Abel. Yet there is something about Abel, and again Isaac’s performance that makes him and his experiences complicated. You want to believe Abel believes in Julian, and is looking out for him, but isn’t it always about Abel? Chandor gives Abel depth; he is a tough man to figure out, and the beauty of this character is that you may never know his true motive.

Chandor has a third major character in this film, and that’s New York City. In the past Chandor has created self-contained stories, but Year not only focuses on Abel and Anna, and the heating oil industry, but a rancid economically crime ridden New York City. Cinematographer Bradford Young (Pariah, Middle of Nowhere) does a fantastic job of showing the malevolent nature of 1981 New York. Young makes you feel as though you are back in 1981New York, his wide angle shots position you into the perfect place.

While the performances hold you in place, the visuals set the tone, and the script is well constructed, the films last close falters ever so slightly. There is an incredible build, and the impact of the ending did not me as hard as it should have. I also felt the title to be a little misleading.

With minor complaints out of the way, Chandor does a good job of creating a gripping dramatic experience that will keep viewers hooked. There is a blend of idealism, and the so-called “American dream” which build from subtle to the intense. Chandor plays to the insecurities of these concepts, proves while they are always in reach, they are often invisible, and human made by those in control of the systems. In the end Chandor succeeds, proving he is a master of the modern cinematic experience, thinking outside the box.