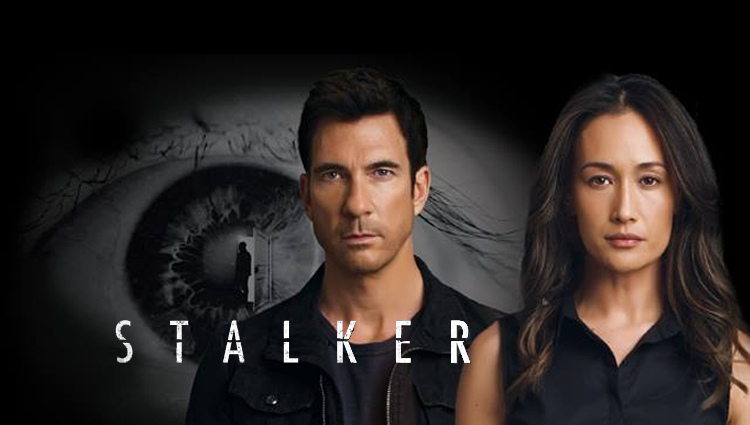 Stalker wins my nomination for best scripted fall pilot thus far (sadly beating How to Get Away with Murder which I was super disappointed in and Gotham which got better in episode two but the pilot left me underwhelmed). I’m not sure if Stalker is actually a good pilot or if my expectations were so low that they were virtually non-existent. Regardless, I thoroughly enjoyed that hour of television.

The major reason I enjoyed Stalker so much was that it had reminded me a lot The Following. This is not surprising since Kevin Williamson is the creator behind both, but the overall feel of the series is the same. I also really loved The Following’s first season so the comparison bodes well for it.

The series begins with the death of Kate Edwards (Melissa Hastings from Pretty Little Liars!). Kate is driving home, attacked by a stalker, and basically burned to death. The scene had a very horror movie feel to it. It was slightly creepy, mainly due to the stalker’s mask, and fairly suspenseful. I even found myself being the typical horror movie viewer as I yelled at the screen, “get out of the burning car you idiot!”

The rest of the episode’s main plotline follows detective Beth Davis (Maggie Q) and her new partner Jack Larsen (Dylan McDermott) as they solve the mystery of the week: who killed Kate Edwards? There was nothing particularly special about this plot, even the resolution was a bit boring, but for some reason I still enjoyed it.

The actual interesting storylines revolved around Jack’s stalker-ish nature and a subplot involving Beth’s involvement with a college case. We learn that Jack was relocated because he had an affair with his old bosses’ wife. Earlier in the episode we see Jack essentially stalking a woman (Kate from Angel!) and her son. The male lead appears to be a bit of a secret villain as he has photos of the family hanging on his walls, but as the episode progresses I became more and more confused over whether we were supposed to actually believe he is a villain or not. In the end, the woman confronts Jack and we learn that the boy is his own child. I think the audience is meant to believe he’s not actually stalking her, so much as he is trying to see his son. Either way, it was a bit confusing and creepy but should make for an interesting ongoing plot.

The subplot involved two boys at a nearby college. One awkward dorky guy, Perry, is attacked by a jock type dude, but Perry isn’t actually the victim since he’s been stalking his friend. Perry’s parents are some important types at the college so he isn’t getting in trouble and there’s no hard evidence to prosecute him. The jock begs Beth for help and she ends up physically threatening Perry. By episode’s end, Perry is lingering outside of Beth’s house and watching her. Perry’s character should make for an interesting arc, and I’m hoping it’s a season long arc to give some continuity to the episodes.

Overall, while I really enjoyed all that was going on in the premiere, I could see why a lot of people wouldn’t like this show. I think once McDermott and Maggie Q’s characters are developed a bit more, they could make for an interesting duo.