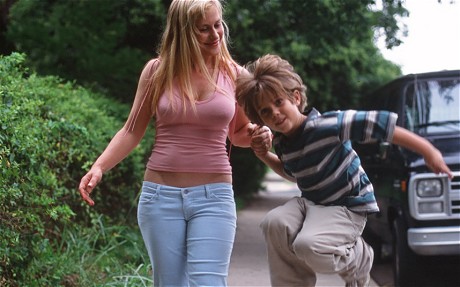 Yesterday the nominations for the Gotham Awards were announced and no surprise Boyhood led the nominations with four, Best Feature, Best Actor (Ethan Hawke), Best Actress, (Patricia Arquette), and Breakthrough Actor (Ellar Coltrane). Since the film’s release and almost unanimous critical support the film has been the frontrunner for Best Picture. But do the Gotham Awards impact Oscar? Not usually, but their nominees are typically spectacular.

This may be the first year I have seen most of the Best Feature nominees, minus Birdman, which I will be seeing this weekend. The rest of this year’s Best Feature nominees are the brilliant Grand Budapest Hotel, the touching Love is Strange, and the haunting Under the Skin.

Last year’s Gotham picked Inside Llewyn Davis as Best Feature and Moonrise Kingdom the year before, neither were nominated for Oscar. Last year was the first year Gotham did a Best Actor/Actress prize. This was Matthew McConaughey’s first big win for Dallas Buyer’s Club last, and he went on to steamroll the Best Actor competition. Brie Larson was the Best Actress winner; she was not nominated at the Oscars.

Gotham typically honor smaller films that are ignored by Oscar, films like Love is Strange and Under the Skin will probably not make a splash, but watch out for Birdman, and Boyhood, these two are major players, and will likely do well with the Academy. On a side note I am happy to see Bill Hader nominated for The Skeleton Twins, and Oscar Isaac nominated for A Most Violent year, they were both fantastic, and yes I have seen A Most Violent Year.

Oscar Isaac in A Most Violent Year

Michael Keaton in Birdman or (The Unexpected Virtue of Ignorance)

Gugu Mbatha-Raw in Beyond the Lights

Scarlett Johansson in Under the Skin

Joey King in Wish I Was Here