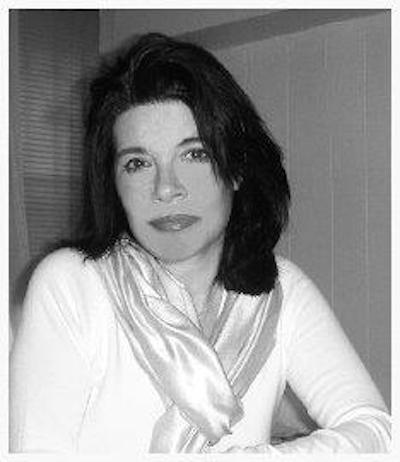 From a young woman Doreen always saw the glass full and never looked back. She had a keen knack for conversation and a drive to make things happen. Her first position in the music industry was with Capitol Records as an Artist Relations Coordinator and quickly was promoted to a Publicity Manager. Like a sponge to water she took in all she can from her superiors and would later adapt those lessons to her own company.

She would admit that most of her formal training came from “on the job” experiences. Due to her passion for the business and the knowledge she amassed she soon ended up working for such heavyweights like EMI, BMG, Sony Entertainment and Capitol Records. But soon she would venture on her own and build her company Doreen D’Agostino Media.

“I was working at the major labels such as EMI, BMG, Sony Entertainment and Capitol Records (EMI). As the labels started downsizing and cutbacks were happening. I lost my position at Sony Entertainment. After that I started doing independent publicity. That was about six years ago. In the last year, I did the PR campaign for American Idol finalist Elise Testone and Jazz at Lincoln Center. Right now, I’m working with Singer/Songwriter Bill Curreri, Rock artist Gentleman Jake and Grammy Award winning artist Laura Sullivan. A new long term project, an entertainment company, is on the table but I can’t announce it just now as we are in the middle of negotiations.”

In her years in the PR industry she has proven to be attentive to detail and know how ) to improve artists exposure in the media. She has developed contacts with such media giants like the Huffington Post and Daily Beast. In addition to her publication connections she is also up to date with the current social media trends. These building blocks helped her build her PR firm that is beginning to be a force in the entertainment industry.

Doreen has had the pleasure to have worked with such A-list talent like Paul McCartney, Norah Jones, Ravi Shankar, Anoushka Shankar and Grammy, Oscar, Golden Globe award winning artist, Ryuichi Sakamoto etc. Based on the clients she has had Doreen prefers to work with established artists since it is difficult to develop press for undeveloped talent.

“It’s really all about what the press wants to cover. Now, everyone can put their own albums out so the competition to secure press is very daunting. The press are inundating with albums that they are pitched by many publicists. We are all looking to secure space in their outlets and that space is very limited. Artists who have albums on major labels and tour usually get the more attention. I enjoy working with pop artists the most, artists who are on the charts and touring. It’s still hard work getting press but the more an artist has going on, the more likely to secure good press. If an artist is brand new, with their own independent album out, no “story”, there isn’t anything to grab on to. An artist needs more than just having an album out independently.”

Aside from the music end she has offered her services in the film world with such blockbuster productions like “Star Wars”, “Memoirs of a Geisha”, “The Producers”, “Syriana”, “Kingdom of Heaven” and Todd Haynes’ acclaimed biographical/music portrait of “Bob Dylan, I’m Not There”. The company Doreen D’Agostino Media is a full service media/marketing firm that caters to anything entertainment. Working with such artists’ like Paul McCartney and Norah Jones can be quite fulfilling. At the time Paul was signed to Capitol Records for his EMI Classics albums. Doreen was at EMI Classics when he released his first classical album “Working Classical”. McCartney’s goal was to receive a number one position on the Classical charts which eventually happened. When it came to Norah Jones, Doreen first worked with her sister Anoushka Shankar.

But she always promoted Norah to the press that she dealt with. Doreen also worked with Norah’s father, Ravi Shankar. A key artist that Doreen worked truly hard for was Sarah Brightman. While Doreen was at Angel Records she put forth a significant press campaign for Sarah.

“She sold more than any artist on the label (Angel Records). She did all the interviews I asked her to do both in NY and LA. She also toured and I worked the press for the tour too. I secured tons of press on her behalf. I don’t get excited working with any artists who are so called A-list artists. I get excited when I secure great press on any artist, doesn’t matter who it is.”

Even though Doreen prefers to work with established artists there are some exceptions. This could be the case for the band 5 Browns. She worked with them on almost every facet for developing media exposure. Such as choosing press, to choosing photos for publicity, EPKs and album covers. In time Doreen helped them cross over to the mainstream media. The mainstream media that Doreen worked on for 5 Browns went from magazines, newspapers to television. Doreen took it as far as traveling with the band to London for a showcase for international press. For TV she booked them on shows like the Tonight Show, Oprah, The View, Good Morning America and more.

When she first was working with Capitol Records she did all the press work for blockbuster 80’s band Duran Duran. When they started building a name Doreen passed on videos of the band to MTV when they first launched. MTV loved the videos which then turned into something more. When Duran Duran was in New York she had them visit the MTV VJ’s. Eventually because of her idea the band began receiving major airplay in markets it never had before. Doreen even came up with another innovative idea of having their tracks remixed for club play, which worked out perfect. Then she managed to get them on the cover of Rolling Stone and in People Magazine. Duran Duran soon topped charts everywhere and ended up headlining at MSG.

The great work she did for them earned her the nickname Doreen Doreen from the band. Her company has also worked on an international scale with artists like Grammy, Oscar, Golden Globe Award winning artist Ryuichi Sakamoto. She is currently working with Ralf Hütter (Germany) who is the founding member, producer/composer of Kraftwerk. They just won a Grammy Lifetime Achievement Award. Both of these artists have stood out the most for her during her career.

Doreen has done a lot during her time as a publicist in the ever changing entertainment world. Yet she admits that she will tackle anything that will make her happy. As long as it includes creative, passionate, talented people with good character that are realistic about how the business works. To learn more about Doreen and her company just visit http://doreendagostinomedia.com/.