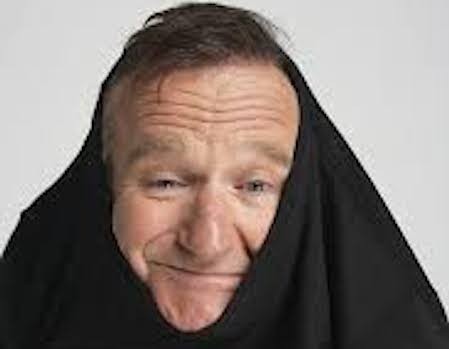 A King, a Genie, and so Much More

Many years ago, I remember being obsessed with saying “Good Morning, Vietnam” as a young kid.  I was probably five or six, but I remember this loud boisterous guy bringing humor and joy with this phrase.

Then came the re-runs of Mork and Mindy, was this the same guy from that movie?  This was different, he was funnier, his physical humor, and presence on screen was undeniable; he was a star.

As a young boy most of the Disney movies were about princess but I found solace in the story of a poor outcast named Aladdin.  I know boys have a lot of stories, but I loved this one, in the end Aladdin just needed to be himself with the Princess.  Most of these lessons would never have been learned without the Genie.  Williams’s voice work as the Genie is probably the only time I would have awarded an Oscar to animated voice performer.

I also remember my parents fighting a lot as a kid, and Mrs. Doubtfire helped sooth my soul, Williams had the heart and soul to bring humor to life, but to add a deeper layer, a deeper meaning to everything he did.

I am in education (in some capacity) today because of Dead Poet’s Society.  The phrase “O Captain, my Captain” may get thrown out a lot within the next few days, but it has continued to mean something to me throughout my years as I have grown up.  The same can be said for the actual suicide in the film, and the impact it had on me.

The first person I knew who committed suicide was my first grade teacher, I was 14 fourteen and I was crushed.  I was in a small private, religious K-12 school; a nun came in to inform us, rather bluntly about her passing.  I remember my mom stayed behind and I ran out of the sobbing, almost having a panic attack, it was an emotional experience.  While I did not know Mr. Williams personally, yesterday felt similar in a sense.  While people may not understand this feeling, losing a person who enters your home on a regular, or touches your life in a specific way is tough, and this death is one of the toughest I have experienced.  Williams was such a magnetic performer, and person.

In his later career Williams took on some darker roles like One Hour Photo, and Insomnia, these two performances were some of his strongest.  Williams was walking away from the humor and showing a layered view into his life, and his talent as an actor.  As you look at these two roles specifically along with the rest of his career you see the talent this man had.

This talent was awarded, and honored throughout his whole career.  Williams was nominated for 11 Golden Globes, and won 5.  Williams was also given the Cecille B. DeMille Lifetime Achievement Honor in 2005.  Williams was also nominated 4 times for the Academy Award, and won with his last nomination for Good Will Hunting.  In his speech, he stated “For once I am speechless.”  This was the first Academy Award ceremony I remember where I had seen all the films, and I remember rooting for his win.  William’s was a well-respected and talent man in his craft; he was also a great human being.

Throughout his time Williams not only made people laugh, but he made them smile with his work for countless charities.  Williams is a face you would see every time you went to the movies if there was a commercial for St. Jude.  Williams was good friends with Christopher Reeves in the 80s, and after Reeves tragic horse riding accident his good friend was always by his side fighting tirelessly.   In the 1980s Robin Williams, Billy Crystal, and Whoopi Goldberg helped put the charity Comic Relief on the map, a charity set up to help the homeless.  These are just a few of the almost 100 different charities Williams was involved with.

Williams was also a voice for struggling with addiction, and mental health problems.  He used his voice to help others.  As I sit back and think about this person, this funny, kind, warm hearted man, I find myself struggling to find no better words to close this out than his own, “You will have bad times, but they will always wake you up to the stuff you weren’t paying attention to.”  Williams was a friend to many, and his voice will be missed.