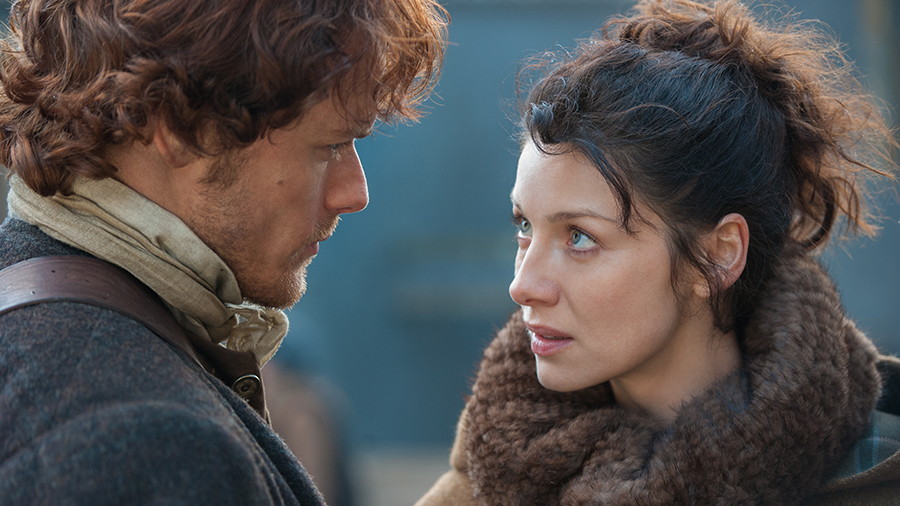 Outlander: The Way Out

In the latest Outlander, even as Claire schemes to get away from Castle Leoch, she learns more about the past she’s trapped in. Last week, Claire mused that perhaps the people from the past weren’t so different from the people in her original timeline. That was not the theme in ‘The Way Out’, when you could practically see Claire physically restraining herself from rolling her eyes or slapping someone upside the head. Demonic possession, corporal punishment and sexism are just a few of the delightful vintage things Claire got to encounter this week.

When a boy from the village fell ill and die, everyone cried demons. And yes, that meant an exorcism. Or an attempted one. Because what better way to cure a small child in a great deal of pain than tying them down and continually flinging water in their face? Then another village kid was convicted of theft, and was given the lenient punishment of nailing his ear to a post. Claire hasn’t quite taken to full-immersion time-travel yet and took issue with both these quaint old-timey methods of child-rearing. And her interference is surely going to come back and bite her. Or, if we’re being realistic, bite her and Jamie. Or just Jamie. Because he seems like the kind of guy who would take the fall for Claire and take full responsibility for whatever trouble Claire gets herself into.

Undermining the priest’s authority to cure the boy using science not faith landed Claire in the priest’s bad graces. She won this round, but it’s clear he is going to hold a grudge. And since everyone in the town is already suspicious of Claire, and given the Scottish Highlands in the 1700s doesn’t seem to have embraced the Scientific Revolution and seems more likely to yell, “devil!” or “witch!”, I’m going to go out on a limb and say Claire needs to watch her back. She and Jamie helping the boy convicted of theft could get them in trouble later – but only if someone realizes their involvement. It did definitely establish that whatever trouble Claire gets into, Jamie will be right by her side.

Claire’s lack of self-preservation when she finds someone she can help shouldn’t be a surprise at this point. There was even a helpful flashback to WWII Claire, who rejected her husband’s offers to use his connections to get her a nursing position somewhere that wasn’t on the front lines, to show that Claire has always been like that. It was also nice to see Frank again. Flashbacks to Frank are also good at making sure the audience still likes him, since Tobias Menzies plays nice Frank, but also his ancestor, Black Jack Randall who is actually an awful sadist. (Kudos to Menzies for playing both roles so convincingly). Less important are flashbacks to when Claire was whisked back through time. We saw it happen the first time, and have seen it again in the ‘previously on’ segments. We get it. We remember. Outlander could also ease up on Claire’s voiceovers. Perhaps during the writing process, the staff was concerned that Claire keeps so much to herself that it would be confusing for the audience, but Caitriona Balfe gives a wonderfully expressive performance, so the voiceovers aren’t needed to understand what Claire is thinking.

Right now, her thoughts are focused on getting back to the stone circle that started all her problems. This might be a problem, because she is so single minded, she might not take anything else into account but physically getting to the stones, when there obviously will be other elements she should consider. But after hearing a bard perform a song that conveniently described her exact predicament and its solution, Claire isn’t going to rest until she makes it back to the stones. Something will inevitably go wrong, but at least Claire will have a knight in plaid kilt to help bail her out of trouble when it does.