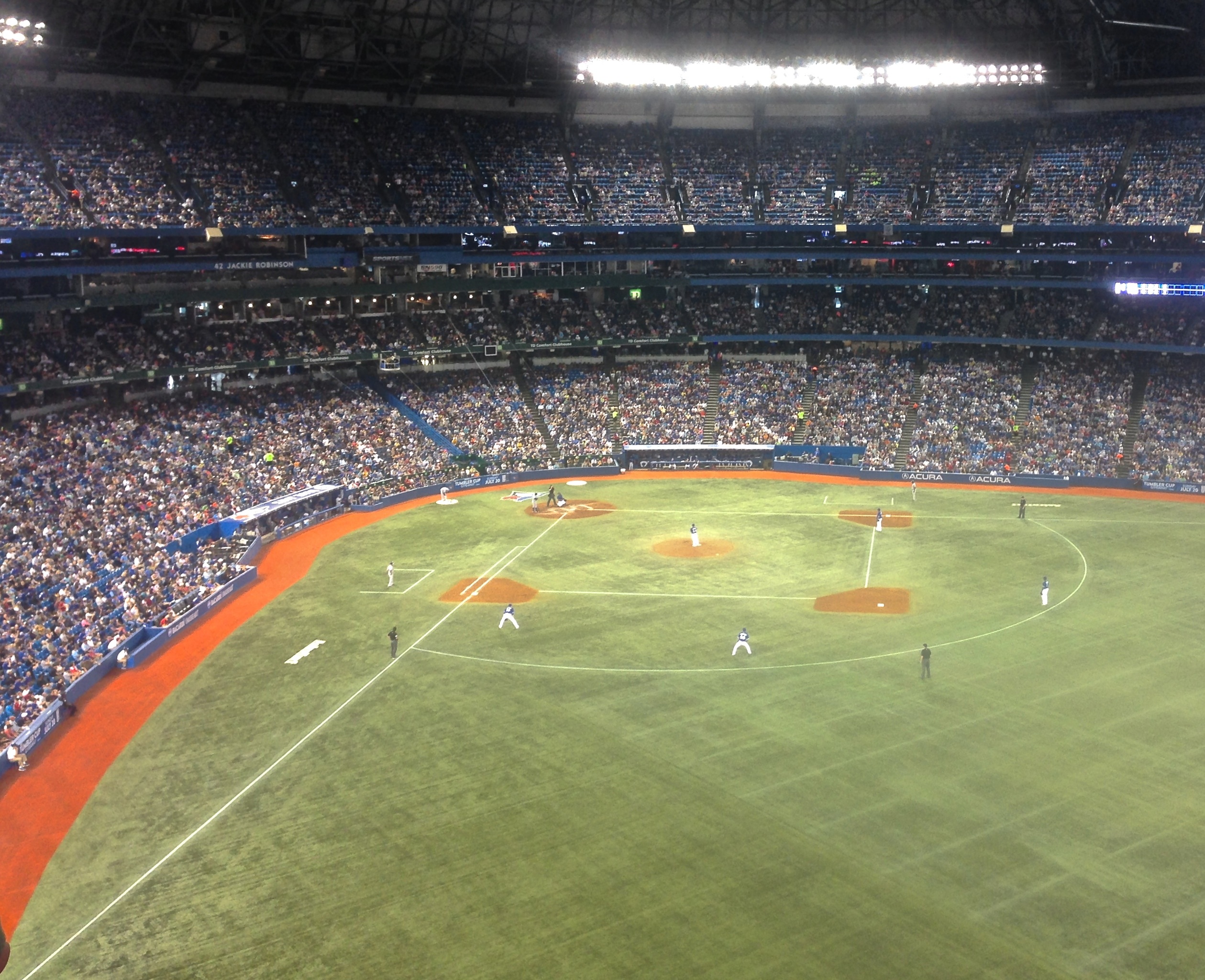 The End of A Big Apple Drought

The New York Yankees have been a thorn in the side for the Toronto Blue Jay’s for quite some time. This past weekend the Jay’s overcame the drought with a 2-1 series. While just a mid season game, the team had even more cause to celebrate the hard-earned win.

August 29, 2012 marked the start of a dry spell for the Toronto Blue Jays in New York. The next 17 games played against the Yankees on their turf would end in disappointment as the Jays fought to break their losing streak. Friday, July 24th was no different as the Canadian team fell 6-4 in the Bronx. This followed a roller coaster of a season as the Jays, with a 6 game lead, gave up first place in the American League East Division after losing a series of games. The 8 out of 10 game loss hurt the team’s standings as they entered the All- Star break in July. A team to watch at the beginning of the season, the Blue Jays seemed to follow the unofficial Toronto trend, strong at the beginning only to falter halfway through.

However since the break, the Jays have won every series, surprising those who put stock in the inconsistency of the once championship team. Winning the NYY series 2-1 with Sunday’s 5-4 game, the team proved that they were mentally prepared to go the distance. Since last weekend’s success, the Jay’s have continued to hit it out of the park. (Quite literally, this past Monday Melky Cabrera hit a homer out of Fenway Park and broke a windshield)

Thursday’s game, the first in a series against the Houston Astros, tested Toronto’s recent success as they led, fell and then came back to win the game 6-5. The game could be looked at as a model for the season for the boys, showing their resilience and talent. Friday’s game ended in the Astro’s halting Toronto’s 6 game winning streak in a 3-1 loss.  Despite this the team has managed to hold onto the 2nd place spot in the AL Eastern with a standing of 60 -51, with the Baltimore Orioles leading the division at 61-47.

But do the Jay’s really have what it takes? They currently are 2 ½ games behind the Orioles in the AL East Division and hold the 2nd wild card. To boost Toronto’s success, there has been a call for pitchers, a starting rotation lift and a little more depth on the bench. With the recent trade deadline was met with silence by the Jay’s, it appears that they will have to do with what they have. With rumors of a tightening fist over the payroll, Toronto General Manager Alex Anthopoulos stated that the inaction was due to a supposed lack of talent that would enhance the team in select areas. However the decision has been met with criticism. Most publicly from Blue Jay Jose Bautista who announced his dismay at the choice before the Houston Astro’s game on Thursday stating they just needed a little something extra to get them over the edge. Hopefully with their recent success, they can climb that hill themselves and make it to the postseason.

The Jay’s won the World Series in 1992 and 1993. 20 years later, they are fighting to regain that title. With the ashes of the 2013 dismal season fading away, the team has a chance to once again bring the spotlight to Toronto. Theo Fleury said he wouldn’t play hockey in Toronto because it was the toughest city to play in. And he’s right. With any professional team in Toronto, this city is as critical as they are loyal. Bleeding for their teams, the media and fans are not afraid to call the teams and players out. However, they are also die hards, life long fans that will go the distance to show their support for their beloved teams. With attendance rising, the streets turn blue as the city buoys behind the fast flying Jay’s. Hopefully the team can continue to soar on the excitement and deliver on the promise of another world series. You don’t have to worry about taking Toronto fans out to the ball game, they will already be there.