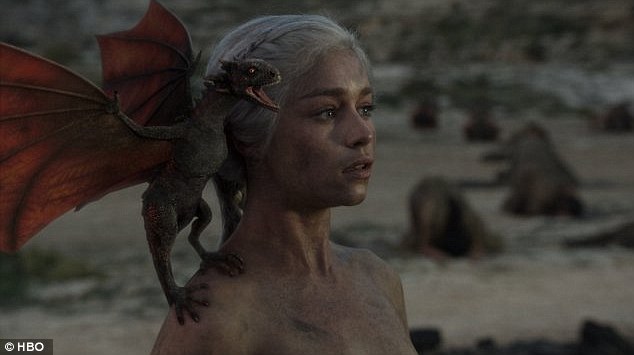 In the 2011-2012 television season HBO boldly put out three television shows more comedic in nature, Enlightened. Girls. And Veep.  Enlightened has since been cancelled, Girls and Veep will be going into their fourth seasons, next year.  Getting On will start its second season and stars Alex Borstein, Niecy Nash, and Laurie Metcalf.  Getting On got a second season, but imagine this show will get the Enlightened treatment and be cancelled after two seasons.  HBO rarely gets criticism for their television programming, but its time to put something out there, network television seems to be starting to beat cable networks at providing dramas with strong women as the central focus.

In more recent years the only show HBO has had that focus on a female lead is True Blood, although I am not sure I would define Sookie Stackhouse as a strong female lead, since most of her story lines fall back on who she should date, and continuous need to play damsel in distress.

Let’s look at the networks history, and the dynamic women they created.  Carmella Soprano is the first that comes to mind.  Edie Falco was brilliant in the role, and while Tony was the central focus, Carmella’s stories were equally compelling, and she was a well-developed character.  If you look at the Drama Lead Actress category at the Emmy Awards she was the last person to win in this category for HBO, and over the last few years after The Sopranos was cancelled HBO has received 0 lead actress in a drama nominations, and 6 supporting actress nominations with one win for Dianne Wiest in In Treatment.

To be fair HBO has had other solid female characters Ruth Fisher Claire Fisher and Brenda Fisher (Six Feet Under). Honestly most if not all of the women on Game of Thrones fit within this standard, but doesn’t that show still feel like a man’s world?

Beyond these characters HBO’s dramatic shows have been primarily male driven, Deadwood, Carnivale, Boardwalk Empire, The Newsroom, The Wire, Eastbound and Down, Curb Your Enthusiasm, Flight of the Conchords, Looking, True Detective, Hung, Oz and more.

Before you jump all over me and say what about Temple Grandin or Mildred Pierece, HBO movies/mini-series are in a league of their own.  While this may not be a good enough argument for some, I challenge you and HBO to look at their regular dramatic programming and tell more stories about strong compelling women, because they can do a better job than network television.  I would also argue that these are two examples in a world dominated by Band of Brothers, Recount, John Addams, The Pacific, Generation Kill, and more.

Netflix is the new kid in town and with Orange is the New Black they are already making HBO look bad.  The same can be said for Showtime, and avid competitor who have had The L Word, The Big C, The United States of Tara, Weeds, and still have Nurse Jackie, and Masters of Sex.

A few weeks back rumors of Collin Farrell and Taylor Kitsch as the new leads in True Detective were frustrating. The show could use some strong female blood that isn’t just the wife who cries, bemoans her husband, and fucks his cop partner.  I hope HBO challenges creator Nic Pizzolatto to step outside the box, and to push forward with more series centered on women.

Of the other shows set to be released by HBO, there are two shows that have more most details Ballers starring Dwayne “The Rock” Johnson, and The Brink starring Tim Robbins, Jack Black and Pablo Schrieber.  I am glad The Comeback with Lisa Kudrow is making a comeback because it seems like this network is rarely interested in dramas that center around female leads. HBO makes excellent programming, but I challenge them and AMC who has created only one show with a female lead (The Killing), and they must keep up with other networks.