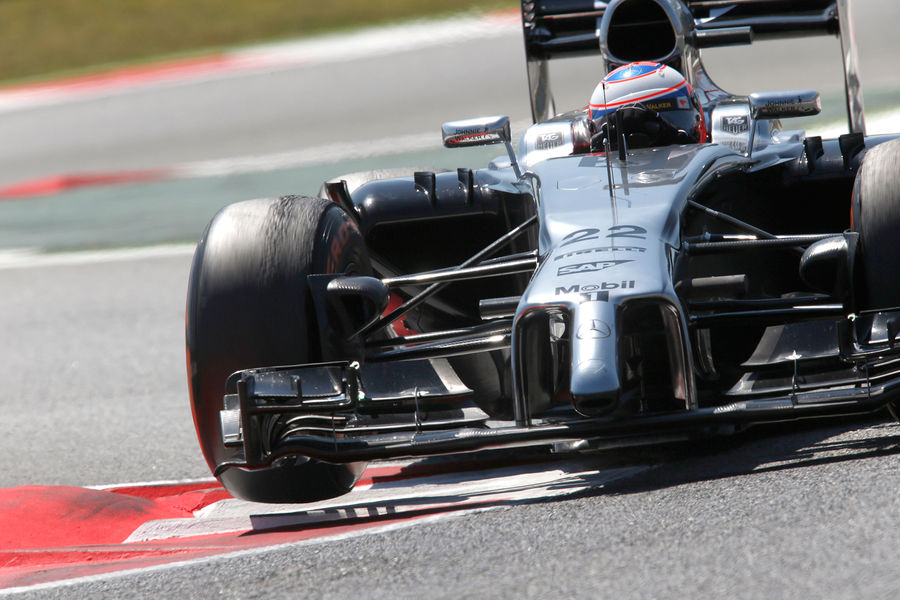 The British Grand Prix, no matter the season, has long been one of the crown jewels of the Formula One calendar. Silverstone Circuit has seen countless races unfold on its historic grounds, including the very first Formula One race in history in 1950. So in a sense, this weekend is somewhat of a homecoming for Formula One.

It will also be a return home for many teams such as Lotus, Caterham, Williams and McLaren. These teams, among others, are all headquartered not just in Great Britain, but quite close to the Silverstone Circuit itself. Hence, emphasis on having a strong British Grand Prix weekend will be naturally intensified for these teams.

As for what will unfold on the track on Sunday, all eyes will continue to be on the Mercedes outfit, which has been firing on all cylinders since Round One in Australia. With Nico Rosberg harbouring a 29 point lead over his teammate Lewis Hamilton, both of them will be looking to improve their championship hopes at the legendary British circuit.

Hamilton will undoubtedly bring his all on Sunday in an effort to win his home grand prix, a point he has been quite blunt about in the buildup to Sunday’s race. “… This is the British Grand Prix and I’m going to do everything I can to be out front. Winning your home grand prix is the greatest experience you can ever have [as] a sportsman and a driver so that’s what I’m trying to do.”

Yet there are a few other key points to consider going into the weekend aside from Mercedes’ dominance and Hamilton’s quest for home glory. The Caterham F1 Team underwent a shift in management this past week, as former owner Tony Fernandes sold his majority stake in the team to a conglomerate of Swiss and Middle Eastern investors.

Former Formula One driver Christijan Albers will now be in charge of Caterham’s day-to-day operations, supplanting predecessor Cyril Abiteboul. How the changes – which will take immediate effect – will impact the struggling team on the track is yet to be seen. Still, the team will no doubt be in the spotlight in the coming weeks and beyond.

But while business was done off the track this week, history was made on it. Susie Wolff, test driver for the Williams Formula One Team, became the first woman in 22 years to participate in an official Formula One session this Friday. She took part in Friday’s early practice session and, while her run was cut short by a mechanical issue, the racing world couldn’t help but take notice of her milestone as she took to the venerable Silverstone Circuit.

Speaking of the circuit, it is one that has seen many changes throughout its illustrious history. In 2011, the most recent layout of the circuit was constructed and while it ended up being one of the track’s most drastic makeovers, the venue remains one of the highest speed circuits on the calendar. Due to this, the track has notoriously been a nightmare for team engineers when trying to find an effective setup, with aerodynamics being the paramount focus. On top of that, with Silverstone being such an old circuit, its tarmac is not as smooth and well-surfaced as some of the more modern circuits. Combine that with Britain’s erratic weather patterns and you get a British Grand Prix that is often one of the most challenging races of the year.

Speaking to this point was Rob Smedley, the Head of Vehicle Performance for Williams. While admitting that challenges are always present when going to Silverstone, he expressed confidence in his team’s ability to adapt to the conditions. “The car does have to be set up differently from other high speed circuits. The layout has high power and drag sensitivity which should suit our car this season.”

So which teams will find the result they’re looking for on Sunday? We’ve already looked at the Mercedes team to some degree, who have the top two drivers in the standings going into this weekend, and a red-hot Nico Rosberg looking to pick up back-to-back victories. Also of note, Rosberg won last year’s British Grand Prix, so his comfort level with the circuit is not in question.

As for the rest of the field, Williams will be looking for a repeat performance of their surprise weekend in Austria which saw them own the front row in qualifying and finish with Valtteri Bottas on the podium (3rd place) and teammate Felipe Massa just behind him (4th place) on race day. Second overall Red Bull Racing will also be seeking a strong showing at Silverstone after only taking home 4 points in Austria. Sebastian Vettel retired from that race after losing power in his car and damaging his front wing, while Daniel Ricciardo mustered up an 8th place finish.

Force India will continue to chase third place Ferrari, while trying to keep the charging Williams team at bay. However, sixth place McLaren, led by Briton Jenson Button, will surely be racing an inspired and emotional race no matter their result. This weekend will be the first British Grand Prix that Jenson will race in without his father present. In January of this year, Jenson’s father John Button passed away at the age of 70. He was an ever-present fixture throughout Jenson’s career and could always be seen at the track supporting his son and his team.

“This race is going to be a special one for me because it was always such an important race for my dad,” said Jenson when asked how he will remember his father this weekend. “I’ll be wearing a special pink helmet for the race weekend, and I’m hoping people will enter into the spirit of supporting the #pinkforpapa effort to wear something pink on Sunday to honour his memory. He won’t be there this year, but he’ll always be with us in spirit – I hope he brings me some extra luck on Sunday.”

As we’ve now looked at the contenders, all that’s left is to forecast who will take the chequered flag. Well, as I glance over the results of Friday’s free practice sessions, Mercedes was considerably quicker than everyone else, to no one’s surprise. While Ferrari did pace quickly and McLaren will be racing with a purpose this weekend, one has to think Mercedes continues their reign at the top.

I picked Hamilton in Austria, but it was Rosberg who ended up on the top step of the podium. This week I’ll try going with Rosberg, as he was nearly 0.7 quicker than Hamilton in the first free practice session on Friday, a considerable amount. While Hamilton will be determined to win at his home track, Rosberg may be more determined to spoil his teammates home grand prix and extend his championship lead.