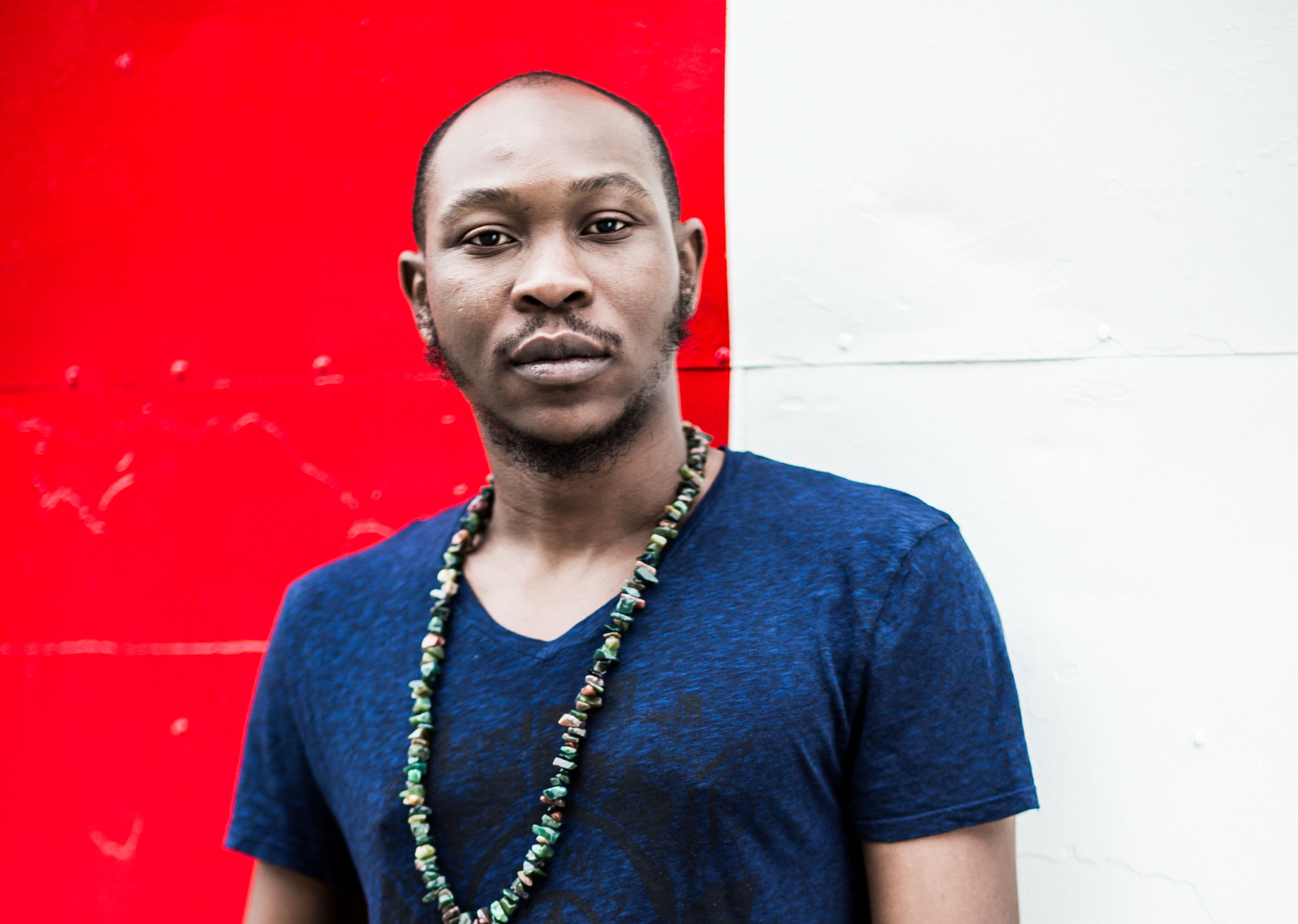 Seun Kuti: A Long Way to the Beginning

My people are coming for what’s ours
Going all out ‘cause it’s now or never,
‘breakin’ the chain, we gon’ sever…

In the world of North American pop music, ‘being political’ is seen as a choice – something of a fashion statement at times.

But depending on where you live, just talking about everyday realities tends to put you squarely in the camp of the politically minded. You either become politically aware very quickly or suffer the consequences – and sometimes both, as evidenced by the famous Kuti family of musicians and activists, legends in their native Nigeria for standing up to government corruption with often violent consequences.

Celebrated, canonized – the reputation of Seun Kuti’s father Fela in Africa and globally goes beyond legendary. There’s a recent documentary about his life , and even a Broadway show about him.

This is Seun’s third studio album, recorded with Egypt80, the band he inherited from his late father (Fela passed away in 1997). With the weight of a true legend on your shoulders, you can either run away from it or you can take the plunge and try to make it your own. Seun’s passionate approach to the music is genuine and that’s why it works.

Afrobeat is the style of music that Fela Kuti invented, born of his Nigerian roots along with the influences he heard from around the world – jazz and funk from time spent in the U.K. and the United States, West African high life and other Nigerian styles. Even to aficionados who will hear the music’s history, Seun has managed to carve his own very contemporary sound out of the legacy with an authentic fierceness and obvious sincerity.

When your grandmother was murdered by the government and your father and the rest of his household severely beaten by the military, being political is no longer a lifestyle choice. Along with the pedigree, there’s plenty of impetus in the here and now; conditions in his native Nigeria (where Seun still lives) have hardly improved since his father’s day. The kinetic, almost frantic edge of Afrobeat readily transmits the urgency of the message he delivers in an often blunt syntax. IMF, the first track, stands for International Mother Fuckers – along with that global financial agency you were thinking of at first glance.

Seun also lives the life outside of the music. He made public statements about his country’s recent anti-gay legislation.

This album was made with American jazz musician and producer Robert Glasper. Glasper is well-known for blending genres in his own recordings and here he brings on board guest artists like Ghanaian-born, Brooklyn-based rapper on the track African Smoke. Blitz’ high energy rap rhymes dribble on top of the Afrobeat vibe in a seamless confection.

Black Woman features German/Nigerian musician Nneka. The song has more of the traditional Afrobeat sound – jazzy, polyrhythmic and featuring a call and response kind of framework with chiming xylophone lines and rhythmic guitars. One of the CD’s highlights is African Airways, with its trance-inducing groove and irresistibly danceable beat. This is music to lose yourself in, with a great horn solo and mesmerizing guitar line.

Seun’s music is lit up by his high energy sax playing and a super tight band adept in the polyrhythms and organic swing of the sound. The solid horn section playing intricate riffs and patterns over a thick bass, bolstered by rhythm guitar – it creates a sound that verges on avant-garde jazz at times.

It’s danceable; not the kind of easy listening you’d typically get from your standard North American radio playlist but with the involvement of Robert Glasper and guest artists it’s obvious they’re hoping for a wider audience for both his music and his message.