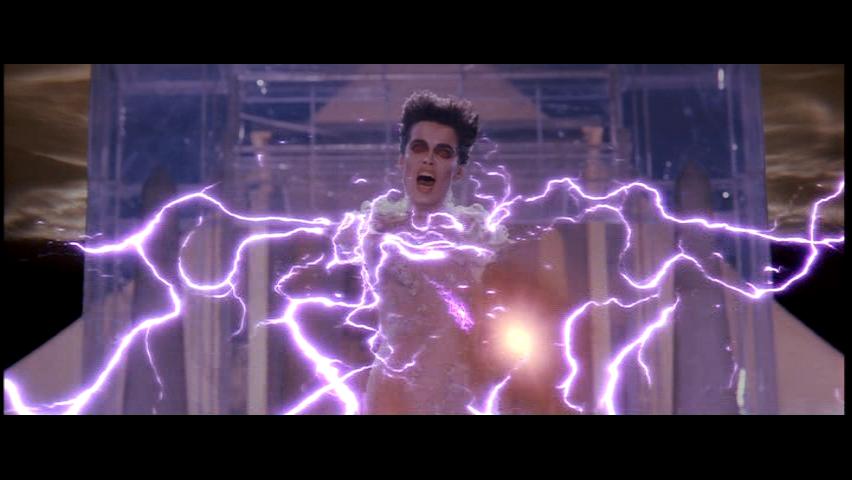 San Antonio: The Ghostbusters of the NBA

“Choose the form of the Destructor!”

So spake Gozer the Gozerian during the climactic scene of Ghostbusters.

The Ghostbusters found themselves atop Dana Barrett’s apartment building, prepared for an epic battle with supernatural forces, and poor Ray Stantz couldn’t help himself. He was only thinking of the most innocuous memory from his childhood—the Stay Puft Marshmallow Man—and along came Mr. Stay Puft to destroy the Ghostbusters.

Of course, Mr. Stay Puft was enormous, and Ray got a lot of shit from the other Ghostbusters for letting such a seemingly harmless mascot pop into his head. But I really have to sympathize with Ray on this one—you could do a lot worse than thinking of Mr. Stay Puft when you’re choosing a Destructor.

What does all of this have to do with basketball? I’m glad you asked.

See, I think of San Antonio Spurs head coach Gregg Popovich as Ray Stantz. And I think it’s an apt comparison to say that LeBron James is the Destructor of the NBA. Last year in the NBA Finals, Popovich had the opportunity to choose the form the Destructor would take. Just like the end of Ghostbusters.

Popovich had to pick his poison. Was he going to double-team James? No, that was probably too dangerous. James is an excellent passer and there are too many good shooters on the Heat for him to kick the ball out to. Instead Popovich opted to have the Spurs go under screen-and-rolls when defending James while having other players clog the paint, thus turning James into more of a jump shooter and limiting his opportunities to drive to the basket.

In essence, Popovich turned LeBron James into the Stay Puft Marshmallow Man. James was still huge. James was still scary. But he was manageable, as far as Destructors go. You’d rather fight a marshmallow man than some other kind of monster, right?

Last year’s championship series was among the greatest in recent NBA history. The two best teams in the league squared off in a seven-game nail-biter. My girlfriend and I even made a bet on the series—a first for us. The loser would have to run down the hallway of our eighth-floor apartment completely naked.

The Spurs lost. I ran down the hallway naked. Consider yourself lucky for having missed it.

I thought then and still think now that the Spurs are a better team than the Heat. They only lost that series due to a tragic comedy of errors. Remember—staff at the American Airlines Arena in Miami were already roping off the court to present the Spurs with the Larry O’Brien trophy with less than a minute remaining in Game 6. Heat fans were leaving the building en masse. Tracy McGrady—a last-minute addition to the Spurs’ roster before the playoffs began—was sitting at his usual spot on the bench, smiling his delighted, I-finally-got-mine smile.

Yes, the Spurs had the series in the bag. And then the unthinkable happened.

Kawhi Leonard missed a crucial free throw down the stretch. Popovich sat Tim Duncan during a critical defensive possession. Chris Bosh had a clutch rebound and Ray Allen hit a heroic, game-tying three. Overtime. The Spurs never recovered from that. They had another chance in Game 7, but Tim Duncan missed a gimme layup and I ran down the hallway naked.

Sure, the Heat may have the best player on the planet. That’s all well and good, but the Spurs are the archetype of a team whose whole is greater than the sum of its parts. It has been thus since time immemorial. And they now have a chance to beat the Heat in a rematch of last year’s epic NBA Finals.

The biggest concern for San Antonio going into this series will be the health of Tony Parker, who had to leave Game 6 of the Spurs’ conference final game against the Oklahoma City Thunder with a sprained ankle. But assuming Parker feels well enough to play—and he says he’ll play—the Spurs can win this series. They did a good job of guarding LeBron James last year. If they can continue to effectively limit him without having to double-team him, this is the Spurs’ series to lose.

I predict the Spurs win in seven games. But why stop there? I’m going to tell you the outcome of every game before it even happens. And in keeping with the Ghostbusters theme, I will compare each game to a scene from the movie.

The Spurs have never lost a Game 1 in the NBA Finals. Ever. I’m satisfied that means they never will.

Parker will play but he’ll be on a minutes restriction. James will be frustrated by the Spurs’ defense and miss his first five shots before settling into a rhythm. Tim Duncan will have a brilliant, Duncanesque game with 21 points, 11 rebounds, two assists and one steal.

Ghostbusters tie-in: This is the part of the movie where the Ghostbusters capture Slimer in the fancy hotel ballroom, but almost destroy the ballroom in the process. It will be that thorough an ass-kicking.

The Spurs will have a bit of a scare when Kawhi Leonard and Tiago Splitter are glued to the bench early in the second quarter with three fouls apiece. But they’ll be buoyed by Aron Baynes, who’ll come out of nowhere to score 24 points and grab 13 rebounds. That’s classic Spurs, right? Some reserve player suddenly arrives and rescues the team.

Ghostbusters tie-in: Everything is rolling for the Ghostbusters now. They just hired Winston Zeddemore. Dana is watching a Ghostbusters TV commercial while doing sit-ups at home and she starts to think that maybe Peter Venkman isn’t so bad after all.

James goes off for 43 points, 11 assists and 9 rebounds. You saw it here first.

Tony Parker will play 35 largely ineffective minutes. In his postgame interview, Gregg Popovich will refuse to say whether Parker was injured or just having a bad game. When pressed on the subject, Popovich will only say “We got our asses kicked.”

Ghostbusters tie-in: This is the scene where Louis Tully (played by Rick Moranis—you remember him) is having a party. Things are going so well until the demonic gargoyle shows up in Louis’s closet, ruining everything. The gargoyle possesses Louis, turning him into the Keymaster.

Matt Bonner will make an astonishing six of seven three-point attempts. Not to be outdone by a fellow former Raptor, Chris Bosh will make the game-tying basket (also a three) and dominate both overtime periods. Well, he’ll dominate the second overtime more than the first, since the first will end in a tie.

Ghostbusters tie-in: Everything is going wrong now. Walter Peck from the Environmental Protection Agency forces the Ghostbusters to power off their storage facility, which releases ghosts all over New York City. To quote Peter Venkman, this will be “Dogs and cats living together. Mass hysteria!”

Boris Diaw will amaze the basketball world by logging minutes at all five positions during his game-high 43-minute performance. Everyone but Gregg Popovich will be impressed.

Ghostbusters tie-in: The mayor has just let the Ghostbusters out of jail to clean up the mess Walter Peck set in motion. And yes, it’s true—the man has no dick.

James, Bosh, Wade and Rashard Lewis will go off for a combined 90 points, with Lewis scoring a game-high 30. Basketball pundits everywhere will astutely point out that the winner of the next game will win the series.

Ghostbusters tie-in: Don’t look now, but the Gatekeeper and the Keymaster have just hooked up.

The Spurs will give the Heat an emphatic reminder of why they have never missed the playoffs since Duncan came into the league in 1997. Duncan will lead all scorers with 35 points and grab a game-high 20 rebounds before announcing postgame that he’ll exercise his player option to return to the Spurs next season.

Ghostbusters tie-in: The Ghostbusters have defeated the Stay Puft Marshmallow Man. Venkman finds Dana still alive inside the crusty husk of a dead gargoyle. Winston throws his arms in the air and says he loves this town. Cue Ray Parker Jr. music.