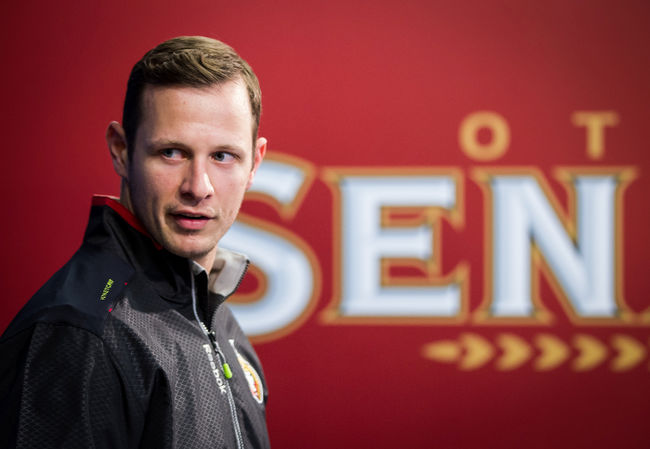 Jason Spezza: Where Will He Land?

It seems that the era of athletes playing out their entire careers with a single franchise is nothing more than a distant memory. The Steve Yzerman’s and Mario Lemieux’s of the NHL are a thing of the past, mere myths we will tell our children about some day. “Yes son, Nik Lidstrom played every game of his career for the Red Wings. No, I’m not pulling your leg, now go to bed!”

Even the great Martin Brodeur has been outspoken about an inevitable split between him and the New Jersey Devils, the team he has backstopped since 1991. This despite the fact that I can’t even name who the Devils goalie was the year before they drafted Brodeur without the help of Google (it was Chris Terreri for those who were wondering).

So if we all thought that Jason Spezza would be the next fabled one-team player to grace our presence, we may want to reconsider. With Spezza demanding a trade away from the city he has called home for 12 years – only one season after being named the Senators captain no less – yet another long-time “one-teamer” will be on the move. The question is, where to?

There are surely many NHL teams who would welcome a player like Jason Spezza into their locker room. He scored 23 goals and 66 points in 75 games last season for the Senators, confirming that the 30 year old centre is still a top six forward on most, if not any team in the league. In fact, throughout his entire NHL career, Spezza is a point-per-game man (687 points in 686 career games). He also carries valuable playoff experience and has represented Canada on the international stage on numerous occasions since his appearance in the 2000 World Junior Championships in Sweden.

Considering all of this, there is no question that general managers across the league would all more than likely want Jason Spezza on their team next season, and that includes Senators GM Bryan Murray. At a recent NHL general managers meeting, Murray was quoted as saying “I don’t want to trade the guy, really, and I know I won’t get the value, in all likelihood, that I should get for him,”

But Murray understands that Spezza has given his all for the Senators franchise and is willing to grant his wish of being dealt. So which team will pull the trigger on a deal to acquire the former 2nd overall pick? Here is where I think Spezza may land, and who Ottawa might get in return for their longest tenured player.

The Blues seem to be one of the consensus front runners to make a move for Spezza this offseason, and for good reason. With a player like Spezza on their side for their Stanley Cup run earlier this year, they most likely would have been in with a shout to knock off the Chicago Blackhawks in the first round. Acquiring Spezza would undoubtedly see Blues Head Coach Ken Hitchcock slot him on their first line between Alex Steen and Vladimir Tarasenko; a combination that could give opposing teams nightmares year round.

The potential deal would give St. Louis tremendous depth at centre as well, adding Spezza to the likes of David Backes and T.J. Oshie, who are locked up through 2016 and 2017 respectively. Furthermore, with the Blues power play failing miserably near the end of this season (6.9% in the playoffs), a talent like Spezza would be welcomed in St. Louis with open arms as he is renowned as one of the top power play specialists in the league.

So what will the price tag be if St. Louis expects to put a blue note on Jason Spezza’s chest? One must look at where Ottawa is thin on their depth chart, which happens to be on the wing and on the blue line. The Blues, who have an abundance of solid defencemen, might deem a player such as Kevin Shattenkirk or Jordan Leopold expendable. Left wingers Jaden Schwartz and Chris Porter are options as well, seeing as the Blues are hoping Tarasenko, Steen and Magnus Paajarvi will be capable of carrying the bulk of the load in the future. However, the jury may still be out on Paajarvi, who only managed six goals last season.

Sens GM Bryan Murray already pulled off one blockbuster deal with Anaheim when he acquired Bobby Ryan last summer. Why not make it two summers in a row? Unlike in St. Louis, Spezza would almost certainly be the second line centre behind Ryan Getzlaf. Yet he would provide added depth for the Ducks up the middle, which is vital when competing in the wild beast that is the Western Conference.

As for Bryan Murray, he will likely want first and foremost to pick up a centre to replace the hole Spezza will leave in his lineup. Considering Getzlaf is virtually untouchable, the next likely target is Andrew Cogliano. Left winger Patrick Maroon might be another option for Ottawa to consider, providing added production up front. The Ducks will probably be reluctant the move Maroon after a solid first full season with the team, on top of his seven point playoff performance this spring. Yet with Spezza coming back the other way, Anaheim may find it worth their while, especially if they also end up acquiring Ryan Kesler from Vancouver as various rumours would suggest.

It’s also important to note that with John Gibson emerging as the number one goaltender in Anaheim for now, and Ottawa lacking depth at that position, Ducks goalie Frederick Andersen could find himself on the move as well. He struggled in the playoffs this year, but his regular season stats were admirable and could provide another option in net for Ottawa.

If you ask me, I’m not putting too much stock into the “Joe Thornton-to-Toronto” rumours as much as most people, but that’s a story for another day. The rumour involves Nazem Kadri heading to San Jose, and I simply feel that Toronto values Kadri too much to move him at this point in his young career.

For years we have been bombarded with stories of how Toronto is desperately looking for a top-six forward or a top line centre. A deal to pick up Jason Spezza – a Mississauga native – would surely end such discussions. With Spezza and Kadri up the middle, and a potential first line that would see Spezza playing in between Joffrey Lupul and Phil Kessel, Sens GM Bryan Murray may not think highly of gifting a division rival such a star-studded top line.

Nonetheless, it would all hinge on whether Toronto GM Dave Nonis can sweeten the deal for Ottawa. While promising defenseman Morgan Rielly is highly unlikely to be moved, Nonis may feel comfortable parting ways with his highest paid centre Tyler Bozak or even his captain Dion Phaneuf. The subject of trading such valuable players within the division again presents itself, but when it’s a captain-for-captain trade much like the one the Rangers and Lightning pulled off this year, both sides may view it as a deal worth doing. Defensemen Cody Franson and Carl Gunnarsson are also options on the back end for Ottawa to look at.

Goaltender James Reimer is also a possibility, as it appears Johnathan Bernier might be given a heavier workload next season. It’s also known that Reimer is unsettled from losing his starting job to Bernier, and he may welcome a fresh start elsewhere. However, odds are a move for Reimer will come via free agency.

Panthers GM Dale Tallon has already been quite outspoken about shopping his team’s first overall draft pick in this year’s upcoming NHL Entry Draft. They already have one of the most promising young teams in the NHL, meaning that bringing in a veteran like Spezza might be wiser than drafting another young prospect, as it would provide some much needed leadership in a very young locker room.

Let’s not forget that when Ottawa drafted Jason Spezza in 2001, they did so by trading up to acquire the second overall pick from the New York Islanders. Who’s to say the Senators don’t have the same thing in mind this year? Doing so would allow them to draft a possible NHL-ready centre like Sam Reinhart or Sam Bennett. They may even make the jump up the draft board to bolster their defense with Barrie Colts defenseman Aaron Ekblad.

To make this deal happen, aside from including the obligatory pieces of Spezza and Florida’s first round selection, more assets would likely be included in the deal. Rumours of defenseman Dmitry Kulikov’s departure from Florida have been overblown, but the Panthers may still feel he is worth moving for cap space reasons. A trade with Ottawa would present an opportunity to do so.

Panthers right winger Brad Boyes could be another possible player on the move, as he would likely fit in well with Clarke MacArthur and Zack Smith on Ottawa’s second line. Brandon Pirri and Nick Bjugstad could find themselves moving north as well to tighten up Ottawa’s situation at centre with Spezza on his way out. And while some trades involving the 1st overall pick have turned out to be quite lob sided in the end (in any sport for that matter), I feel this trade could manufacture good results for both sides.

At the end of the day, or in this case by the end of the 2014 NHL Entry Draft, Jason Spezza will have a new home. Whether it will be with one of the four teams highlighted above is yet to be seen. Numerous rumours suggest Spezza could be headed to Nashville to reunite with former teammate Mike Fisher. The rebuilding Vancouver Canucks may well be another longshot to take a stab at picking up Spezza, especially with Ryan Kesler presumably on his way out of British Columbia. And don’t rule out a move to the Big Apple either, as the Rangers have a knack for attracting the game’s biggest and brightest stars.

That being said, what I find most interesting about this situation is the mutual respect between Spezza and the Senators organization. We won’t see a messy breakup like we have in the past with some star players. Spezza has given his heart, soul, and his entire career to this organization, and now he feels it’s time for him to move on. With Spezza being one of the most important pieces of Senators organization for such a long time, it’s nice to see that Bryan Murray is willing to give him what he deserves.