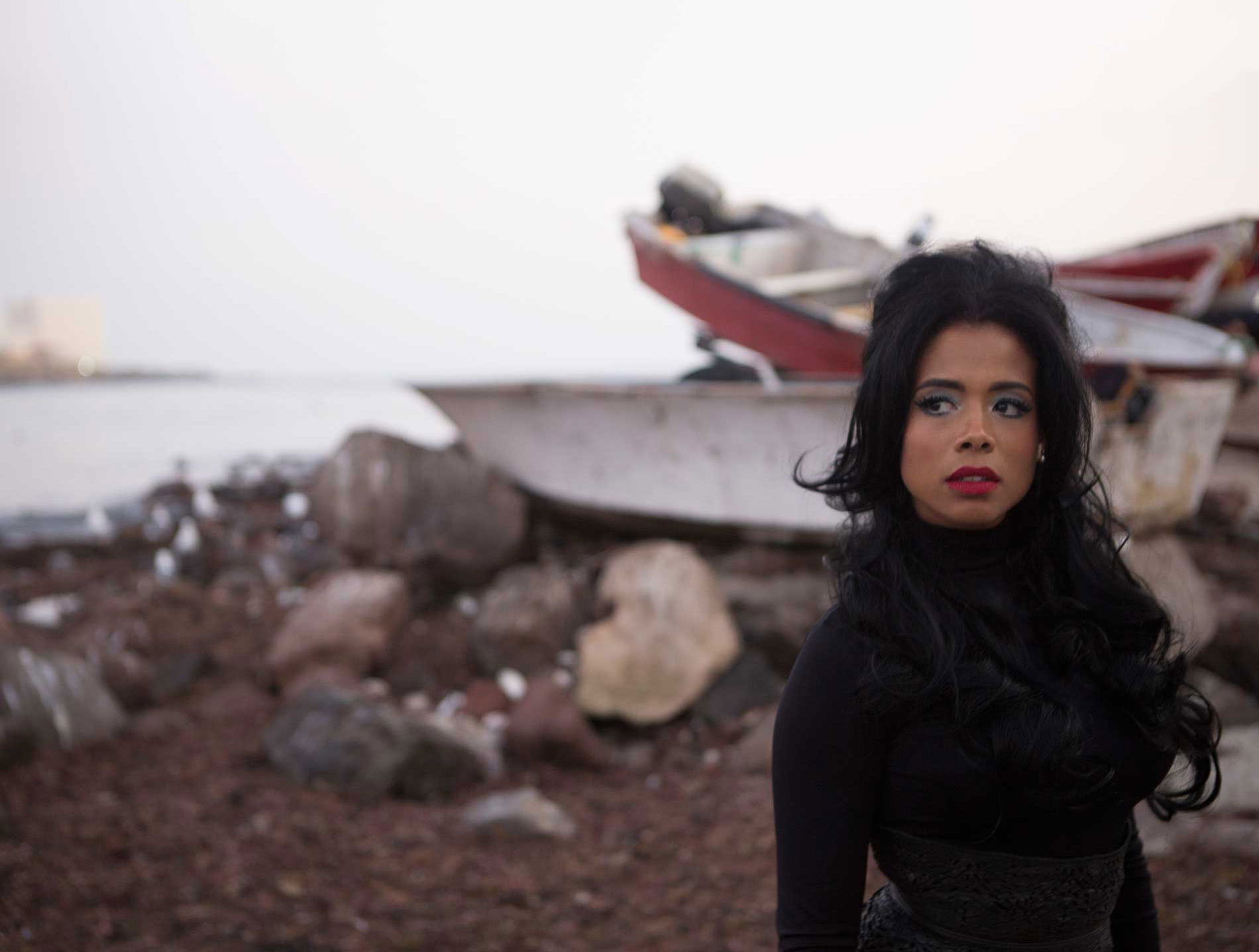 It’s hard not to slip a bad pun or two into a piece about Kelis‘ new release Food (out on British indie label Ninja Tune – April 22, 2014). The track list, after all, does include titles like Breakfast, Hooch, Cobbler, Friday Fish Fry, Biscuits n’ Gravy and Jerk Ribs. I’ve always thought food and music were related and it turns out I’m not the only one. She’s most famous, of course, for her 2003 worldwide hit Milkshake.

This is her sixth album. Stylistically, her previous releases have ranged from contemporary r’n’b to pop and dance. A meeting of the minds with guitarist Dave Sitek of indie darlings the Yeah Yeah Yeahs resulted in his producing this collection.

The album comes by its theme honestly – Ms Kelis Rogers is actually a qualified chef who took a Cordon Bleu course to celebrate ending a dragged out legal battle with a former record label. Food and music are her twin loves and she has a range of gourmet sauces and maybe even a TV cooking show in the works.

Kelis in the food truck she brought to her SXSW performance in Austin this spring:

The single Jerk Ribs was released last year and it’s a good representative for what the rest of the album offers – danceable, multi-layered grooves that don’t so much give a nod to classic retro soul as bring it forward in time to the present. All the elements are there – the flawlessly smooth voice, the tight rhythm section, melodic synth and relentless guitar, hell, there’s even a horn section – but with the sharp, clean and modern edge of electronics added to the mix.

The focus is kept on her strong vocals in catchy melodies that showcase her range and the rich quality of her tone (and rightfully so). It can be sweet or raspy, smooth or dry.  Runnin’ was a favourite track with its gorgeous harmonies over a spare rhythm section.

That crisp modernity of the production is the one critique I’d offer – I was really wanting to hear that superb voice over a big fat B3, scratchy guitars and a horn section at full throttle by the end of this very polished collection of songs. Some of the tracks, like Floyd with its churchy harmonies and growly baritone sax, offer something close to that old school vibe. The most recent single – Rumble, out April 14 – is another track that sticks in your head.