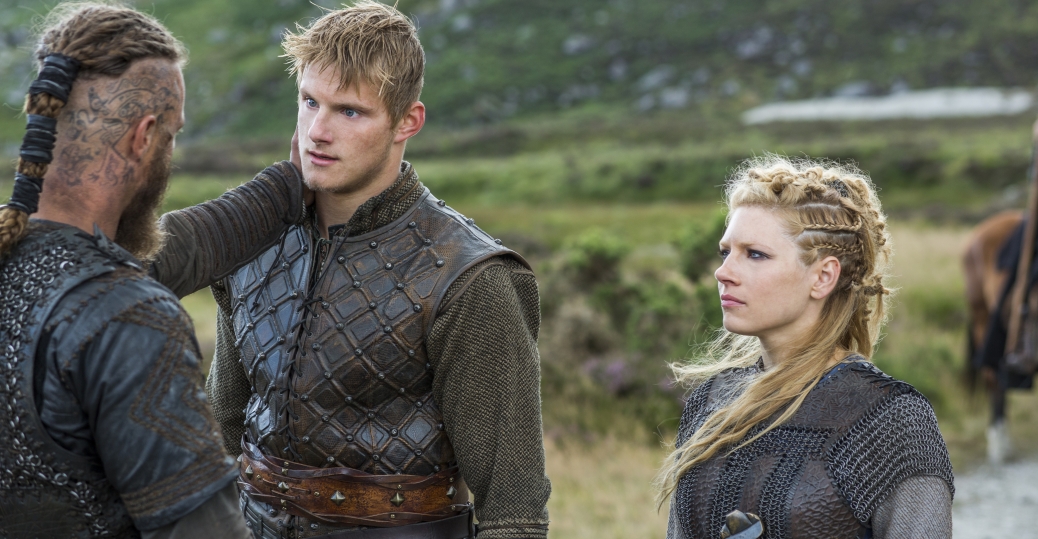 Vikings: An Eye for an Eye

Why do bad things happen to good characters? This is a question I kept asking myself during tonight’s phenomenal Vikings episode. (Spoilers ahead).

There were a lot of good things happening in the episode.  Lagertha and Bjorn’s scenes together continued to be strong. It’s good to know he’ll have her back against her awful husband, although she manages to take care of herself pretty well. It’s the thought that counts. The reunion scene with Lagertha, Bjorn and Ragnar was also good. If you’re going to see your ex-husband again for the first time, you should do it with a fabulous outfit and a small army you raised to save him. I appreciated the fact that they mentioned Gyda; in a lot of shows, a dead character will be mentioned in the episode after their death, then never mentioned again. Props to Vikings for their continuity. Of course the Lothbroks are still grieving for Gyda.

There were also some interesting interactions between King Ecbert and Ragnar, but honestly, Athelstan kind of stole the show this week, and it’s difficult to focus on much else. First, there was his decision to stay in England and continue raiding while Ragnar went to try and reclaim his home. It was a surprising choice; Athelstan and Ragnar’s relationship has been at the heart of the show. Ragnar certainly was expecting a different answer. But at the same time, this is the first time Athelstan had been to his home country since his initial abduction, so his reluctance to leave was understandable. It still caused a fracture between Athelstan and Ragnar. (Who else is concerned that episode 6, titled “Unforgiven” might refer to their relationship?)

It also turned out to be a terrible life decision for Athelstan. The other Vikings that stayed behind were ambushed and slaughtered. Athelstan alone was spared…because the Englishmen decided to crucify him. At first, it seemed like a terrible dream sequence, because they wouldn’t actually try and crucify one of the main characters, would they? Right? Wrong. There was a lot of brilliant foreshadowing leading up to that scene throughout the episode (and actually throughout the season). There were also amazing visual representations of Athelstan’s inner conflict as they nailed his hands to the cross, but showed the arm band Ragnar had gifted him as a symbol of their bond and of loyalty. The scene was intense (kudos to George Blagden) and really well shot, but I don’t know if I would want to sit through it again, because did I mention it was really intense. It was a deliberate sort of violence, in contrast to the fast-paced battle sequences the show usually features, and it was unsettling to say the least.

Athelstan was spared at the last minute by none other than King Ecbert. Ecbert’s reasons for sparing Athelstan are probably much like Ragnar’s back in season one: Athelstan is a very valuable resource. He is in the unique position of having lived amongst both the Norsemen and the Englishmen. Either way, I don’t see things ending well for Athelstan. He’s been more physically, psychologically and emotionally traumatized than any one person should ever be.  One of the things that’s exciting about his character, is in a story filled with legendary figures, Athelstan is (as far as I can tell) an original character, so his story could really go anywhere. Let’s hope it’s to somewhere happy. Or if we’re being realistic, happier.

Other thoughts: I was incredibly concerned last week as to the fate of Ragnar’s baby goats, but the show’s official Twitter confirmed that at least one of them made it. We have to take joy from the little things.