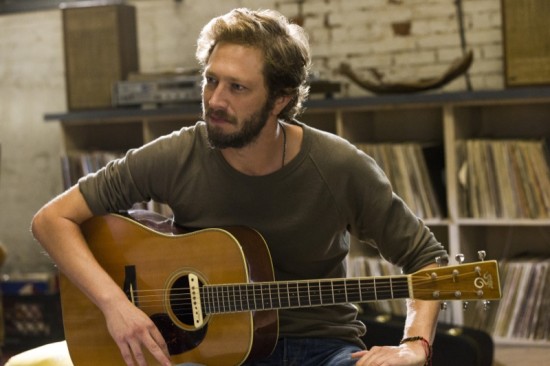 This episode of Girls made me really uncomfortable, like season one levels of discomfort. I’m not saying it was bad, necessarily, but it was so hard to watch and there really wasn’t a single moment in there to lighten the mood and provide me with some relief. Yes, my new favorite guy, folk guy (I think his name is Desi. He has a girlfriend named Clementine. He should really just be called folk guy. He’s the best) is there, but even him jamming with Marnie is cringe worthy and almost unbearable to watch. Marnie still isn’t doing too well, obviously, and her younger friend just offered her a job as her assistant, which is a major blow to Marnie’s ego.

Meanwhile, Hannah’s nightmare has finally come to life: Adam’s staying with Ray so he can focus on his work rather than her drama (her “drama” just being her as a person). Hannah has been feeling neglected an worried, so she sets up this role-play scenario with Adam where she pretends that she’s looking to cheat on her distant husband and he ends up assaulting her. Hannah’s trying to get their sex life back to the way it used to be, but what she doesn’t realize is that Adam used all of that destructive stuff he/they used to do as a way to deal with his alcoholism. Now that he’s in love with Hannah, he doesn’t want to do that anymore, and she hasn’t realized that he’s changed. He cares about stuff, like this play, even though he doesn’t like to show it. He’s moving forward and she’s not moving with him. Instead, she’s going out with her work friends and getting sick all over herself.

Jessa is also spiraling downwards. She and Jasper are out of control, so Shoshanna takes matters into her own hands. She contacts Jasper’s daughter, Dotty, and the four of them have the most dramatic dinner in the world. Jessa is pissed at Shoshanna for ruining what she has with Jasper, but it’s clear that Shoshanna has reached the end of her patience with Jessa. Jasper ultimately realizes what his life could be and leaves with Dotty while Jessa ends up on the sidewalk alone after admitting to Shoshanna that she’s a junkie.

There are only two episodes left this season and all the girls are doing terribly. Seriously, they’re all worse off than when they started. Adam’s doing okay, though. It seems highly unlikely that they’re going to be able to figure themselves out in two episodes, so things aren’t really looking too good for them right now. This season doesn’t look like it’s going to have a happy ending, but we can always hope that we’ll at least get to see more of folk guy.