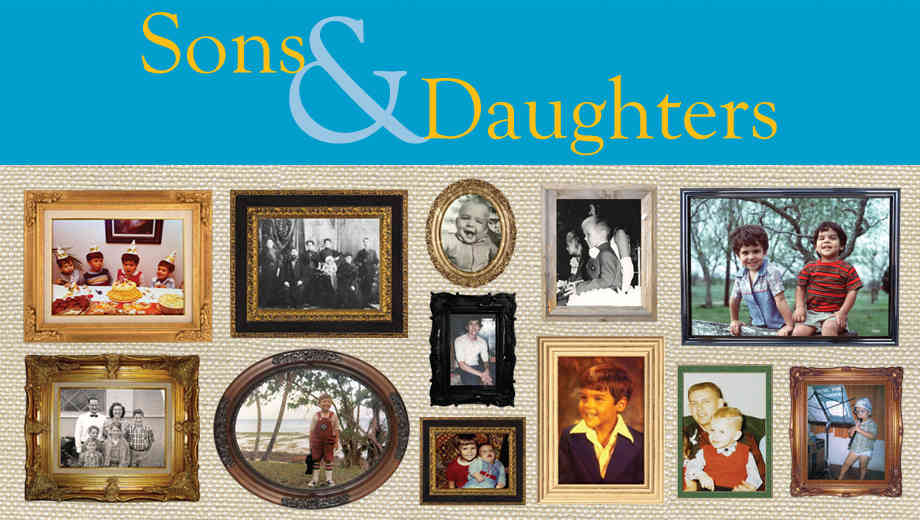 Creating a Home with the Boston Gay Men’s Chorus

If you could re-create your world, who would be part of your family? How would you choose to express your love for them? To what lengths would you go to protect and keep them? And what would you do if you feared losing them forever? Music helps us answer difficult questions and imagine a world made up of the possible. Boston Gay Men’s Chorus (BGMC), an inclusive chorus of singers through the Greater Boston area, present their Spring Concert, Sons & Daughters, but, unlike your typical chorus concert, this performance promises to be a full production.

Led by Music Director Rueben M. Reynolds, III, the BGMC celebrates the 10-year anniversary of Goodridge, the seminal Massachusetts case that legalized marriage between same-sex partners within the state through a joyful and reflective look at families and all their configurations. This celebration explores the joy, sorrow, and success in finding a group of individuals to call one’s family. Reynolds has been exploring similar themes within the LGBTQ community for the past twenty-five years, including leading the BGMC since 1997. This Spring Concert promises to be one of his best.

In the first half of the Concert, the Chorus performs a myriad of songs, which all inform our definition of a “family.” One notable song is an adaptation of “Beneath the African Sky,” a work inspired by sisters who traveled for six years through African refugee camps searching for their parents, after being separated from them because of the Rwandan genocide. The song is gorgeously haunting with a lone oboe melody soaring over the soft tremor of the Chorus. The oboe melody is the tune that the sisters sang as they walked across the African lands looking for their parents and searching for someone to care for them. The song is moving on its own, but is perhaps heightened by the real-life ending in which Oprah Winfrey learns of Clemantine, one of the sisters who came to the United States. Oprah reunited the sisters with their parents on national television as a testament to the power of family. It should come as no surprise that the LGBTQ movement empathizes with such courage, conviction, and strength, and the Chorus sings an original adaptation for men’s voices by composer Paul Caldwell.

With a concert title like Sons & Daughters, it should come as no surprise that the production focuses on the changing nature of families, as they mature and grow by adding new members. “Fathers of Fathers” by Richard Maltby, Jr., and David Shire features three of the Chorus’s most talented soloists as they explore three moments of the emotional journey of being a father and a son. Perhaps most important, the Concert reminds us that we always have the strength and love of our family, even when we’re apart; the song “Always with Love” by Robert Seeley and Robert Espindola from the album “This House Shall Stand: Songs of My Family” offers the hopeful message that family is “now and forever” and “always with love.” The finale is sure to be a showstopper; beginning with Carousel’s “Soliloquy,” another soloist plays the part of Billy Bigelow as he imagines his unborn boy “Bill” growing up, only to wonder and realize, what if Bill is a girl? The moment of discovery and the soft reflection on how our sons and daughters may not always follow their parents’ hopes and dreams is heartwrenchingly beautiful and Billy’s song will touch and inspire. To finish the first half of the concert, the BGMC will perform the iconic “You’ll Never Walk Alone,” also from the musical Carousel. After being reminded that family is forever and that your family will love and accept you, whoever and whatever you are, “You’ll Never Work Alone” is about how even if your parent or loved one is not physically there with you, they’re still with you. As Reynolds so effectively said in his interview: “When you have family, whether biological, or chosen, or some combination, you are never alone.” And with this aspiration, the first half of the Concert closes on a high note.

Audiences are in for another treat for the second act. Just when you thought that the BGMC could not give more heart, they offer up the New England premiere of a beautiful story of loss, love, and new beginnings. Directed by IRNE-winner Larry Sousa, and music directed by Reynolds and Bill Casey, Alexander’s House, written by musical theatre writer Michael Shaieb, tells the story of a man, Alexander (Peter Crosby), who got married and had a son, Sam (Brian Balduzzi), before realizing that he was gay. Alexander divorced his wife and moved hundreds of miles east, where he buys a new home and starts a new family group, including a lover and incredible friends. However, Alexander never forgot his son, Sam, and he continues to send his son a birthday present, which his ex-wife returns, unopened, each year. Unfortunately, Alexander dies quite suddenly, at a young age, leaving his beach house to Sam. The story starts when Alexander’s lover, Carson (Thomas L. Collins, III), and Alexander’s friends, Willoughby (Michael Lombo) and Joey (Nicholas Panagiotou), return to Alexander’s beach house in Provincetown, MA, to pack and clean for Sam’s arrival. While the men reminisce, their lives hang in limbo as they wait for a young man that they’ve never met who may change their chosen family. The beauty in the piece is watching the evolution of this family as they learn and discover new things about Alex, their family, and each other. Will Carson forgive and understand why Alex left their home to a complete stranger? Will Sam forgive his father for abandoning him all those years ago? What will happen to the friendships and familial relationships among Joey, Willoughby, and Carson without Alex’s love and support?

The piece features outstanding songs to feature these performers, including “Tape of the Pope,” telling about life before Ellen or Glee, and “Get out the Gay,” including a team of hot dancing baseball players. The highlight of the performance comes from the active role of the BGMC who sing the majority of the show as storytellers of Alexander’s life and the characters’ journey towards acceptance. While the production offers many gifts for those willing to listen, the true beauty is in the ability for all of us, from different worlds and experiences to enjoy and understand the hurt and confusion of loss, the wonder and amazement of understanding, and the potential warmth of forgiveness. These universal themes resonate and reverberate throughout the production.

The musical features song, dance, and poignant moments and themes that will touch your heart and soothe your soul. Let the Boston Gay Men’s Chorus make you part of their family with their Spring Concert Sons & Daughters; take the whole family, either biological or chosen, for an exciting production of music and love.

Check out the promo video below: