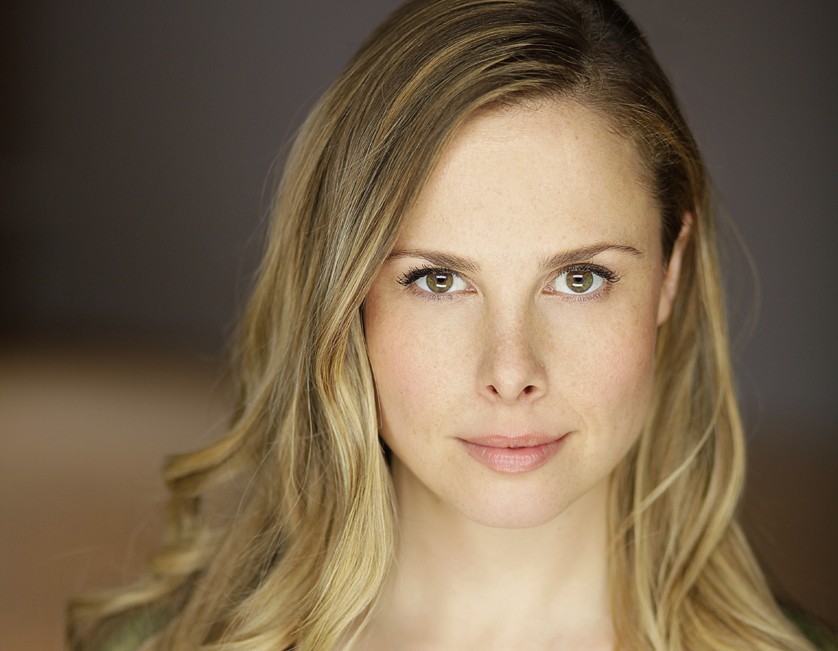 One of the key voices behind FeverGraph, it was Tosha Doiron (along with fellow company member Zoe Sweet) who made the bold choice of John Osbourne’s hyper masculine domestic drama for her physical, female-driven company. The result was their inventive version of Look Back in Anger, one of the most thrilling productions of 2013 by far.

In addition to producing and choreographing the piece, multi-hyphenate artist Tosha also played the leading female role of Allison, earning her a Best Actress in a Regional Production nomination for her stirring performance full of silence and fury.

Can you remember your first experience with theatre?
I started acting in local theatre as a kid and when I was about 9 years old I was given the part of starting this show by walking out on stage holding hands with a boy my age as we sang the first part of “That’s What Friends Are For”. I was so grossed out over holding hands with a boy that as soon as our part was over I let go of the boy’s hand and unconsciously wiped my palm off on my shirt. This resulted in huge audience laughter but I got into trouble after for ruining the moment and for being rude. About 10 years later a guy came up to me after a university lecture and introduced himself as the boy I did that too! I couldn’t believe he remembered. I felt terrible. A clear lesson on the significance of physical actions on stage!

What’s your favourite production you’ve ever worked on?
I think I might honestly have to say this one because I was involved in so many aspects of it. During the process I probably wouldn’t have called it my favourite, maybe the hardest or scariest, but afterwards it felt great. I am really proud of what we accomplished.

You’re one of the founding artists of FeverGraph, right? Tell us a bit about the creation and mandate of the company.
The company was founded with two friends I met while doing my MFA at York University a few years ago. We bonded over a strong movement background and a holistic approach to performance and creation by using the mind and body to develop our work. Our mandate is to flesh out existing stories, to dig deeper and find the story within. What has yet to be told and what does the story need from us? We also hope to create strong roles for women and work in a collaborative fashion with all disciplines of artists.

How do you choose the next play for the company to tackle? Look Back in Anger was an outside-the-box choice for a female-centric company with a focus on physical theatre.
Ha! Yes, I know, it is an interesting choice for us. We spent a long time choosing a piece for this production, from reading published plays and new works to creating our own piece, but for some reason Look Back In Anger kept coming back to us. I think we chose it because it seemed like such a challenge. The more we were told or thought “it can’t work for us” the more we wanted to make it work.

How involved were you in developing the concept for the show in terms of making it more in line with the company’s mandate?
I think after our first few meetings Anita [La Selva] (our director) really understood what we were hoping for and I felt confident putting my trust in her. However, she works very collaboratively and remained open to all of our ideas throughout the process.

What was so appealing about the role of Allison?
I was most intrigued by the fact that I didn’t find her appealing at all at the beginning. She is very different from myself and I found it hard to understand why she allowed herself to be in this situation. I wanted to take on that challenge and try to understand her, which I eventually did. It really opened my eyes to a different but very real set of human circumstances.

What was the most important conversation you and fellow nominee Anita had in developing your character?
We really wanted to make sure that Allison didn’t come across as a victim. She spends her life and the entirety of the play being berated by Jimmy, but we wanted her to have strength and purpose and find ways of still feeling like she was in control of her life to some degree.

Are you a dancer? How did the movement in the piece develop? Were there many incarnations before reaching the final product?
I trained extensively as a dancer growing up before I switched my focus to acting as an undergraduate in theatre school. However in the past several years, and especially since doing my MFA, I have really allowed the two disciplines to blend and always find a way to explore the movement of my characters, no matter how physical the actual production plans to be.

With Look Back In Anger, we knew from the start that movement and dance would be an integral part of this show – we wanted to use it as a way to show what was going on below the surface of these characters and to flesh out some of the characters more. Our first few workshops of the play were purely physical explorations where we garnered so much material. Anita later had us do an audio recording of the entire play and we continued to explore the piece physically to the soundtrack of our own voices reading the play. It was such a great experience. We could have performed most of the piece physically! Eventually we chose just a few key moments where it seemed the most appropriate and necessary.

What were some of the rewards and demands of such an intimate space for a performer?
I love performing in an intimate space and one where the audience is all around us. You have to stay so present and connected to your scene partners and there is so much freedom in trusting that the audience is close enough to see subtleties and detail without having to push. The downside with this production was not hitting anyone or maneuvering around legs that were stretched a little too far onto the stage.

The cast chemistry was fantastic across the board. Tell us about working with your three co-stars (including fellow nominee Eli Ham who played your husband).
We were so lucky to have such a wonderful cast! Zoe (FeverGraph Co-Producer) and I were already great friends and it is always feels so good to take off our producing hats, and just act together. Bringing on Adriano and Eli was such a gift, they were so open to the process and I think spending a lot of time just physically exploring at first got us very comfortable and confident to take risks with each other. (I’ve clearly gotten over my fear of holding hands with boys).

It also helped that Eli is one of the kindest and most giving actors I’ve ever worked with, which was such a welcome contrast to the character of Jimmy.

Do you have a favourite moment in the production?
I really loved doing the scene with Allison and Cliff which we performed physically to the audio recording of our voices. It was a chance early on in the play to express and let out what’s going on below the surface for Allison and help make her role and relationships fuller and more present in this production.

What are you doing now/ what’s your next project?
Right now I’ve been developing a new piece with FeverGraph and I have also been workshoping a new project with Anita LaSelva. However, I’ve just started to enjoy a little downtime because I’m having a baby at the end of March – so I guess that’s my next big project!