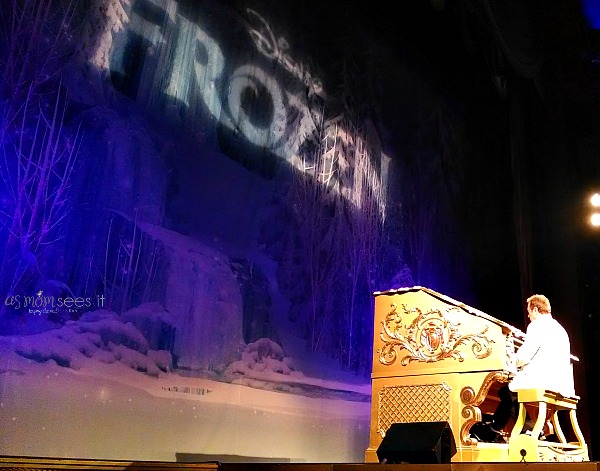 Frozen and the Modern Movie-Going Experience

A lot of think pieces have been written about the declining necessity of movie theaters. They make my blood boil a little bit. I love the movie theater. Basically, every time I sit down in a movie theater feels like the goofy, pre-AMC-movie video where the kids are transported into a magical world while still getting to sip on their ridiculously large sodas. There’s nothing on this earth as capable of changing my mindset and my mood as sitting down in those reclining seats and just letting myself go.

That being said, I also am a big fan of the lengths to which the big chains are going to try and keep viewership up. Dine-In Movie Theaters, Epic Events, and special movie nights used to the purview of cult classics or obscure cinemas, and now they’re growing more and more mainstream.

Which is all preparation for gushing about the unique joy of watching Frozen in a crowded, beautiful, Disney-themed movie theater along with 300 children, parents, and (god I hope) at least  a few other child-less adults who just haven’t lost their sense of whimsy and wonder yet. The El Capitan theater in Los Angeles is one of my favorites – they make seeing Disney movies into an epic event. Owned by the Walt Disney Company, they show exclusively Disney-produced films and they only have one screen, which means that there are plenty of times of year when there’s nothing I particularly feel like watching there. But it also means that sometimes you go catch a screening of OZ: The Great and Powerful just because it’s what’s currently playing, and are pleasantly surprised by how much the atmosphere, goofy magical pre-show, and general aura of childlike desire-to-enjoy make the film a better one.

And so this past weekend, me and a couple of carefully chosen friends prepared our best singing voices and joined the throngs to belt out “Do You Want To Build a Snowman?” And it was positiviely delightful. Not only is Disney’s latest a masterpiece (IT IS!) and a large step forward for pop-princess-feminism (MY FAVORITE KIND!), but the environment added to the show in unique and great ways.

Snow fell when Elsa got terrified. Magical trees represented the geological state of the characters. Kids all overreacted audibly with booing when the villain announced his villainy. And despite the unlimited popcorn and soda that came with our $24 ticket, people were generally respectful and awesome of the show at hand.

That’s the thing that I always feel when people complain about modern day cinema. There’s no where else that exists that allows me to so completely connect with both the material and the audience. It’s why I don’t just buy a really nice tv system*. I love hearing my fellow audience members gasp, laugh, and engage with what they’re seeing. And by and large, especially at these cool event-type cinemas, the people I watch with are respectful. When they’re not, when they’re checking Facebook during Ana’s meet-cute with Prince Hans, they’re the exception. It’s why I’m happy to dole out a little more cash for a lot more value.

Nobody, certainly not my Monday-morning-quarterbacking-self, has any idea what the future of the movie industry holds once the superhero bubble bursts and when we get holodecks in our homes, but I’ll always cherish the movie theaters and everything that brings unapologetic joy to the experience of going to one.

And if they don’t mind me singing along with Idina, mores the better.

*No it’s not. The reason for that is actually money.