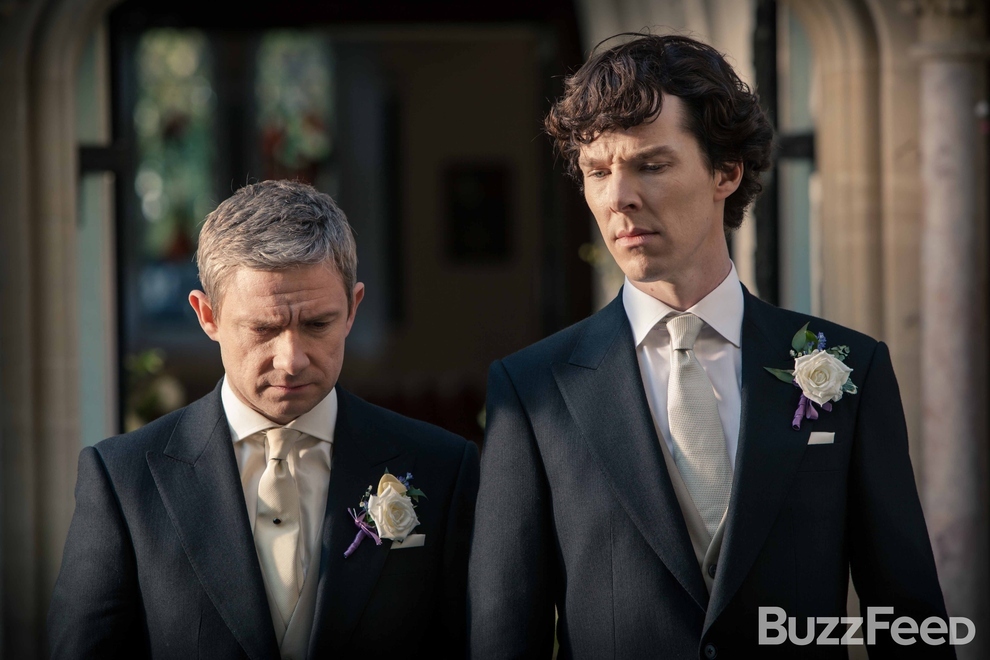 ‘The Sign of Three’ was a light, but perfectly enjoyable episode of Sherlock. It took a break from the darker arcs the show has been pursuing of late, and delivered a fun adventure instead.

Thinking about it, since the end of Season 1, there has been a Moriarty shaped shadow hanging over the show. The Season 1 finale was when he had his first appearance, and Season 2’s finale saw Sherlock fake his own death in the climax of his and Moriarty’s rivalry. Season 3’s premiere showed (or tried to show) the repercussions of that, and even tried to introduce a new big bad. ‘The Sign of Three’ was devoid of arch nemeses, or ‘to be continued’s. Normally, this might be a problem, since Sherlock only has three episodes. Indeed, this episode’s biggest fault was that sometimes it felt like a filler. But having huge overarching storylines has started to feel forced lately, so having an episode featuring a wedding and an adventure that was (so far) unrelated to a criminal mastermind’s dastardly plot.

The format of this episode was unusual. It took place at John and Mary’s wedding, and featured a lot of flashbacks as Sherlock gave a best man’s speech. At first, it seemed like the anecdotes that were shown were just random stories Sherlock was telling. But eventually, most of them came together as little pieces of the night’s big puzzle, as Sherlock figured out one of the wedding guests was going to be the target of a murder. The crime worked for the episode. Sherlock didn’t realize there was going to be a murder at the wedding until towards the end, so it didn’t darken the otherwise light episode.

The series of random, ridiculous crimes was a great call-back to the original stories. In the original Arthur Conan Doyle stories, Holmes and Watson solved a bunch of bizarre crimes which were more exciting and intriguing than dark and menacing; the stories were mostly crazy adventures between two friends, so it was nice for Sherlock to focus on that aspect of the original stories for once. (The best bit of the episode was when John and Sherlock attempted to solve a crime while drunk after John’s bachelor party. They failed miserably, but it was hilarious to watch.)

Sherlock lately has been taking itself too seriously, with overly complicated plots that end with limited payoff. ‘The Sign of Three’ was just what the show needed: a well written episode that was a good bit of fun.