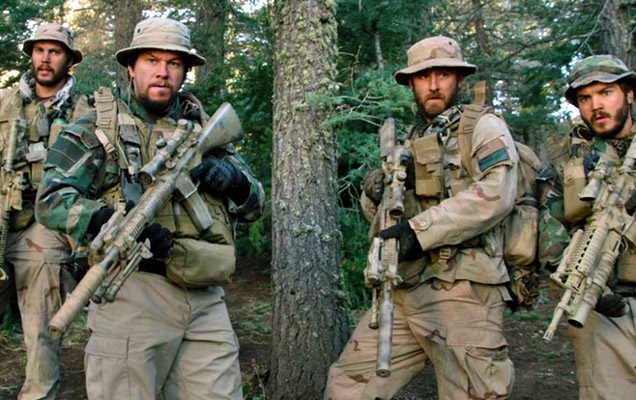 I suspected that Lone Survivor would play out as a very simple, loud, and self-fulfilling patriotic film. Knowing that Peter Berg’s past films included Battleship (2012) and Hancock (2007), I was not exactly sure what angle he would take of this quite spectacular and tragic real life story. The trailer made it seem very Hollywood and over-the-top but as a sucker for Mark Wahlberg, I gave it a shot. To my absolutely pleasant surprise, the film was possessed much more depth than I had anticipated and its ability to remain thoroughly entertaining while still being able to provoke an emotional response without too much prodding is what really sets this film apart from other action and war films.

The film is based off the true story of Marcus Luttrell (Mark Wahlberg) and Operation Red Wings where a group of four soldiers were to do some reconnaissance in order to track down a high-ranking Taliban official. The mission was seemingly cursed from the start and the four men; Michael Murphy (Taylor Kitsch), Danny Dietz (Emile Hirsch), and Matthew Axelson (Ben Foster) were forced to face an opposing force of over 200 Taliban soldiers without direct communication links to their nearest base. It is quite a terrifying story and the although you may know the real story, what Lone Survivor does so well, is seemingly make you forget everything you know and re-instate a certain amount of hope for the doomed men.

There are some very tough decisions that have to make throughout the film and Berg’s ability to create the uncertain tension really gnaws away at your nerves as you desperately clutch to your seat. Each actor plays very strong roles and although some deeper characterization would have been welcomed, you get a sense of each of their personalities and the bond that can be felt between the men is powerful and moving. From what I have read online, this is a very accurate film in terms of its portrayal of U.S Seal teams and Marines down to very minute details and you really do feel like a fly on the wall in the midst of a covert mission.

The film itself is beautiful and Berg’s work with a camera is spectacular; just enough sway in the movement to make everything feel unhinged but not enough to make the audience feel disoriented. The vast mountain valleys, sprawling cliffs, and thick forests are so well encapsulated within each shot and the entire environment really aids in the immersion of the film.

Some may say that the film is a little “action-heavy” and that may be so, but it is pretty clear what type of film Berg set out to create and that is one of intense action and spectacle. The small twists and turns that the story takes are nothing short of remarkable and the ending is not only emotionally riveting, but also quite relieving all the same because you realize the nightmare is finally over. Berg did a great job in this film adaption and although it is by no mean a masterpiece, it is a very engaging film altogether.