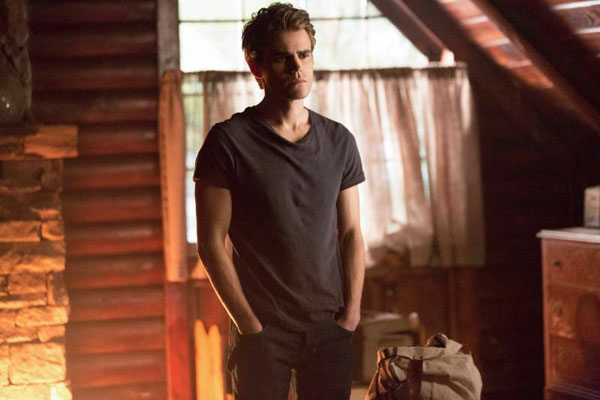 About halfway through the “Original Sin”, my boyfriend starting watching The Vampire Diaries with me. He needed to be explained what was going on and my description went something like this: “That’s Silas and he is bad and he’s the original Paul Wesley, and the girl he’s with is Katherine, the second or maybe third, possibly fourth Petrova doppelganger and the other girl is some weird traveller chick who killed her boyfriend by putting him in Matt, that one blond guy. Silas dated this one witch girl because he wanted to live for ever with handmaiden girl who is original Elena, but he tricked witch girl at their wedding so now she’s pissed, and came back to life, probably cause Bonnie dropped the veil earlier, and she’s trying to kill him now through Stefan.” It went on like that for a few minutes and still, all he got out of it was how to pronounce Ian Somerhalder’s last name, and that there were a lot of “Alanas.” I would like to excuse his lack of understanding by clarifying that he’s really pretty, but to be honest, this whole show has just gotten way too confusing. Sure, they do reiterate the shadow selves/doppelganger aspect until we fully understand, but as soon as that happens, another mystery is brought in.

With the least amount of confusion possible, I will try to explain the situation thus far:

While finally revealing the origins of the doppelganger, and the identity of Qetsiyah, The Vampire Diaries have added so many other mysteries. It is quite entertaining to see how this will all unravel, assuming the writers do it right. The show has turned into one big course on mythology, kind of similar to Plato’s Symposium, in a two people searching for each other forever kind of way.

Still, I remain with questions: