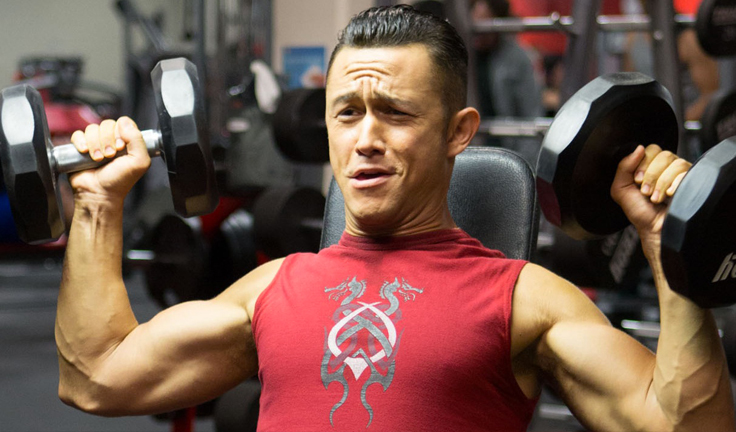 These last couple of years or so have been very big for the, now proven but always sort of suspected, multi-talented artist, director, producer, Joseph Gordon-Levitt. Having secured and fairly prominent roles in critically acclaimed films such as 500 Days Of Summer, The Dark Knight, Inception, and Looper, Levitt has certainly made a name for himself and now has tackled his directorial debut, Don Jon. Levitt tackled this project in conjunction with his social media centered media co-op site, Hit Record and with Don Jon, had earned himself praise from fans and even accepting nods from skeptical viewers. Having taken on such an ambitious project in a relatively early career, some may feel that this is some sort of vanity project, others may see it as an overly-ambitious attempt at proving his worth, but the end result is something that has now truly solidified Levitt has someone who is multi-talented.

Levitt, from the very beginning, shoves in your face the misogynistic view that the media portrays of woman. This view in turn results in men having a very unrealistic view of not only woman themselves, but of relationship and sexual dynamics. In turn, Levitt also makes sure to highlight how cookie-cutter romantic-comedies seem to portray an overly optimistic and unrealistic view of chivalrous relationships primarily to woman and how woman may then have unrealistic expectations set before confused and probably misguided men. The result of both sides being unclear and manipulated by the media leaves couples in fights and conflicts that are, for the most part, very unnecessary and completely unfulfilled or at the very least, naïve.  Levitt also makes sure to highlight how the advancement of certain technologies may be taking away our humane side towards our family and friends. Although some of the messages that Levitt attempts to interoperate through the film are never fully explored, the message is still clear enough to take away something.

Levitt surprisingly pulls off a Long Island-like douchebag yet still manages capture the audiences hearts. His good natured spirit shines throughout the film, but it is always fun, and even a little unnerving, to see him act like a total jerk. As well, Moore and Johansson effortlessly pull off their characters and both do so in believable yet entertaining fashion. The jokes and punch lines all hit where intended while the more emotional side of things struck deep. There is a scene with Levitt and Moore that had completely quieted the whole theatre and had everyone in total silence and emotional awe.

The film in all was slick and easy to watch as the execution was seamless and in the end, lead to a very satisfying conclusion. You were not left feeling as though it were undelivered, yet you were not really clamoring for more; the ending just felt right. As well, the whole film and premise was very believable and puts into perspective the wrong turns our society may be making and that being a little less judgmental and a little less distant could do us all a great favour.