In the past few years, Asian artists have been hitting America with one musical sensation after another. Before the “Gangnam Style” phenomenon took the dance scene by storm, there were others who spiked the industry. One such individual has found her own spotlight on the American stage. Reni Reni arrived in the US with a sparkle in her eye and a determination matched with her model looks.

Coming from Japan, a country of old world traditions and values that long have been put aside in the States, it was not easy to adapt. Yet she has managed to attract the young dance/pop audiences with overwhelming success.

“I think Japanese people are usually very flexible, and I personally like America. I’m still learning American culture, and I’m having fun with American people. If I need to pick something I can’t get use to, then that is food…I still like pizza, but Japanese food is too good to me.”

Reni came from a household of entertainers. Her parents were both stage actors and instilled in her many facets of the entertainment world. She used to practice her singing under a train bridge; she felt it was the only spot where she could be herself and sing as loud as she liked. In addition, her love for MTV fueled her desire to break into the music industry.

After formal vocal training, Reni won a singing competition and began making inroads in the music industry in Japan, releasing her first album in 2006, produced by Takahiro Yamautsuri. The album was well received in Japan and was seen as a stepping stone for her. The music was used for a few Pokemon movies. At this time she realized the importance of expanding her talents to new shores. Hence, she came to America to plant her own flag. 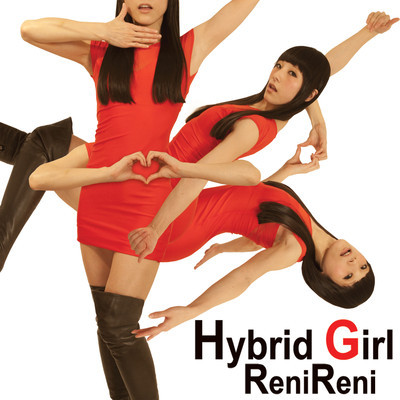 In 2009 she made her US debut, appearing at many Comic Conventions and key venues across the country. At the same time she came out with her second CD Sakura, meant to expose her pure and fun image to the US market.

“I sold physical CDs in all those conventions that we were invited to through out the U.S. Sometimes my agent had to bring 5 boxes to these Anime conventions. I was really happy to find out that people were so eager to buy my CDs everywhere I go. I tried to make songs in “Sakura” very innocent, and I hope that these songs have touched their pure mind.”

Inspired by artists like Rihanna, Lady Gaga, Katy Perry and Nicki Minaj, Reni has a lot of respect for recording artists who are able to fuse music and fashion with successful results. She is all about fashion and making her performance something her fans would never forget. One of her most memorable shows was in Boston where during her performance people locked hands and sang and danced along with her. She admits it was one of the most touching moments that she had on stage. Reni has also become an advocate of a special movement called Moe Revolution, Kawaii/ Cute/ Blossoming. She gave a quick explanation.

“I think I can write a book about Moe Revolution. But in short, Moe Revolution is a kind of new Woman’s style. They know what is real, but at the same time they keep staying in a fantasy. It’s like role playing in real life, but you know what you are doing. Our generation has many options how we live our life.”

Last year, Reni released a new album entitled Hybrid Girl which is still making headway across the US. The album was meant to send a message that life is a mix of reality and imagination. Reni believes in this theory and carries it on in her own everyday life. The CD was produced by Japanese and American talent a musical fusion that had paid off. Even though Reni is proud of the whole album, one particular track stood out for her. The track “Rock Paper Scissors” was her first rap song that was laced with positive lyrics and a fun beat.

As for the future, Reni is planning on pushing forth the Moe Revolution movement and developing more fun music. She has embarked on the idea of producing her own animated Reality Show based on the theme of her movement that will cross between fantasy and reality. Reni is bound to keep making noise and gracing the US with her positive uplifting music. For upcoming events and shows just surf over to her website at renireni.com.