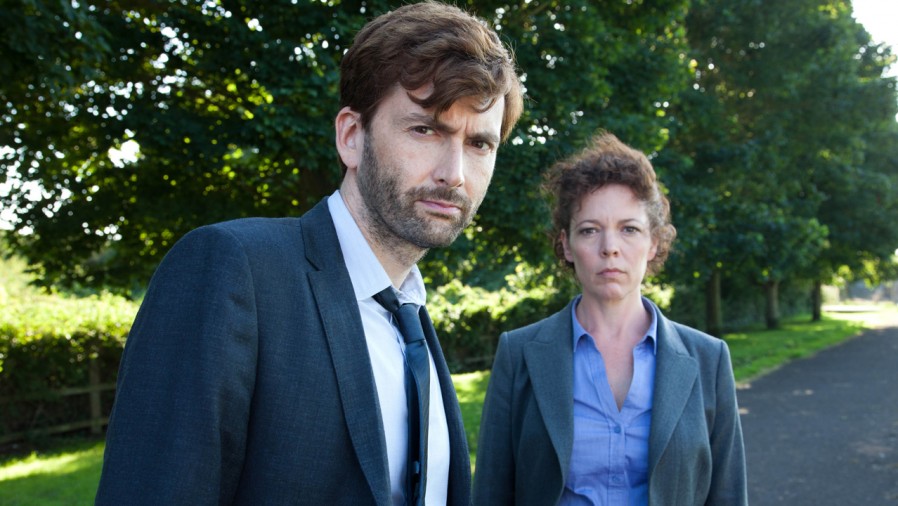 BBC America’s Broadchurch was an emotional equivalent of a punch to the face. It was a fitting end to a dark, intense season that depicted a small, tight knit community slowly crumble.

The catalyst to the series was the murder of 11-year old Danny Latimer. The killer was finally revealed in the finale. It seemed that in each episode, a strong suspect emerged, and it seemed like the killer could realistically be anyone. When the murderer was finally unveiled, it was surprising, but it never felt like show writer Chris Chibnall chose someone at random simply for shock factor; it made sense narratively.

Chibnall should also be praised for his handling of the characters. He created a town full of very real people. On their surface, everyone seemed ordinary, but slowly as layers were peeled back, they were revealed to be more complicated and flawed. And despite their flaws, 99% of the characters remained sympathetic, or if they weren’t, at least their actions were understandable. While Chibnall did an amazing job creating realistic and complex characters, the cast must also be commended. Broadchurch featured a large ensemble cast, and I can’t think of a weak link among them.

David Tennant and Olivia Colman lead the cast, as the leading detectives on the case. Even though the show was more of a character study than a who-dun-it, the investigation served as a narrative framing device, making the two detectives crucial parts. Tennant and Colman were both outstanding. The relationship between their characters was a complicated one that is difficult to describe. There was plenty antagonism and exasperation between them, but they ended on a level of mutual respect. The way the show left their characters made it unclear if they will return for season 2. Two actors of their caliber would be missed, as would their fascinating characters, so hopefully Chibnall has a plan in place so they can return in a way that doesn’t seem forced.

If Colman and Tennant do not come back, the cast is still in excellent hands. Jodie Whittaker and Andrew Buchan were standouts as the grieving Latimer parents. Arthur Darvill also shone as the town vicar who struggled to keep the community from completely falling apart.  I could go on and continue to praise everyone in the cast, but I won’t, because frankly, there are a lot of people in the cast, and they were all excellent.

Broadchurch wasn’t showy or full of melodrama. It was a quiet, dreary, devastating examination of how tragedy can destroy a town. You would think catching the killer of an 11 year old would be cathartic, but it wasn’t. What was so brilliant about the finale was how unsatisfying it was. The killer was unmasked, but Danny Latimer was still dead, and the community still broken. Broadchuch didn’t wave a magic wand and have everyone gain closure and heal their emotional wounds. If anything, discovering the identity of the murderer fractured everyone further. Perhaps that is a bleak, but more truthful view on tragedy.

Other thoughts: This original version is definitely worth watching before the reported American remake of Broadchuch hits the waves.