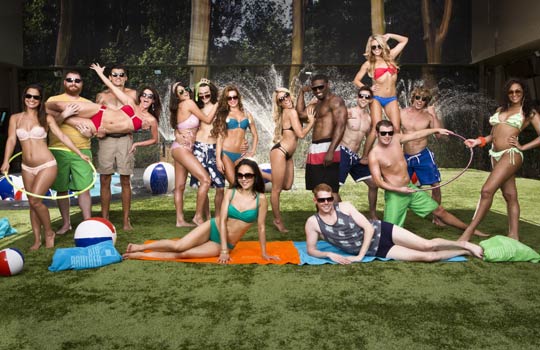 A Note From The Editor:
We love Big Brother around these parts, but our newest writer is new to the show (she’s a lifelong Survivor devotee and a recovering viewer of Big Brother Canada‘s first season this past spring but she’s never tried out his favourite reality show’s weird agoraphobic cousin in its most famous incarnation). As she embarks on her exploratory journey into the pits of wonderful despair we call Chenbot’s Domain, we’re making her chronicle the experience for your enjoyment. The ironic medium of choice? Haikus of course.

Episode Two
Jessie on the block:
“They will vote out the pretty”.
In that case, she stays.

Moving Company.
Nick is super annoying.
Oh wait, they all are.

David is stupid,
while Andy comes off as smart.
Equal advantage?

McCrae gets sketchy,
Amanda seems to have game,
while the rest lie low.

Jeremy and Judd,
and then throw David in there.
Why all the dumb men?