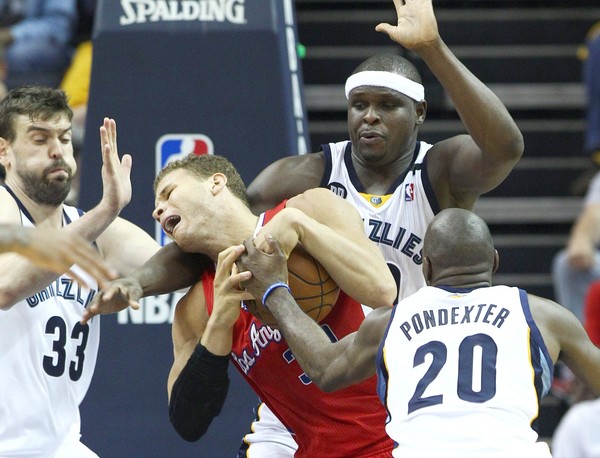 Following a Game 5 loss to the Denver Nuggets, Golden State Warriors coach Mark Jackson accused the victors of “dirty plays” and intentionally targeting Steph Curry’s bum ankle. Whether or not he had ground for the insult, and it’s fairly clear he didn’t, it was a punk move by a supposed proponent of “old school” ball. The complaint had nothing to do with justice, with fair play, Jackson was planting the seed of criminal doubt in the officials’ heads, attempting to swing calls days well before the first whistle of Game 6.

While Commissioner David Stern fined Jackson for the comments, he didn’t cite the rational position that Jackson was a tattletale wuss trying to desecrate greatness, Stern decried the bid to influence officiating. Really, more officiating, one way or the other, is the last thing this league needs.

The joy of a seven game series is that it affords time to the teams to get to know each other, to develop rivalries and grudges, to plan, attack, countermove, and strike again. Inevitably, this familiarity breeds physical play. Players lash out more often, hard fouls get heavier, and off court trash talk fuels the fire, but I wouldn’t have it any other way. It’s tough, gritty basketball at it’s finest, a grind out duel between two clashing teams of titans. That is what makes the playoffs great.

In the first round, the split between fighters and floppers was most evident in the Clippers-Grizzlies series. Known for their Hollywood aping theatrics and diva peacocking, the Clippers tried their apparent hardest to force our disdain despite their up tempo play and highlight reel possessions. Turning every nudge into a charge, whining incessantly at the officials, sneaking in underhanded jabs beneath the basket, sneering with entitlement, they played the game like archetypal Hollywood villains.

Meanwhile, the Grizzlies put their heads down and went to work, hustling and struggling as a team, throwing in some cheap shots, sure, but for the most part, playing a proper game of basketball, the necessary meaty counterpart to the saccharine flash of the Clippers. In a surefire sign that some semblance of justice still reigns in the NBA, the Grizzlies moved on to face the Thunder in the next round and the Clippers face a long offseason of Kia and All State commercial shoots.

Now that my Lakers have been removed from contention, I’m forced to root for objective fan experience, for a high caliber of basketball worthy of our attention, however it shakes out. A few preferences remain, such as any ultimate victor other than the Heat, but in general, all I want are strong, solid hoops, a postseason promoting grit and greatness, not rewarding complaints and dishonest plays to the officials. The Mark Jacksons of the world, the Blake Griffins, need to take a note from the Grizz and let their games do the talking.