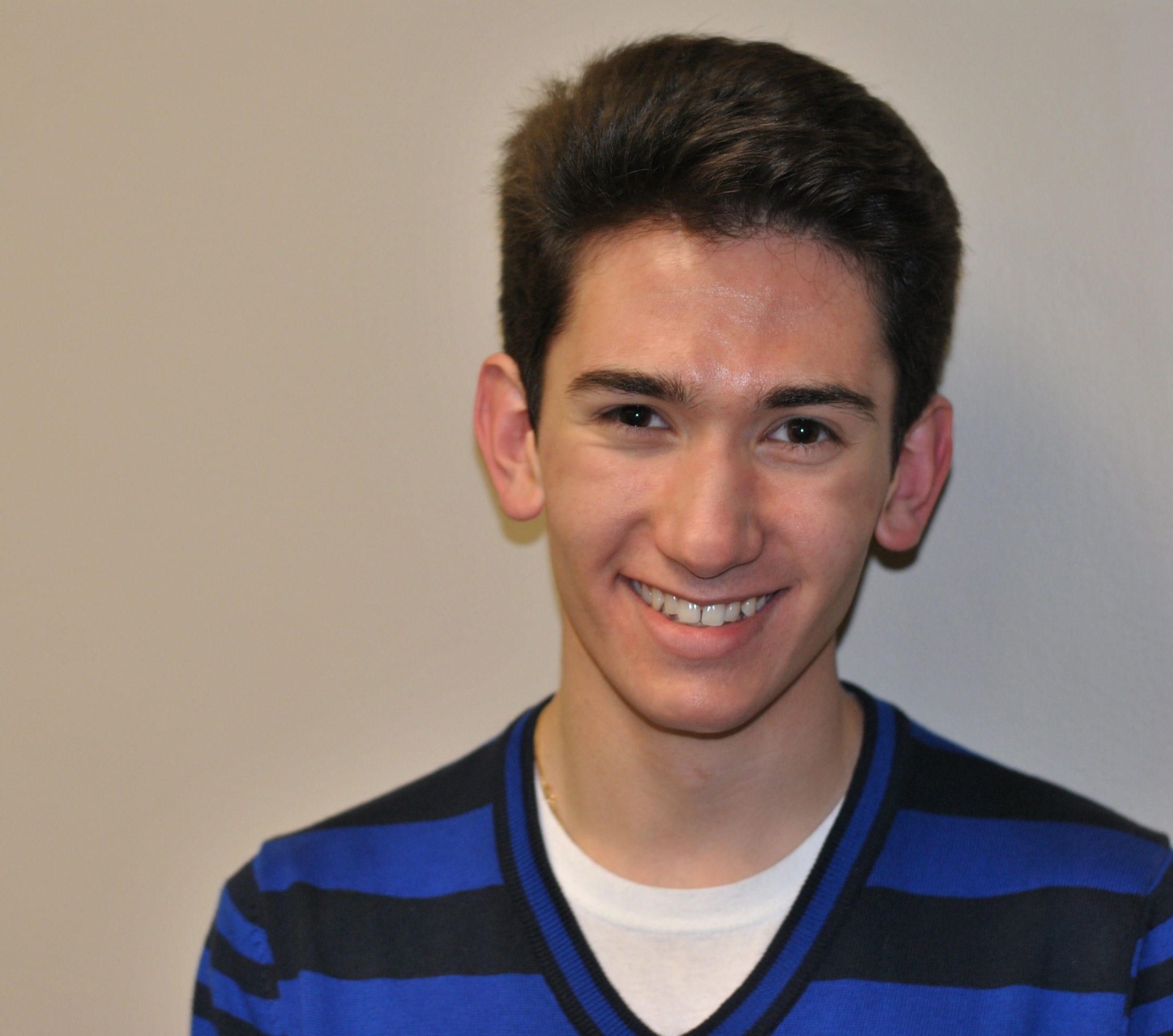 The sweet-voiced standout of No Strings Theatre’s 2012 production, Michael Spiroff’s rendition of “I Miss the Music” (the best number in Curtains by far) captured the audience’s hearts.

One of our Best Student Actor nominees this year, Michael took the time out from playing the iconic leading man in Bravo Academy’s recent production of Anne & Gilbert to join our interview series.

Can you remember your first experience with theatre?
I played Aladdin in my elementary school production in grade seven. I auditioned not really knowing much about theatre at all, and I had no idea what I was getting into. But I had such a great time in that production, and I remember that I couldn’t wait to be in another musical when it was over. That experience was what sparked my passion and love for musical theatre.

What actors and actresses have always inspired you? Are they the same today?
The one film actor who has inspired me the most is Robert De Niro. He brings such a genuine realness to all of his roles that very few actors are able to do. I find it so captivating how he does it no matter what kind of role he’s playing.

When did you first start singing?
I started singing basically as soon as I learned how to talk, and I’ve always loved singing all different types of music. I guess I “officially” started singing when I started in choirs when I was about 10, and I’ve been training classically for the past 2 years.

Do you have any dream roles you think are perfectly suited to you or something completely against type you’d love to try as a challenge one day?
Three roles that I’d love to play that definitely suit me well are J. Pierrepont Finch (How to Succeed), Marius (Les Mis) and Ché (Evita). And, although it would definitely be a challenge, I would be thrilled to play the Phantom of the Opera one day. I would obviously have to wait quite a few years before I would potentially be cast in the role, but I think that it would be an amazing opportunity to play such an epic role.

Which directors and actors have had a major influence on you throughout your career? Do you have any favourite people to work with?
The directors that have had a huge influence on my career are Jennifer Capes, Melissa Bencic, Denise Williams, Tim Askew, Renée Salewski and Tara Litvack. All of them have helped me grow as a performer, and I’m thankful to have worked with every one of them.

What’s your favourite role you’ve ever played or production you’ve ever been in?
I’d have to say Danny Zuko (Grease) has been my favourite role so far. I was fortunate enough to play him at my school, Leaside High School, as well as with Bravo Academy’s theatre troupe. I love Grease, and I loved every minute of playing, in my opinion, one of the best male roles in musical theatre.

How did you get involved with No Strings Theatre?
It’s funny, I received a phone call the night before auditions. No Strings told one of my directors that they were in need of a guy for a role who could play the piano as well as sing, dance and act, so my director thought I’d suit the role well. I went to auditions the next day and before I knew it I was rehearsing for what would end up being one of my favourite shows I’ve been in.

Tell me about the process of rehearsing Curtains. What were some of the biggest challenges you faced?
Since we only had about three or four weeks to put the show together, Rehearsals were pretty intense. But it was such a comfortable and organized environment that, while we worked extremely hard, it was really enjoyable to be a part of the group. As for the challenges, I’ve been playing the piano and acting is musicals for a while now; but not at the same time! It was a new experience having to do the standard triple threat stuff with piano playing thrown into the mix. It took a while for me to get used to it, but it was definitely an experience that has strengthened me as a performer.

Were you familiar with the show at all before you were cast as Aaron?
Not at all! I was familiar with the composers (Kander and Ebb) but I had never heard of Curtains. I think its a shame that it isn’t that well known, because it’s a fantastic show.

Do you have a favourite moment in the production?
I do! Just as Aaron is about to finish his ballad “I Miss the Music”, his ex-wife Georgia walks on stage and interrupts him. But, after she leaves the room Aaron turns to the audience with a beautiful finish to the song. I absolutely loved performing this piece, and I won’t forget it for the rest of my life.

What are you doing now/ what’s your next project?
Right now I’m actually working on my school’s production of the play 16 in 10 Minutes or Less by Bradley Hayward, which I’ve composed an original score for. My dream is to compose for Broadway musicals, and this project has been a great way for me to start learning my way around writing for a big production.

Do you have anything you’d like to add?
I’d like to thank My Entertainment World for my nomination, and I wish the best of luck to everyone who is pursuing a career in the magical world of musical theatre.