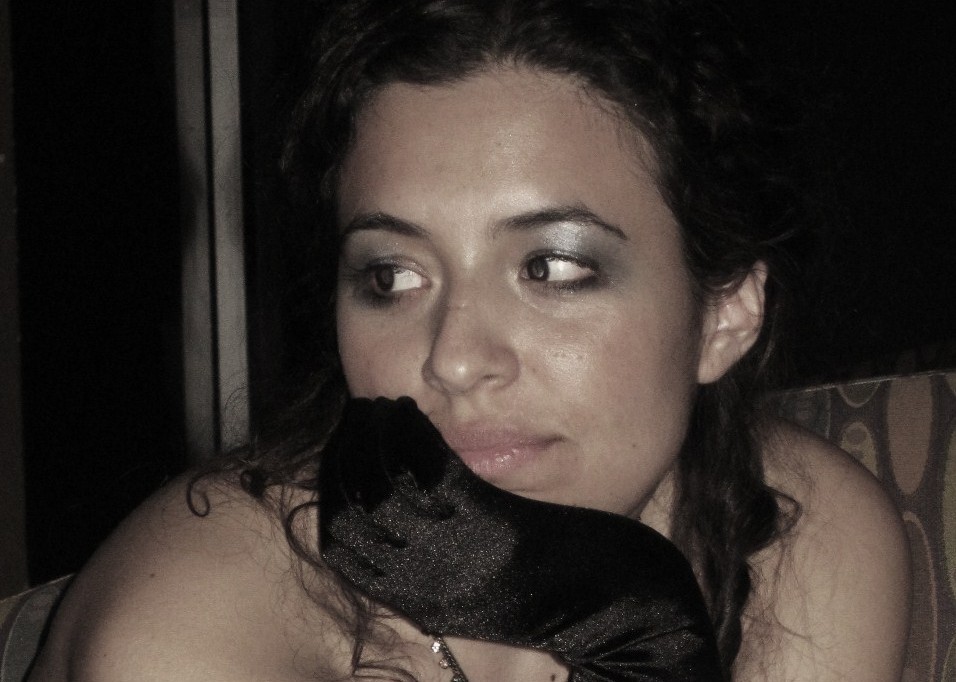 Mariuxi Zambrano is the clever and thoughtful designer who gave Hart House’s Rachel Corrie a practical yet metaphorically rife platform from which to tell her story.

The Best Designer for a Regional Production nominee took the time to answer a few questions for our interview series.

Can you remember the first theatre production you ever saw?
It was in 1998 when I was in high school, the play was Sweeney Todd. I actually helped with the set design, I had no idea what I was doing, I was just following instructions from my teacher to draw here and there.

How did you get into designing?
Creativity has always been a part of my life – I always took art-related courses when I was in high school, then college and then university.

What was the first show you ever worked on?
My first Set and Costume Design show was My Name is Rachel Corrie. I have helped in other shows as assistant but this one was my very first.

How did you get involved with Hart House?
I went to U of T and worked at Hart House when I was in my undergrad. I was familiar with the theater, but I never imagined having the privileged to work with them.

What was the most intriguing thing about the project for you when you signed on?
I wouldn’t say intriguing, but I would say more challenging… for me it was about trying to figure out a way of not being offensive to my Israeli (and Jewish) friends. I struggled a lot because I didn’t want to be seen as a hypocrite- It’s hard to explain to people that [by taking] part in this play, it [doesn’t] necessarily mean that you are against Israel. I respect equally Jewish and Palestinian people. There are a lot of things about politics and religion that I don’t understand and/or agree with, but as an artist I try to convey a message without forcing my point of view and/or taking one side or the other. I could have chosen [for] Rachel to wear the Palestinian scarf- which is a trademark for Palestinian people- but I decided not to. I deliberately used a white scarf as a symbol of peace or innocence. I think that Rachel didn’t know what she was getting into and neither did I when I accepted [the offer] to be a part of this play . Rachel chose Palestine by chance and became so passionate about it because she [was] a fire cracker, and I think that her emotions would have been the same if she were to have gone to somewhere in Africa.

Walk me through the creation process for the Rachel Corrie set. Did you work with the director to create the vision?
I had something in mind, but I adjusted a few things in order to add the video projections. For instance, the play has to have the video played at the last bit of the show, and I was against having a hanging screen as backdrop, so I came up with the idea of the window. By doing this, we introduced the audience [to the concept] with other projections before the last one. I had wanted the window to be divided in 4 so that David (our Sound and Video Designer) could play around with the space. I also wanted it to have a feeling of an abstract home or an idea of a home – something intangible – since the play starts by Rachel talking in her bedroom, and in Palestine she dies defending someone’s home- I mean her death was more than that, but that was the fact.

You covered the stage with sand and hid key props buried underneath. Was that metaphorical significance central to your interpretation of the play?
Yes, I was playing with the idea of memory and place, and also unburying stories.

How did the historical basis of the true story factor into your decisions?
I wanted to stay as true to the story as possible – so I was very careful with every symbol that I used in the design ie:  bed/grave, window/self

What were some of the technical challenges of such a high-concept design?
I felt very grateful to work with such wonderful team, I didnt find any tech challenges because we were all working on the same page – it was as if we were reading each others mind.

Were you pleased with how the design worked in practice? Were there any amusing mishaps from the run?
As an artist, I feel that I can always improve something, so every time that I was seeing the play, I would say: hmm I could have added a little bit of this here and there. But then at the end, I was like – no this is good. I am happy.

Do you have a favourite moment from the production?
When she stoop up from bed and spoke through the megaphone. And also when Rachel raised the pillars from the ground and assigned them.

Do you have any dream projects?
I would love to do a set and costume design for Waiting for Godot.

What are you doing now/ what’s your next project?
I am mostly concentrating on my artwork, but I have my eyes open if anything comes up.

Do you have anything you’d like to add?
Great questions. I feel honored to have been nominated for this award.