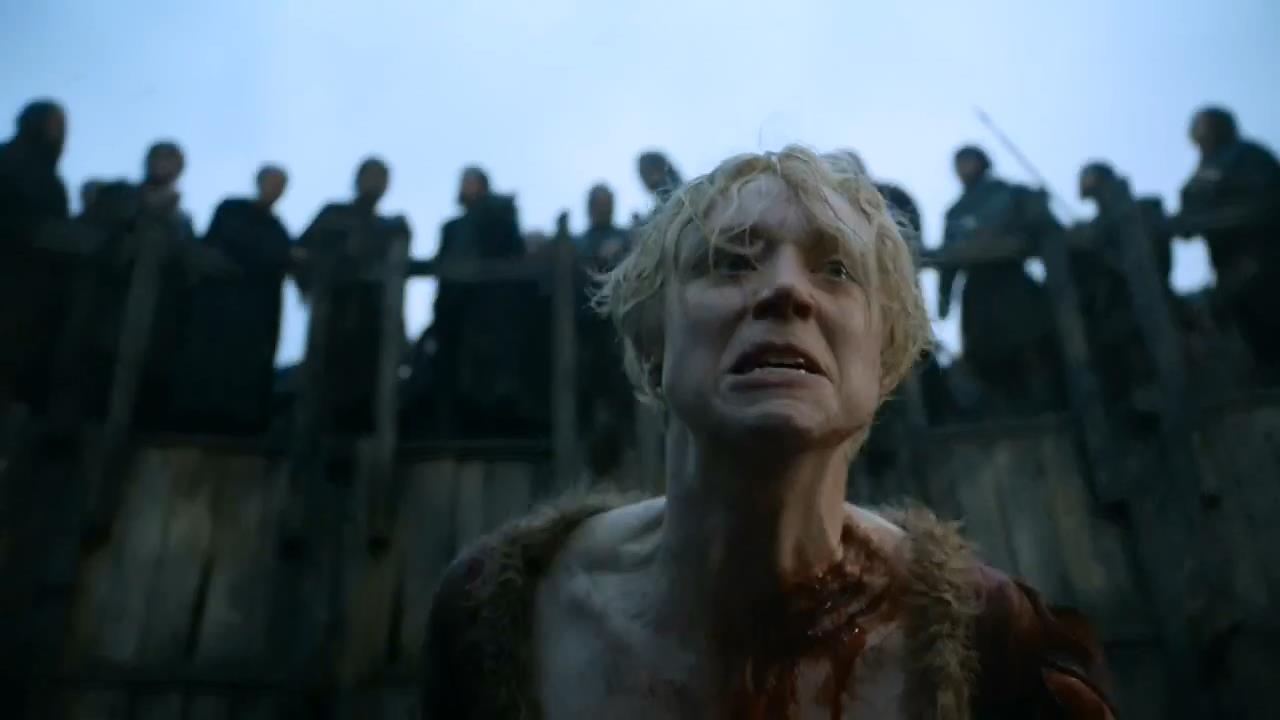 Game of Thrones 3.7 “The Bear and the Maiden Fair”

In “The Bear and the Maiden Fair,” viewers are invited to find out who bends and who breaks within the Seven Kingdoms. Robb Stark plans upcoming battles as well as a family while the Lannisters continue to work endless hours planning for future battles on both sides of offense and defense. Daenerys advances her game pieces across the board, aiming to gather an additional 200,000 men for battle while Jon Snow and Ygritte argue over loyalty in new ways. As always, characters within the Game are sometimes deceitful, sometimes honest, sometimes evil, but always trying to get the upper hand while death patiently waits around the corner.

“How am I supposed to sit here and plan a war while you’re over there looking like that?” asks Robb, to his seductive wife, Talisa, as they take a break between sessions of horizontal relations.  Sitting at his desk, his eyes continue to wander back and forth between the game pieces of war and his nude wife. She lies on her stomach as if she’s tanning on the beach, writing a letter to her mother in her native tongue while speaking encrypted messages to her husband. Finding out his true intentions, he seems to be making all the right moves in the bedroom, which may or may not cause him and his troops harm in the future. Aside from planning to visit her mother in the near future, she admits she expects there is a baby brewing inside of her.

While Robb is taking the night off with his bride, Tywin Lannister is working overtime, trying to continue his efficient schedule, which runs like a machine. In a meeting with King Joffrey, (on Joffrey’s turf), Tywin holds in his temper with the boy, answering questions with the little regard to whether or not the boy needs to know any of the answers. When Joffrey asks why the council meetings have been moved so far away, Tywin admits that it’s better to have the meetings in his chamber as to not waste time walking to the meetings. Joffrey never attends anyway and this seems to be the first time he’s become bored enough to show an interest. After answering a few questions, Tywin steps closer to the boy and comments, “We could arrange to have you carried,” quietly reminding him of his childlike presence. The is also the first time that the Lannisters have mentioned Daenerys and her dragons, where Tywin seems confident and Joffrey seems frightened.

Tywin should be more fearful of the dragon queen. Rolling through the East like Alexander the Great, Daenerys movements are precise. She seems to truly use her council—they answer her questions and she makes split-second decisions. So far, she seems to be accurate in all of these decisions. Arriving at the city of Yukai, the slave-owners inside are wise to stay inside the walls, only sending out a messenger to negotiate with the mother of dragons. After the messenger kindly offers her two crates of gold and as many ships as she needs, she asks him to set his slaves free. Outraged, he orders the handful of slaves with him to take back the gold, which upsets the dragons. While the scene leaves somewhat open ended, it’s clear that Daenerys will continue to build her army of slaves, turning them into free men who will fight by her side or die trying.

Meanwhile, Jon Snow and Ygritte are battling between their new relationship and love of country. His new woman ruthlessly bashes the military customs of his people, much like a child explaining rules to an adult. She unfortunately knows very little about war and lives on hope. Snow is forced to explain to her that six out of six times, when her people attacked, they were not only beaten, but nearly massacred at levels of mutiny. Ironically, this conversation happens a few seconds after her jaw drops at the mere site of a windmill—believing it was built by kings. While the two seem a little unclear about which side they will choose upon battle, she reassures him that they will be together:  “You’re mine, as I’m yours. If we die, we die. But first, we’ll live.”

In a twist of fate, Tyrion now has two women that are either bound to him or he feels responsibility for, but has absolutely no control over. His loyal killer suggests that he “Wed one [and] bed the other.” Unsure of his situation, his future bride is equally uncertain that she will be able to perform in the bedroom with the dwarf. Sansa learns some birds-and-bees lessons from Margaery, who explains that an experienced man is better than a virgin, admitting, “…Pleasing us takes practice.” In the final scene between this love-triangle, Shae admits that while she loves Tyrion, she doesn’t want to be his mistress on the side, despite what he can provide for her and any potential bastard children they may have.

Set free and being escorted back to his father, Jamie takes a moment’s rest so the doctor can nurse his nub. Cleaning the wound, Jamie asks why the man no longer works a more respectable position. Finding out that the doctor used to perform experimental procedures on the sick and poor, the Kingslayer is somewhat outraged. The man battles wits by asking the killer how many men he has killed, when the two agree the number is “countless.” For a brief moment, Jamie swells up his chest, liking the immense number of dead bodies that have died by his sword. A few seconds later, he admits to saving hundreds of thousands within his kingdom. It is here when he decides he must go back for Brienne.

Jamie threatens his escorts so they all make the trip back for Brienne. Once inside the nearly abandoned town, Jamie rushes over to find all of the remaining men surrounding a Gladiator-like pit, designed for battles to the death. Inside of this human cockfight, Brienne carries a wooden sword and still rocks the ridiculous dress the men have put on her. Blood drips down her neck from three four-inch diagonal gashes that nearly expose her collarbone. In front of her and the owner of the claws is an Alaskan Kodiak Bear that is nearly ten feet tall. After a quick argument with the same man that cut off Jamie’s hand (Locke), the Kingslayer jumps into the pit without a weapon. Rather than fight the giant beast, he simply protects Brienne long enough for her to escape. After a scuffle, he climbs out afterwards nearly unharmed. Jamie bends, but only enough to break the Locke.

(Known as “Little Bart,” the Kodiak Bear in this episode has also been featured in Into the Wild and Scrubs).