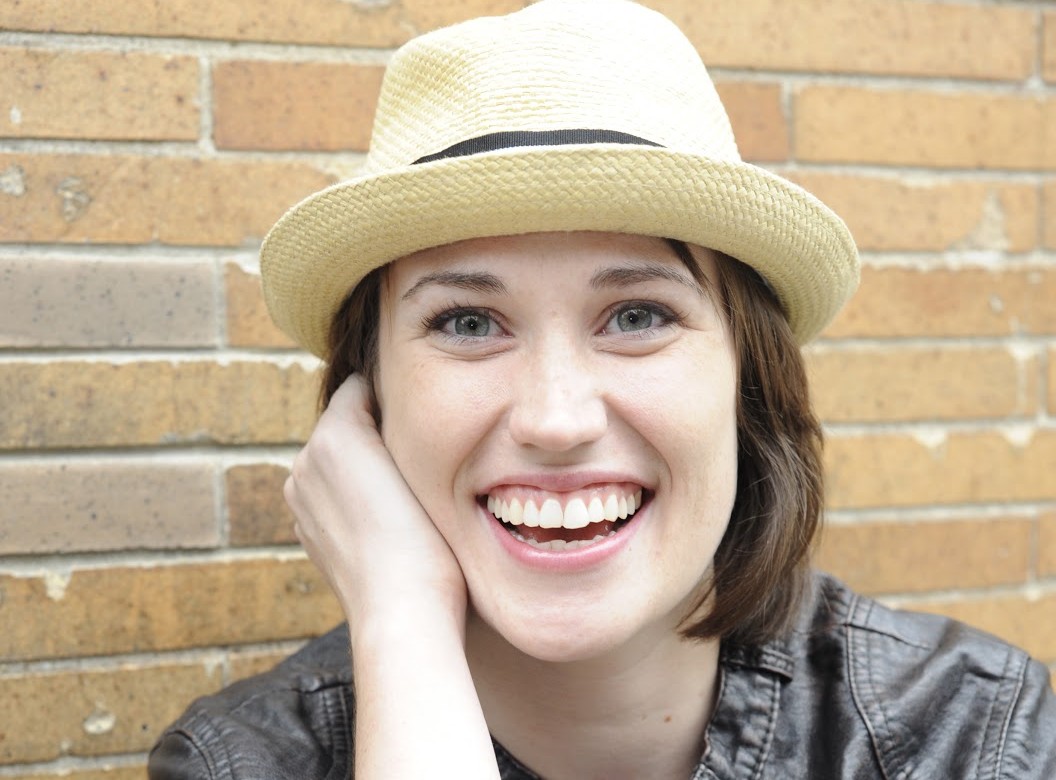 Scarlett Redmond is the magnetic actress who elevated The Brown Box Theatre Project’s first Boston production- the daring Some Explicit Polaroids– to make it a stellar premiere.

A Best Actress in a Regional Production nominee in this year’s My Theatre Awards, Scarlett found the time after her big move to LA to talk to us about one of her last shows in Boston.

Let’s start off easy. When did you start acting?
When I was three I started dancing, and I did my first play in Elementary School. I played a judge overseeing a trial about the Tooth Fairy. Heavy stuff! I was hooked at a very young age.

Did you always know that you wanted to be an actress?
I always knew that acting was my favourite thing to do, but growing up I didn’t think it was a realistic career option. When I started applying to colleges, my parents encouraged me to follow my passion and study theatre. I’m very lucky to have that kind of support, not everyone does.

Talk to us a little bit about how you pick which shows/productions for which to audition. How did/do you pick your next projects?
I used to audition for everything. I think most actors go through a period like that, the “I’ll take what I can get” mindset. Now, I’m a little pickier. I want to respect the material and be passionate about the project, so I see a lot of theatre and make an effort to audition for the companies and directors producing work that moves me. I heard somewhere that a creative project should fulfill at least two of the three categories: your soul, your resume, and your wallet.  In a perfect world, every project would fulfill all three.

Nadia in Some Explicit Polaroids seemed pretty emotionally demanding. How did you prepare for your performance?
Nadia was such a great character to play because of her emotional arc. In terms of getting into character, the costumes and make-up helped a great deal. Nadia’s style is pretty far from my normal day-to-day look, and clothes definitely change the way you carry yourself. Nadia also deals with a lot of physical abuse in the play, and it helped to think about exactly where my physical injuries were (which rib was bruised, etc) and how that feels.

In general, do you do anything else to prepare for your roles?
I love doing Linklater vocal warm-ups right before a show. It’s a comforting habit that helps calm nerves and check in with my breath.

Do you relate at all to Nadia?
I definitely relate to Nadia. She’s a stripper dealing with an abusive relationship and luckily I am not in that situation. But she is also a person looking for love and human connection. She has a caring heart and a huge willingness to forgive. After a horrible experience, she turns around and says “Hello, new day.” She’s a person who finds the positive in every situation. I respect that.

What was your favorite part of your performance in Some Explicit Polaroids?
My favorite part of the performance was probably the make-up. Every few scenes I enter with new bruises, cuts, wounds…mostly on my face. It was gnarly. It’s trippy to see yourself look like that, and then to see other actors react to it. I also loved developing the scenes with Victor (Nick Chris) and Tim (Terry Torres). Those two are the closest thing Nadia has to a family, and it was a blast figuring out our rhythm as a group.

One of my favorite parts about your performance was your ability to connect with your scene partner. Do you have tips for how you establish such fully dimensional chemistry and relationships?
Chemistry is such a funny thing. There’s no way to guarantee a spark between two actors, and even if the actors feel it, there’s no guarantee that the audience will! I think personal connections help. Trust helps. Actors put themselves in a very vulnerable state, and it definitely helps to trust the other people on stage. I think it helps to genuinely care about the people you’re on stage with.

How do you handle less-than-stellar reviews?
Bad reviews suck. They just do. I try to remember that a review is just one person’s opinion. It can be confusing and frustrating when you’ve spent the last few weeks or months falling in love with the play and your character. It’s hard not to take it personally, but I always try to take something positive away from it. Maybe someday I’ll stop reading reviews.

What was the most challenging role you ever played? Why?
The last role I played in Boston was Vic in Love Person with Company One. It was probably the most challenging but also my favourite theatre experience. The play centers around a deaf woman, and I played her sister. I didn’t know any ASL (American Sign Language) before the process, and I needed to sign a good portion of my lines. I was lucky to have an incredible team of ASL Interpreters and ASL & Deaf Consultants to work with, but I was very nervous to attempt to learn a new language in a few months. I also LOVED the play and LOVED the people involved. I didn’t want to let anyone down and I wanted to do this beautiful play justice. I hope I did. I think the best theatre experiences are often the most challenging ones.

If you could play any role in any show, which, and why?
I definitely want to play Lady M in The Scottish Play. She’s a powerhouse. Also, Juliet. I think she’s more fiery and fun than people give her credit for. Other than the classics, I love ladies with a bit of crazy like Vanda in Venus in Fur by David Ives.

Do you have a funny mishap or moment on stage from any prior production or performance?
I had a prosthetic nose for a play a few years ago that fell off during a performance. There’s not much you can do to cover that, but luckily it was French Surrealism so wacky things were intended to happen throughout the whole play. A lot of things are beyond your control, you just have to roll with the punches.

What are some new projects for you?
I just wrapped an episode of a Western-themed show set in the late 1800’s. It was a blast. The period wardrobe really does affect the way you become the character. Next up is an industrial shoot for the Mayo Clinic.

Why did you decide to relocate to LA? Did you find Boston offered enough opportunities for young, talented female actresses?
I grew up on the east coast and spent about 7 years studying and working in Boston. I wanted a break from the cold weather! I’m also really drawn to TV and Film, and while Boston’s scene is growing, you just can’t beat the amount of work happening in LA.

What is your biggest struggle as an actress and performer?
Enjoying the present moment is sometimes a challenge. I have a tendency to always think: “What’s next What’s next What’s next.” I get anxious if I don’t have jobs booked back-to-back. I need to make a conscious effort to slow down and appreciate what is happening right now.

I see from your resume that you also do a lot of film and television work. What are some key differences for you when performing from the stage to the screen?
I find film intriguing because so much happens after the actor goes home. You don’t really know what the project turns out to be until it’s edited, etc. With theatre, you get a good sense of the whole package by the time you’re performing. The lighting, costumes, sets, direction & acting all come together in one beautiful culmination. Film is more step-by-step, layering on. I’m still learning a lot about that side of the film world.

Do you prefer the stage or the screen better for performing? Why?
At the moment, I’m really enjoying acting for the camera. I’d like to do more period pieces, and I love what’s happening in episodic TV at the moment. It would be amazing to play a character throughout an entire season of a show, or a few seasons. The room for growth is incredible. That being said, I’ll always come back to theatre. There’s nothing like the energy of a live audience.

What else do you enjoy in your spare time?
I teach yoga and hike often. I ran a few half marathons last year and I’m hoping to complete a full marathon this year!  I just finished a cross-country road trip from Boston to LA. I also love to bake vegan treats.

Do you find these activities prepare you for your roles at all?
The physical activities definitely help prepare me for roles. The other stuff makes me a happy person, and hopefully that makes me more fun to work with. Plus, random life experiences find their way into your work years down the road. Everything is connected. And right now, I’m just trying to enjoy the moment. It’s a pretty good one.