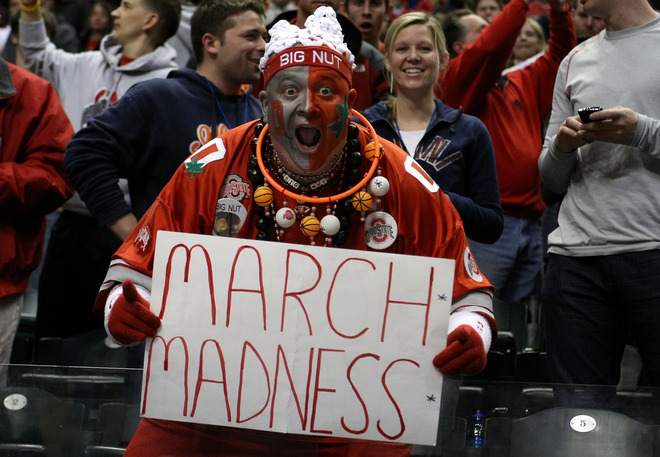 There’s a lot to nitpick in college basketball, the often sloppy recklessness unappealing to seasoned NBA viewers accustomed to a more polished level of play. And the playoff system itself- the randomness of letting a small conference nobody knock a top contender out in the first round- seems sacrilegious to a viewer raised on grind-out seven-game series designed to force the cream to the top. Upsets can and do happen in the NBA playoffs, but by expanding the sample size of each bout, averages weigh out to favor the foretold juggernauts, not the wily upstarts.

Despite my regular attendance of UCLA home games and passing inspection of box scores and commentary, I have always believed the NCAA to be inferior. When I watch sports, the moments that keep me coming back are the transcendent realizations of individual ability, when an athlete produces a physical motion so absurd to my understanding of anatomy and physics that I can scarcely comprehend how it was conjured. The pros spit these out in spades, Lebron and Kobe each good for three or four a game. These freak plays exist in collegiate hoops, just not at the same frequency or magnitude.

That said, college hoops has plenty of punch the NBA lacks. Some of the league’s defining and most endearing qualities- team oriented play, loyal and vocal fan bases, unpredictable outcomes- are rarely exhibited on the pro level. Despite the glut of one-and-dones and other early draft entries, the continuity between seasons is stronger, newcomers often sliding into a pre-established team identity. Take a team like Duke. Their roster refreshes every few years, yet they always seem to have the same game, the same cold, blue-blooded approach.

What the tournament really highlights, the most exciting aspect of NCAA basketball, is the anything can happen randomness that sprouts from a pool of relatively inexperienced and well-matched teams playing single elimination matches. Even in the regular season, there was a stretch of weeks where the nationally ranked #1 turned over every poll, front runners knocked down by conference weaklings and rising contenders proving their weight. In comparison, the 2012-13 NBA season has been a long march to the Heat’s repeat, the crushing inevitability of their supremacy snuffing out all sense of surprise.

This year, the first round of March Madness saw Georgetown, a recognized force and hesitant pick for the Final Four, lose to the dunking outlier Florida Gulf Coast University, the rough equivalent of the Knicks getting knocked out by the Raptors. For stat heads and sports rationalists that seek explanation through performance, the high rate of upsets and unexplainable implosions are infuriating. Likewise for the average sports enthusiast, checking in only to fill out a bracket, put a few coins down, and hope all proceeds according to design. There is predetermined logic, only in limited quantities; the predominant force is chaos.

Here’s the trick to enjoying March Madness: embrace the insanity. Sure, we can wring our hands over indecipherable comebacks and premature kingslayers, waving the predetermined plan from ESPN at the screen, demanding to know why it could not come true, or we can let the dance work its magic and find the joy, the ephemeral rush, of last minute triumphs and bracket-shattering defeats, the passion and pride of youth, the magical sense that, rather than a predetermined outcome, anything can and will happen. The heaviest favorite can lose to the lowliest squad, take its rightful place on the throne, or find some middling destination in between. This brand of spontaneous narrative doesn’t occur in the NBA, not at anywhere approaching the same rate. While the overall skill level may be less, the pace of play slower, the incidence of athletic transcendence lower, we take pleasure in college basketball’s enchanting entropy all the same.

Until the Final Four fall to disorder, let Madness reign.