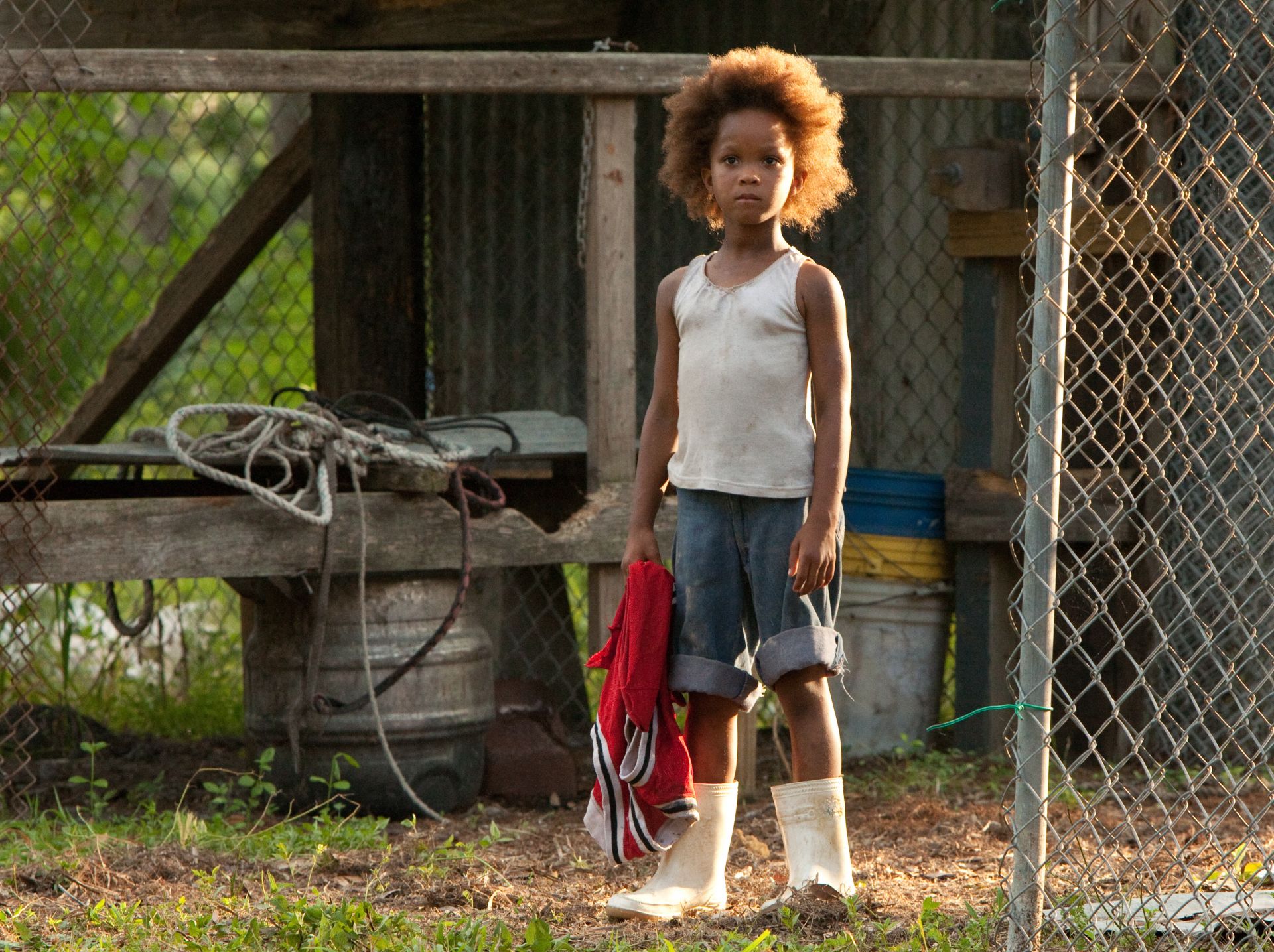 Ballad of the Southern Wild

In the Louisiana bayou, cut off from the rest of the world, a small free-spirited community has settled down. In this water-sunken place (or, as the locals refer to it, “the bathtub”) the poverty is surreal, yet no one seems to mind. Seen through the eyes of 6-year-old Hushpuppy (Quvenzhané Wallis) it is “The most beautiful place in the world”. The grainy look of the film and the captured jarring images, however, contradict her sentiment by conveying a  pretty gruesome reality. Nevertheless, in this “enchanted world”, life is portrayed as survival more than struggle. Despite the lack of food, running water, and refrigeration, none of the characters seem to complain about the harshness of day-to-day life. Instead, this united community is well-equipped with self-made hunting tools, endless gallons of liquor, and a great deal of scientific knowledge to handle the challenges of the day.

This coming-of-age tale shares striking similarities with Rebecca Miller’s The Ballad of Jack and Rose as first time director Behn Zeitlin explores the familiar theme of fatherhood with emphasized male dominance. Both places – the bathtub and Jack Slavin’s commune — appear to be very isolated. Both central parental figures- Hushpuppy’s father Wink (Dwight Henry) and Jack Slavin (Daniel Day-Lewis), Rose’s father- are single parents and men of pride with obvious short tempers and terminal heart conditions. Knowing their days are numbered, both men appear to have one main agenda- to secure their daughters’ future. In Jack’s world, along with improving Rose’s knowledge of math, science and gardening, he decides to bring a woman and her two teenage sons to the household, “to take care of things.” Wink takes a different approach. When he is around and sober, he teaches Hushpuppy flood-survival skills and how to catch fish with her bare hands. In both cases, the fathers not only dominate the household but also appear to be somewhat selfish. For all their idealistic beliefs, they deprive their daughters of the freedom to explore the world to its fullest, turning them into wild ones.

Unlike Miller’s film – which follows a fairly conventional structure- Zeitlin’s piece has no structure whatsoever. Not only do the events in Beasts happen without order and obvious reason, but it seems that the core concept of the story is completely missing. The world of the film lives in between reality and fantasy. This approach covers up numerous plot holes but appears useless when the story lacks clear purpose and direction. Moreover, Hushpuppy is a mere observer in her own story rather than a true protagonist. When the world of Miller’s main character Rose is suddenly turned upside-down by her father’s decision to bring strangers into the house, she opposes that decision and searches for ways to get rid the strangers and have her father and old life back. In Hushpuppy’s case, Wink is the one making the decisions and driving the story, she is just watching things happen with no story or goals of her own.

While Miller’s film uses well-fleshed-out characters to drive the story organically, Zeitlin’s film does the opposite – the events manipulate the characters. As a result, they appear less as human beings and more as animated balls of energy and high spirits- bouncing from one scene to the next, struggling to reach a conclusion. This puts up a giant glass wall distancing the audience from the story and characters. Despite gritty aesthetics and an abundance of hand-held shots designed to bring the audience right into the world of the film, the superficial characterization lends Beasts of the Southern Wild the quality of a 3D cartoon movie