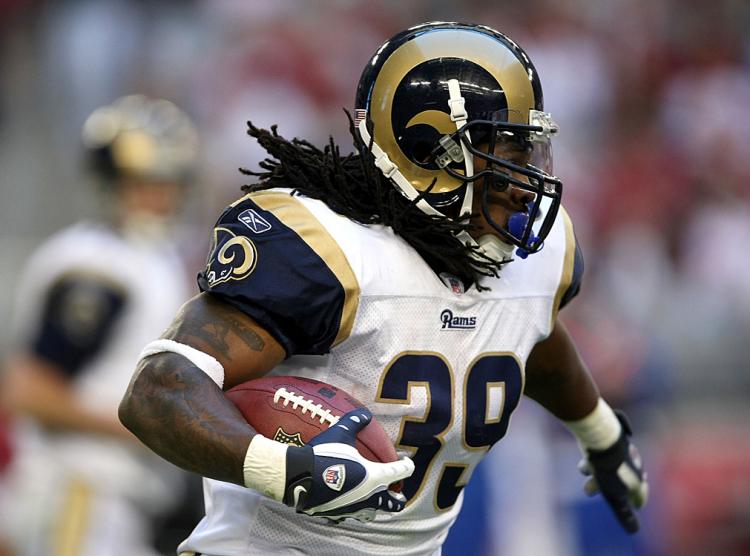 There’s a lot of big name running backs hitting the open market this year and running happens to be a big need for a number of teams. All in all, this could be an exciting free agency period. Steven Jackson- longtime Rams running back- headlines the crop of RB’s set to hit the market. Not far behind him are Michael Turner, Schonne Greene, Reggie Bush, Rashard Mendenhall, and Ahmad Bradshaw.

Jackson and the Rams decided to void the final year of his contract, opting out of his player option and allowing him to enter free agency and sign elsewhere. Jackson is 29 years-old and his prime could be behind him. However, I see the Patriots as a terrific spot for Jackson to succeed. We all know he’s not going to produce the 1,500 yards anymore in his career, but with the depth of Steven Ridley and Shane Vareen, the Patriots running attack becomes deadly. Not to mention the man who would be handing the ball off to Jackson, Tom Brady. Essentially, with the addition to Jackson, and maybe another down field target for Brady to throw to, this offence would be considerably improved from this past season.

Reggie Bush is a former Heisman trophy winner and first round pick. He didn’t quite live up to standards in New Orleans but has put up back-to-back 1,000 yard rushing campaigns since coming to South Beach. Bush is still an explosive back in this lead with tremendous speed and great open field tangibles. The best spot I see Bush fitting into is Detroit. Detroit has been hurting the past few years at running back since Jahvid Best has been battling through a career-threatening injury the past two seasons. Bush would not only improve the run game, which ranked 23rd in the league, but also give Matthew Stafford another viable option in the passing game.

Michael Turner is a short stocky hit-the-hole type runner. He’s 31 years-old and on the decline. He’s coming off his worst season since becoming a full-time starter in Atlanta back in 2008. Turner rushed for over 1,000 yards in the past four seasons, including a 1,699 performance in 2008, only to rush for 800 yards this season. But he would fit great with the New York Jets. The Jets want to get back to the run and gun style of offence where they can run between the tackles. Turner made a living in Atlanta by running in between the tackles and would be a great complement if they can draft or find another player to share duties with him this season. Let’s not kid ourselves here, the Jets have a history of signing older running back castoffs (Tomlinson). Since it looks like Sanchez would most likely be back under center come the start of next season, a strong run game is going to be needed in New York if they have plans on making the post season in 2013.

March 12, 2013 is the day the league opens for business and it should be an excited few weeks for NFL fans. Now only time will tell where these free-agents officially land and where they will officially be able to call home.