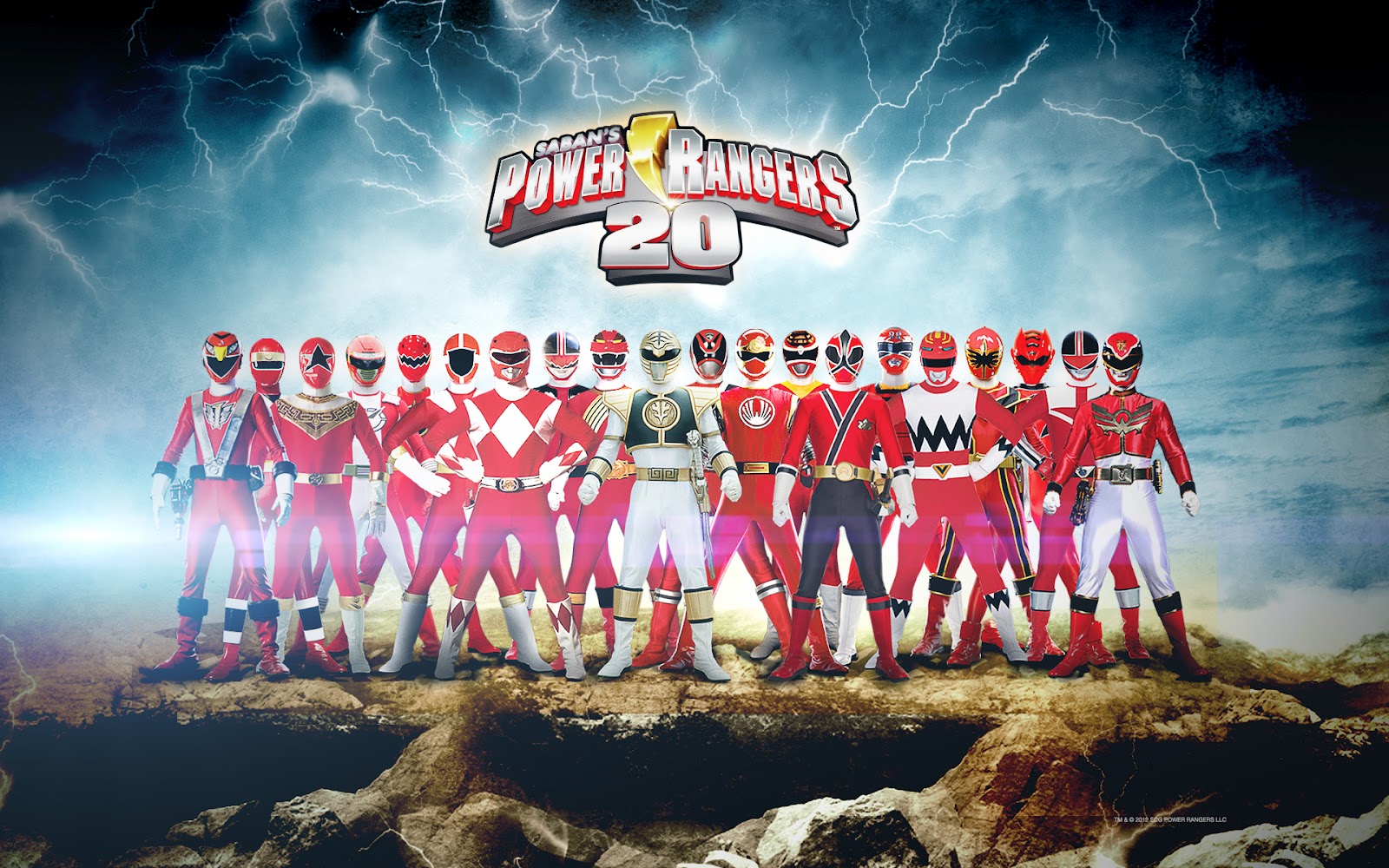 I walked down the aisle of the Toys R Us and strained my neck to look up at the tops of the shelves. I hadn’t hit my growth spurt yet and all the cool things were on the level just above my eight-year-old head. I kept looking and looking until I saw the large black and silver box then I froze in my tracks. I reached up and carefully lifted it down from the shelf. I stared at the picture of Zhane, the Silver Space Ranger, who was holding his Super Silverizer. The Super Silverizer was a laser gun that turned into a sword, undoubtedly the coolest weapon I had ever seen on Power Rangers, and I was holding the toy version in my hands. I was so happy standing there in the middle of Toys R Us, I think I quietly sang the theme song.

Like every kid who grew up in the 1990’s, the Power Rangers series left a lasting mark on my childhood. The first incarnation, Mighty Morphin Power Rangers, had dinosaurs, martial arts, aliens, and spelling mistakes right in the title, just about everything a kid could want. I was four when the series debuted in 1993 and it was immediately deemed too violent and scary for me. Of course this just made me want to watch it even more, and I would catch glimpses of it when people were in the other room, or at the houses of friends with less knowledgeable parents. After a couple years of persistent nagging and pestering, I was finally allowed to watch Power Rangers in my own living room. This was at the start of the Zeo era, the second incarnation of the series, but thankfully Fox Kids seemed determined to play repeats of Mighty Morphin upwards of sixteen hours a day, so it didn’t take too long to catch up. I followed the Rangers’ quest to defend the universe from evil for many years.

I stuck with the show through its yearly changes, from Power Rangers Zeo, to Turbo, In Space, Lost Galaxy,  and Lightspeed Rescue before finally jumping off somewhere around TimeForce. The point is, this show went on for a while, and just because I got older and more cynical and too “cool” for Power Rangers, it doesn’t mean that the show stopped. Power Rangers kept growing and expanding, and its 20th season, Megaforce, just premiered. In case you were counting, that means there are more episodes of Power Rangers than of Cheers, Frasier, and Everybody Loves Raymond combined. You can act cooler than Power Rangers all you want, but name another show that’s made it to 750 episodes.

This is all part of my personal journey with Power Rangers, which led to me watching the first episode of Megaforce, and coming back to the franchise after years away. What I’m about to say might sound crazy, but I swear it’s true. The premiere episode of Megaforce is the Skyfall of Power Rangers. Just like that film, Megaforce is full of references to the series past, but is careful to integrate them into a new story. It’s all here: teenagers with attitude, robot assistants, a giant floating head for a mentor, even the juice bar with its proprietor Ernie is back, with a bit of rebranding as “Ernie’s BrainFreeze” and now looks more like an Apple Store than a dojo. And yes, the show is just a cheesy and corny as it’s always been, and I enjoyed every single second of it. There’s even a scene that has brief glimpses of a future battle with EVERY SINGLE POWER RANGER EVER and just the thought of that made me incredibly happy. I have a feeling that Megaforce is definitely going to capitalize on the wave of 90’s nostalgia that Gen Y’ers like myself seem to be going through. And to be honest I’m already looking forward to the rest of the season.

Power Rangers is fun, pure and simple. I watched it when I was a kid, and now I watched it as someone who meets all the legal requirements of being an adult, and I still loved it. Don’t talk to me about the flaws, don’t point out problems, and don’t be a nitpicker. This show has dinosaurs, martial arts, aliens, cars, magic, explosions, robots, spaceships, and even lasers that turn into swords.  It has managed to keep the same fun spirit for twenty years, and I think that’s pretty morphinomenal.