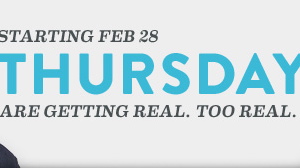 Pilot Watch: The Ben Show/Nathan For You

Comedy Central is really on a roll this year. After using the return of the popular (and hilarious) Key and Peele as a catalyst, the network has been steadily rolling out their new spring programs, with two new shows premiering back to back at the end of February. First up was The Ben Show, followed by Nathan For You, and since they shared a premiere date, a “man-on-the-street” style, and some purposely uncomfortable humour,  it made since to take a look at both of them at the same time.

The Ben Show with Ben Hoffman is an interesting mix of real life interviews, aforementioned man on the street segments, and traditional comedy sketches. The premise is that each episode will follow comedian Ben Hoffman as he undertakes a different “life journey”, with the premiere centering on his quest to buy a hand gun. During the course of his journey, Hoffman interviews a gun shop owner, his therapist, his father, and former Guns N’ Roses drummer Steven Adler (!) who all give conflicting advice as he internally debates the merits of gun ownership. Interspersed throughout the show are traditional comedy sketches that are not linked to the main life journey, but do provide a look into the mind of the host. The sketches are very funny, from the opening “Yobitchuaries”, a rapped version of the newspaper obituaries section, to the animated “Crack Stories with Todd Bridges”, the writing is strong and the segments keep the show moving at a very brisk pace.

Nathan For You also has a strong premise. It follows host Nathan Fielder as he visits real businesses and attempts to create new marketing campaigns in order to boost sales. The marketing ideas are purposely awful, such as creating a new flavor for a frozen yogurt shop that tastes like and resembles feces, to the point where it’s hard to believe that the owners went along with it in the first place. In the middle of the episode there is a brilliant sociological experiment, where Fielder goes on a real job interview at a real law firm. That catch is that for every question that Fielder gets asked, his response comes from a seven year old listening in another room. Fielder wears an ear piece, and has to repeat exactly what the seven year old says, in order to see if his own confidence is enough to get him the job.  The second half finds Fielder convincing a pizza place to institute a ridiculous policy of an additional free pizza if it takes longer than 8 minutes for delivery. The catch is that the free pizza is smaller than a CD, and they still have to pay for the first pizza.

It’s when talking about the type of comedy featured on these shows that I have to confess my personal biases. Both The Ben Show and Nathan For You employ a large amount of cringe and purposely offensive humour. While I admit that these are perfectly valid forms of comedy, it’s never been a style that I’ve particularly enjoyed. The Ben Show is more on the offensive side of things, with sketches that are purposely insensitive, which seem designed to anger the audience and challenge them to laugh. There’s one where Hoffman plays the coach of high school football team who spends his entire half-time speech yelling racial stereotypes at his players. And I must admit, it’s pretty funny. What comes across from the real life segments and what seems to separate Hoffman from other offensive comedians (Anthony Jeselnik, Ari Shaffir) is that he appears smart enough to know he should be ashamed, and doesn’t wear it as a sociopathic badge of honour. Nathan For You is premised on the entire idea of humour coming from the real life participants being uncomfortable, which just makes me squirm. It was honestly hard for me to watch the premiere episode, even though I did enjoy it more in the second half and found it much stronger than the first segment. I know that it’s partly my fault that I didn’t enjoy it, but there’s not much I can do about that.

I really have to applaud Comedy Central for giving shows to two relatively unknown comedians, and allowing them to present their own specific visions of what a comedy show can be. Despite my misgivings about the style of the comedy used, it’s clear that both shows are exactly what the hosts want them to be, and it’s impressive that the network gave them so much freedom. On a side note, it’s a bit odd to note that both these shows have similarities to two Canadian comedy series that have gained a cult following. The real-life elements of The Ben Show are similar to the premise of The Jon Dore Television Show that aired on Comedy Network in the mid-2000’s, while Nathan For You could be seen as an updated, more focused version of The Tom Green Show.

Comedy Central is making a great effort to add unique shows to their programming lineup, and The Ben Show and Nathan For You certainly fit that description. I enjoyed The Ben Show because the sketches were funny and well constructed, while the real life interviews provide a interesting view of the host, despite the awkwardness that ensues. I have to be honest and say I probably won’t watch Nathan For You again, it just makes me too uncomfortable, but once again that is partly my own fault. If you enjoy that style of comedy, it’s entirely possible that Nathan For You could be your new favorite show.

Arbitrary Pilot Grades:
The Ben Show: B
Nathan For You: C