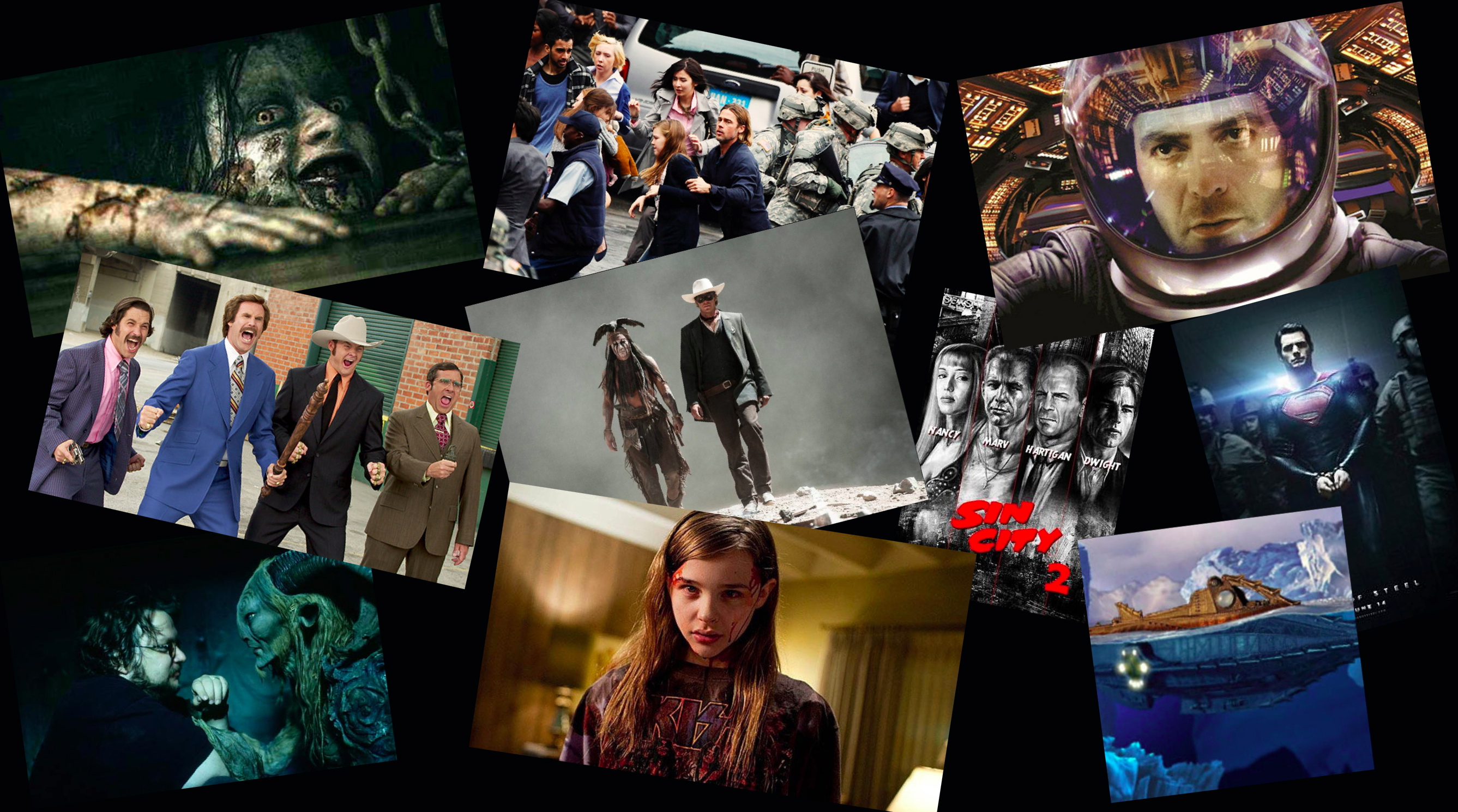 Joe’s Most Anticipated Films of 2013

2012 was a fantastic year for film. Generally it seems that each year is just getting better and better and more innovative, surprises always abundant. Although there will always be plenty of remakes and tons of Hollywood filler, there is still great film that is in need and deserving of your precious time. Here is a list of my most anticipated films coming out this year in 2013; maybe you will find you share such excitement for some, while for others you may merely laugh down upon my poor taste and misguided interests. Nevertheless, I hold such anticipation for:

Carrie
A remake of the 1976 ‘horror’ film, directed by Brian De Palma and starring Sissy Spacek, Carrie tells the story of a bullied and troubled teenage girl who, through her torment and struggle, discovers that she possesses ‘powers’ of sorts. The re-make will be directed by Kimberly Pierce and will star Chloe Moretz as Carrie. I am sincerely hoping that this film does well and that it does the original justice. I found Carrie to be an interesting and intriguing film that sort of worked its way around more conventional ‘horror’ films and I am looking for the update to do so as well.  The teaser looks cool enough.

Superman: Man of Steel
Does this really need explanation? No.  While my eyes laid witness to the trailer, which is simply stunning, tears were shed. It will be released June 14, 2013.

World War Z
I know the title sounds lame but I am a sucker for anything zombie-related. Also, this will be a zombie film starring Brad Pitt; one of my dreams has come true. World War Z will be based off of the book of the same title by Max Brooks, a critically acclaimed writer specializing in the nature of the living dead and will be directed by Marc Forster.  It will be released June 21, 2013.

Lone Ranger
I’ve heard it’s ‘lame’ to still like Johnny Depp but that doesn’t make sense to me, so I’m excited for Lone Ranger. Will it be Pirates of the Caribbean in the Old West? There is a chance that may be so. It will be released July 3, 2013.

Anchorman 2
I am not so much excited for this film as much as I am just hoping that I do not find it terrible. I am just really hoping that this will be funny. Really, really hoping. And I’m hoping that it will provide us with another few years’ worth of quotable lines.  Let’s just hope this film does not spoil the original as I am pretty sure we are feeling a little bit of un-easiness with this one.

Evil Dead
How could you not be excited about an Evil Dead remake? The trailer looks super creepy and it sort of, kind of looks good. The 1981 original- directed by Sam Raimi and starrin Bruce Campbell- is considered a classic of sorts and is great, wholesome, entertaining, 80’s film fun. It went on to inspire a multitude of films that went under the ‘Evil Dead’ name and became infamously awesome.  The remake will be directed by Fede Alvarez and will star Jane Levy. I am hoping that a whole new multitude of Evil Dead films can be made although I am sure the purists are scoffing at me right now. It will be released April 5, 2013.

20 000 Leagues Under the Sea
The fantastical tale of Captain Nemo and his crew has always held my imagination and I am very curious as to how David Fincher will portray the story in his vision.

Sin City 2
I am a very passionate fan of the graphic novels and was also quite fond of the first film. The aesthetic is engrossing, haunting, mysterious, violent, and absurd yet allows for chilling realism. We can only imagine what Frank Miller has in store.

Mountains of Madness
All I can say is that I am also a sucker for Guillermo Del Toro. I do not particularly like Tom Cruise but he can’t hold back my excitement for another installment in Del Toro’s filmography.

Now those are only ten films that I anticipate for 2013, however, there are plenty more. I hear there is something about a maddened Max, a robotic cop, an aquatic superhero, some literary ‘Greats’ transitioning to film, and even a Cleopatra being played Angelina Jolie.

2013 is certainly lining up to be quite an exciting year for film.