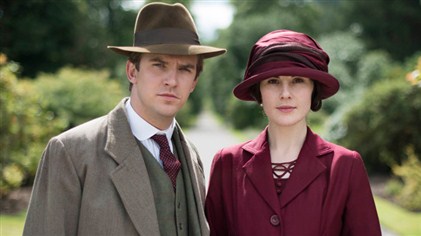 Downton Abbey’s dramatic third season finale was full of progress and change. The changes were subtle at first, before reaching an ending that changed the course of the show.

At first, I was frustrated with this episode. Like the show’s patriarch, Robert, it seemed Downton was digging its heels at anything that strayed from a well-established pattern. It’s part of the charm of the show. There is a sense of timelessness to Downton Abbey, and other aristocratic institutions like it. While it has been threatened by inheritance problems, war, and bankruptcy, there’s never been a huge sense of danger. These problems will inevitably be solved, and life will carry on. Romance and petty rivalries will continue to dominate, and that’s okay, as long as the show doesn’t feel stale.

This episode took some new roads though, and the result was a well-balanced plot; a mix of the usual with the new. There are some humorous storylines- Dr. Clarkson’s awkward flirtations with Isobel, O’Brien had a spat with another maid, and Mrs. Patmore had a suitor. Anna asked Rose, Violet’s great-niece to teach her a Scottish dance so she could impress her husband.

When Rose made her debut, she was a spoiled, rebellious little rich girl and not all that interesting. But after seeing her strained family, and the pressure her mother puts on her, she became more sympathetic. Then she went out of her way to be nice to Anna, and suddenly I liked her a lot more. She will be an interesting addition to the Crawley family next season.

Another dynamic addition to the Crawleys, Branson, struggled to understand his place in his new family.  Branson’s non-conformity has been treated as an inconvenience to the Crawleys, and especially Robert. This week was an opportunity to see the issue more from Branson’s point of view. A new maid, Edna, relentlessly flirted with him, while making him question his role at Downton. This storyline culminated with Branson breaking down and admitting to Mrs. Hughes that he was still struggling with Sybil’s death. It’s impressive Sybil is still being brought up. With a lot of TV character deaths, after an obligatory sad episode, the character is never mentioned again. It’s nice to see Downton not conforming to that. Sybil was a main character, and the consequences of her dying are still felt. Her husband is grieving, and there was some added worry with Mary’s pregnancy.

I was also glad to see Downton didn’t completely drop Thomas’s storyline from last week. Thomas made a move on Jimmy, and was harshly rebuffed. It gave a sense of how lonely and scary it is for Thomas to be a gay man in the 1920’s, but was resolved annoyingly fast. Everyone rallied to help Thomas, including Bates and Robert. Robert. Robert is the least progressive character on the show and has a very old-fashioned idea of morals. While it was good Thomas didn’t get fired or go to jail for his sexuality, I wish they had found a way to save Thomas without some uncharacteristic actions from other parties. This week, Thomas allowed himself to get beat up in order to save Jimmy. The two men made peace, and even agreed to be friends. Hopefully this will be a new beginning for Thomas. I don’t want a completely reformed Thomas- where’s the fun in that? But after being a consistent antagonist for three seasons, perhaps we can explore some new territory.

Someone else exploring new territory- Edith. Her magazine column is a success, and she has a blossoming romance with her editor Michael Gregson. Sort of. Gregson is married, but his wife is committed in an asylum. He’s in love with Edith, and wants her to be his mistress (Whenever there’s a fictional Englishman with a crazy wife getting in the way of a romance, I think of Jane Eyre. At least Gregson’s not keeping Mrs. Gregson in an attic?). Edith refuses, saying she can’t see it ending well. Good instinct. But when she finds out Matthew doesn’t approve, she changes her mind. After being the overlooked daughter, and getting jilted at the altar, I just want Edith to be happy, and she is making it really hard. Come on, Edith. You deserve better.

Matthew has more things to worry about than his sister-in law. Mary is pregnant, and being ridiculously stubborn about her health. She insists on going to Scotland with the family for the holidays. She insists on going out into the countryside for a picnic. Then she dances at a ball. Mary, you are eight months pregnant. Why do you think this is a good idea? It turns out it was a bad idea, because she goes into labor prematurely. But all is well. She gives birth to a healthy baby boy. She, Matthew and baby share a happy moment before Matthew goes home to fetch the rest of the family.

Then he gets in a car crash and dies.

For anyone following production news about Downton, this won’t be a surprise. Dan Stevens already announced he was leaving the show, and Matthew’s death is the only way for him to permanently exit that makes sense for the character. It’s still a blow. Matthew is a peacemaker of the family. He tempers Mary. He speaks up for Branson and Edith when no one else will. He saved Downton from Robert’s mismanagement.

And maybe that’s why it’s okay he’s leaving. He helped save Downton- first with his money, then with his vision and finally with his son. When Sybil died, I talked about how her death created more drama than it took away, and I think it’s the same with Matthew. The Crawleys will have to maintain peace without him, and that’s going to be a struggle. I’m not happy per se. But if your actor wants to leave, what can you do? Dan Stevens did a fantastic job of portraying a wonderful character for three seasons and will be missed. Downton showed that it’s capable of taking major character deaths and using it to continually push the plot forward, so I’m confident it will make this one count.